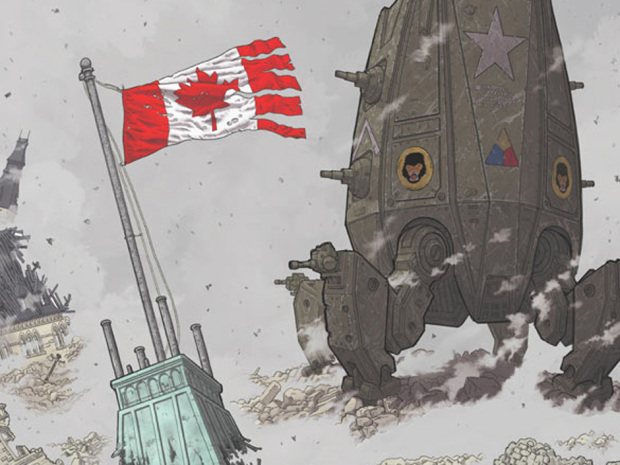 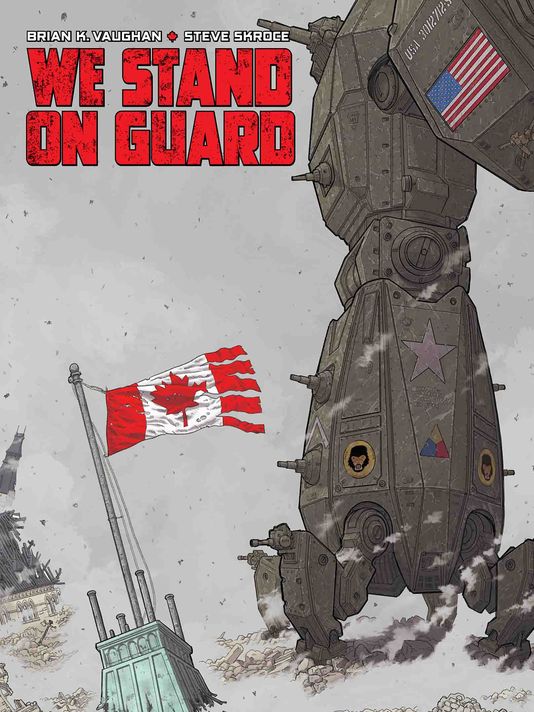 Holy cow this is a fun new book! Think G.I. JOE meets METAL GEAR in a mature rated epic set in the not too distant war torn Canadian wilderness starring a rag tag group of characters and you may get the idea. This introductory issue packs in so much story, action, and character that truly makes me feel like this will be one of Image’s next huge hits! Vaughan tells an interesting story packed with unexpected twists and Skroce’s art is a damn home run. The characters are drawn so well with so many awesome little details that I can imagine all of them as pretty badass action figures. WE STAND ON GUARD needs to be on your radar and I’m already dying for issue #2. 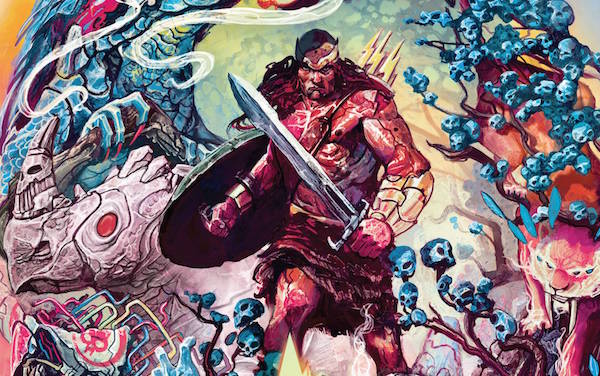 WEIRDWORLD is just that…weird. This SECRET WARS event is so jam-packed with superhero action that it’s refreshing to get some fantasy in the mix full of swords, Blood, Guts, dragons, and…underwater ape warriors? This book is weird in all the right ways and it’s like Aaron’s imagination just exploded and Del Mundo picked up all the pieces and made it beautiful. While I do love me some Cyclops and X-Men action, I must say that besides the main SECRET WARS book, this may be my favorite in the bunch so far. And I know you passed it up on the shelf with all the Marvel offerings, but trust me when I say this one is well worth it nerds! 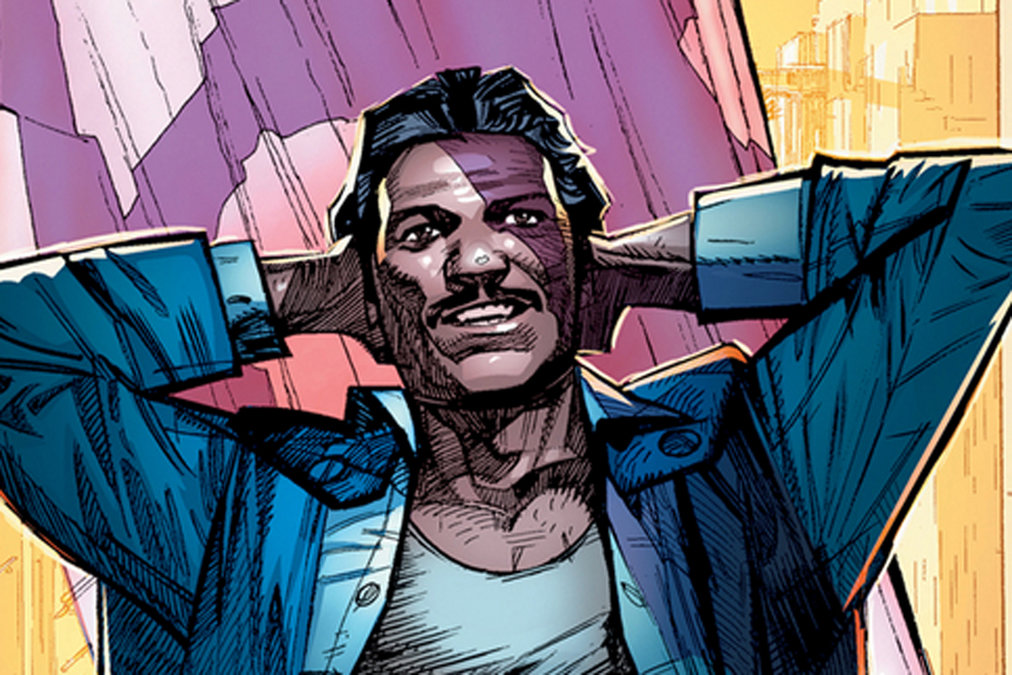 You can never have too much Lando in your life. Our favorite blue-caped hero has his own 5-issue mini-series and it’s really good. Remember we didn’t meet Lando until EMPIRE STRIKES BACK so it’s pretty awesome discovering what this old salty dog was up to before his adventures with Solo and the game. He’s a gambler, he’s a their, he’s a ladies man, he’s…well…pretty much everything we already knew about him. But it’s good to see him in action here alongside his pal Lobot. Can’t wait to see how this adventure pans out. Another win for the new STAR WARS canon. 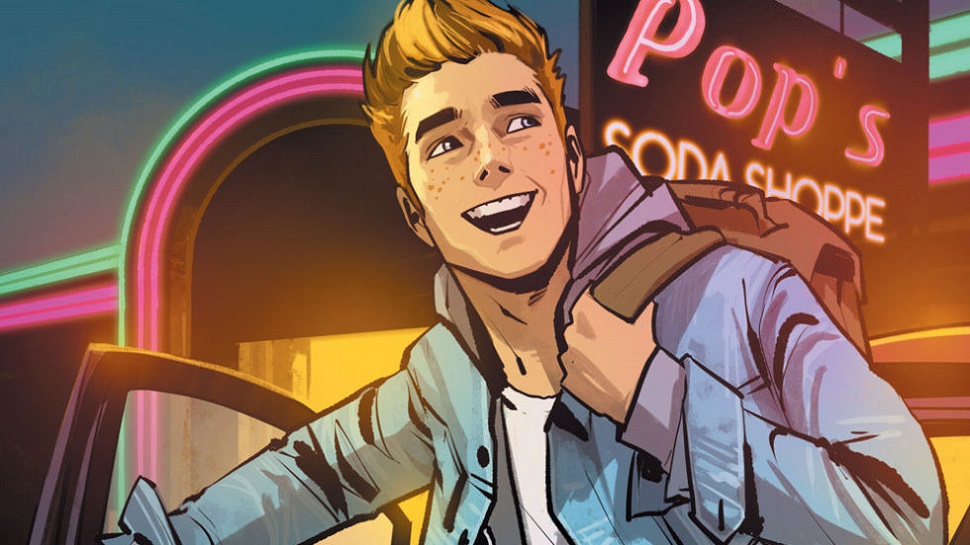 Ok, I never thought I’d be reading an ARCHIE comic let alone having it on one of these lists, but here we are. Archie Comics is rebooting their star performer in a new age take on a classic that we have all at least brushed up against at some point in our comic reading careers. Mark Waid starts fresh and puts a spin on all the characters making them pretty damn likable and interesting angsty problems and all. And SAGA’s Fiona Staples jumps on board to bring it all to visual life in a wonderful and vibrant way. So if you’re in the market for something a little different on the comic shelf, give this Archie remake a shot. It’s probably better than you think. 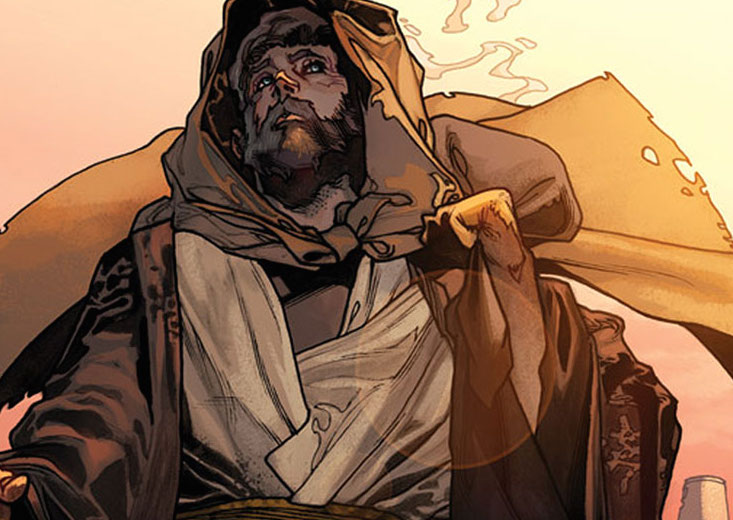 I absolutely love to think about the time after Episode 3 and before Episode 4 where Obi-Wan went from bad ass war hero to crusty old Jedi has-been protecting Luke from all kinds of evil. That man committed his life to protecting that lil’ farm boy and I can only imagine what that life was like. Must not have been fun, seemed pretty loveless, and nobody ever thanked him. It was his duty, his mission, his new destiny. Well, STAR WARS #7 takes a break from the Main tale and gives us a tiny snapshot of what it was like in this one-shot issue. Sure I would prefer a full-on film to tell this story, and I’m sure it will happen one day, but stuff like this will just have to do until we get to see it on the big screen.