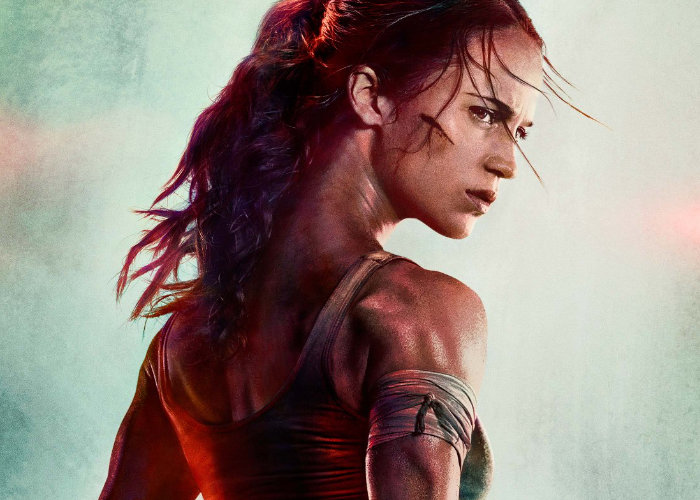 It’s no secret that pretty much every video game to movie film has been more or less a dud. They can be so bad they are good at best it seems. MORTAL KOMBAT, STREET FIGHTER, and SUPER MARIO BROS. comes to mind. That said, whenever a new franchise aims for success at the box office, I’m skeptical. Enter another try at TOMB RAIDER.

Lara Croft, the fiercely independent daughter of a missing adventurer, must push herself beyond her limits when she finds herself on the island where her father disappeared. From Warner Bros. Pictures and Metro-Goldwyn-Mayer Pictures, Tomb Raider is the story that will set a young and resolute Lara Croft on a path toward becoming a global hero. The film stars Oscar winner Alicia Vikander (Ex Machina, The Danish Girl) in the lead role, under the direction of Roar Uthaug (The Wave), with Oscar-winner Graham King (The Departed) producing under his GK Films banner. The film’s production begins on the heels of the 20th anniversary of the wildly popular videogame franchise from Square Enix, Crystal Dynamics and Eidos Montreal.  –Warner Bros.

Besides a slew of games, we’ve already seen 2 TOMB RAIDER films starring Angelina Jolie back in 2001 and 2003. While Jolie was a perfect casting decision at the time, the films were a bit ‘meh’. Now that enough time has passed, it looks like Hollywood is trying again. And I think it’s safe to say this film is heavily inspired by 2013’s video game reboot of the same name. The game was action-packed, easy on the eyes, and cinematic. It’s 2015 sequel was equally glorious.

So with the game franchise back on track, can this new film finally break the video game to film curse? There’s a chance, but again, I remain skeptical. Fingers crossed.