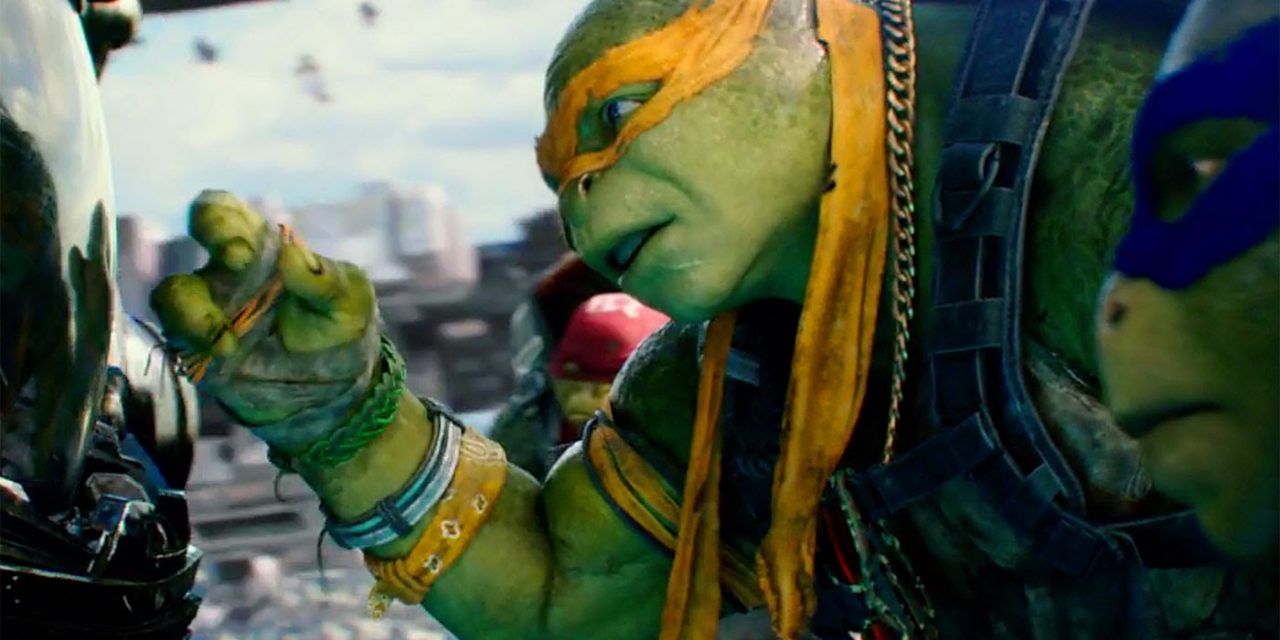 What are the most important traits of the big budget sequel?  More characters!  Bigger explosions!  Lots of skin! Rollerblades!

When I was a kid, there were a few toy sets that I desperately craved. From G.I. JOE, I was hungry for The Defiant. Of course, I had a rich friend who lived across the street who had it.  Shmuck.  The other one was the Technodrome from Teenage Mutant Ninja Turtles.  Also, I am unable to say ‘Teenage Mutant Ninja Turtles’ without singing it in tune to the ‘Turtle Power’ song from the original movie’s soundtrack.  Actually, listen to that song and then come back to this article.

You have to admit, those flows are tight.

It’s 2016 and we’re about to be get a big budget TMNT movie sequel.  How the hell did that happen? Not only does it have Stephen Amell (ARROW!) as Casey Jones, Bepop and Rocksteady, we also get the Party Wagon and the introduction of the disembodied brain of the inter-dimensional alien warlord, Krang. Which, I will admit, I was a little disappointed that this trailer revealed that. I’m usually all aboard for spoilers and what not, but, this one kind of bummed me out.  That’s what I get for not living in a sewer.  If you saw the first TMNT and liked it, then you should obviously be excited for the sequel.  What can I say, Michelangelo makes me laugh.