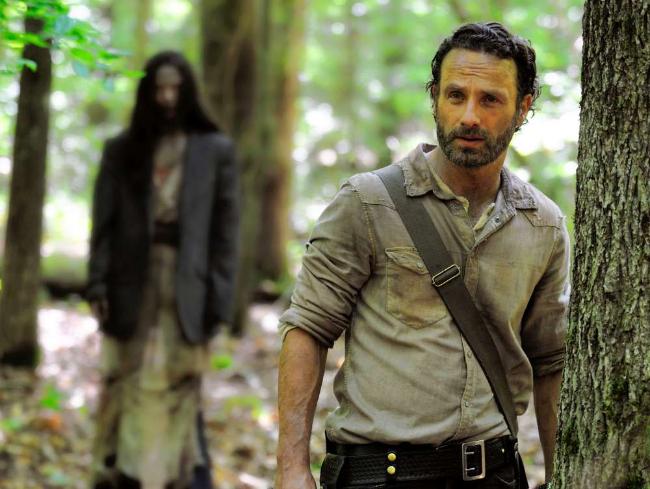 The final episode ever of AMC’s THE WALKING DEAD aired on Sunday and I couldn’t be happier with how they ended the popular series.  The Governor has been defeated.  The prison community is thriving. A council has been organized. People are safe. Even Michonne’s disposition has improved. Rick seems to be pulling himself quite nicely from the wackadoo edge he was dancing on and has even decided to bring Carl along with him.  The war against the Walkers had finally ended! I’ve enjoyed writing these THE WALKING DEAD reviews for you and I’m really going to miss.  … What? The episode is called ’30 Days Without an Accident?’ Oh. Well. Nevermind.

You can’t really blame me for wanting to believe that our favorite group of post apocalyptic survivors had finally reached their happy ending.  The reoccurring theme of Season 3 seemed to consist of repeatedly stabbing everyone in the gut with a dull knife. Literally and figuratively.  ‘Lets brutally murder Lori while she delivering her baby and then have her son finish her off with a head shot.’ ‘Lets finally redeem Merle and then have his brother have to put him out of his undead misery.’ ‘Lets sit back and watch Rick slowly lose his damn mind.’  ‘Lets watch Andrea continuously have to fight for her life, just to have it all end with the most pathetic zombie bite of them all time.’  So, when this season opens with everyone seemingly having their shit together, part of me wanted to believe that maybe.. just maybe.. things were finally going to be okay.  Sigh. Of course not. Leave me alone. 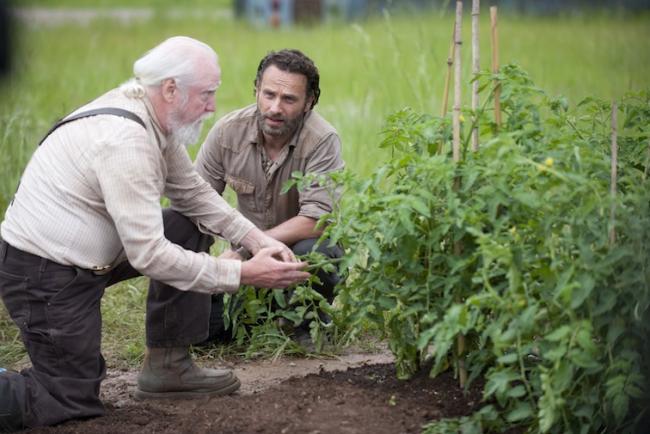 Season 4 opens up with a regular day in the Prison.  Some time has passed since the war against the Governor and everyone seems to be healing quite nicely.  After watching his son almost become a ruthless killer, Rick has sworn off guns. He has also stepped down from his role as leader.  A council has been organized that decides prison matters large and small. Michonne returns from another ‘Captain Ahab’ esque search for the Governor.  Despite not finding him, she seems uncharacteristically happy and content.  Hersel got himself a fancy new prosthetic leg (which I can’t help but wonder if only serves the purpose of cutting down green screen cost?).  Basically, everything  seems to be coming together.  And then, the shit on the horizon starts raining down upon everyone.

The walkers seem to be clustering on certain areas of the fence, instead of spreading out.  This means that their combined strength is causing the fence to buckle and lean.  I can’t help but feel like this this may be the work of one lone rebel prison member and not so much that the walkers are gaining intelligence.  At the beginning of the episode, Beth seems to be in the midst of a blossoming relationship.  But, as soon as her fella gets eaten on a routine food run, her cold reaction seems to indicate a severe level of emotional disconnect.  Or, perhaps she’s the only sane one there.  There also seems to be a virus sweeping the compound.  Randomly effecting both pigs and humans. It’s hard to tell if this virus is related to the actual zombie virus that turned most of the world into flesh eating ghouls or something new. Because everyone is infected with the zombie virus and automatically turns into a walker upon their death, you really can’t say whether or not these two are related.  All we know is that this virus infects randomly and may cause your eyes to bug out and bleed.  It would be interesting to see the Z virus mutate and start to randomly activate inside of regular people. You could have the best compound in the world, but, that still wouldn’t protect you from these sleeper agents.  .. Sleeper walkers.  Sleep Walkers. Sleepwalkers. 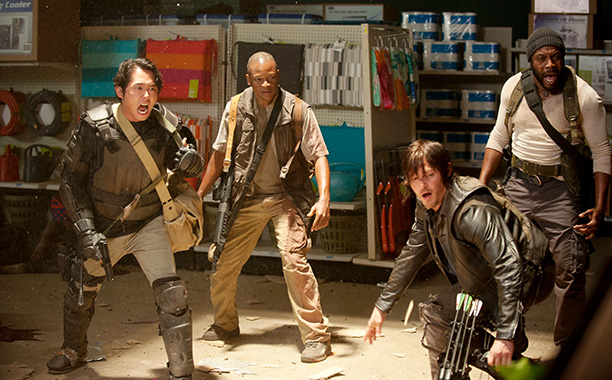 The real psychologically heavy part of this episode dealt with Rick discovering a survivor at her wits end.  She is terrifying and I honestly thought she was some new type of new walker that could talk and think. She attempts to trick Rick into becoming food for her ‘just a head’ husband and eventually kills herself so that she can join him.  This is exactly not what Rick needed so soon after nearly becoming this very thing himself.  I’m also somewhat concerned about Michonne and her quest to find The Governor.  It’s so easy to become wrapped up in revenge and I would hate to see her go down that path.  Especially because she just started to act like an actual human being.  Perhaps this is a hint towards a possible blossoming relationship between Rick and Michonne?  They both know what it’s like to be lost.  To be actually haunted by your past. I can’t help but think that Rick is going to be the one that pulls Michonne out of the darkness.

This season already feels more structured than previous ones.  This one episode displayed a strong sense of structure and awareness.  It hinted at some pretty major developments and yet, felt organic and easy. One of the biggest complaints about Season 2 was the lack of activity on the farm.  It seemed less about the survivors surviving and more about them making a home at the farm and getting into existential arguments regarding human mortality in a post human society.  I don’t think the producers are going to make that mistake again and have this season take place primarily at the Prison.  I guess that raises an interesting question.  Could THE WALKING DEAD still be exciting if the prison survived or do the fans prefer a small group dynamic on the run?   Lets find out… together. 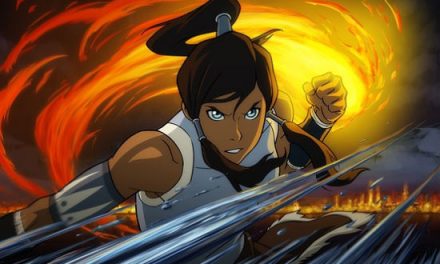 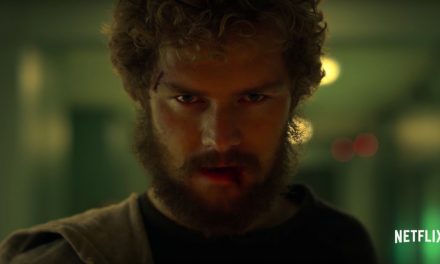 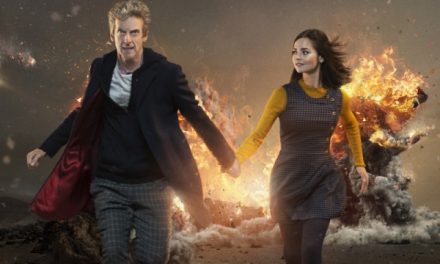 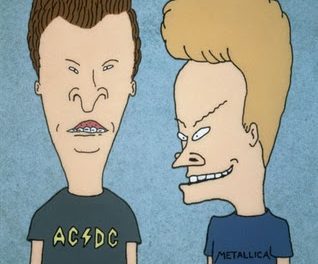