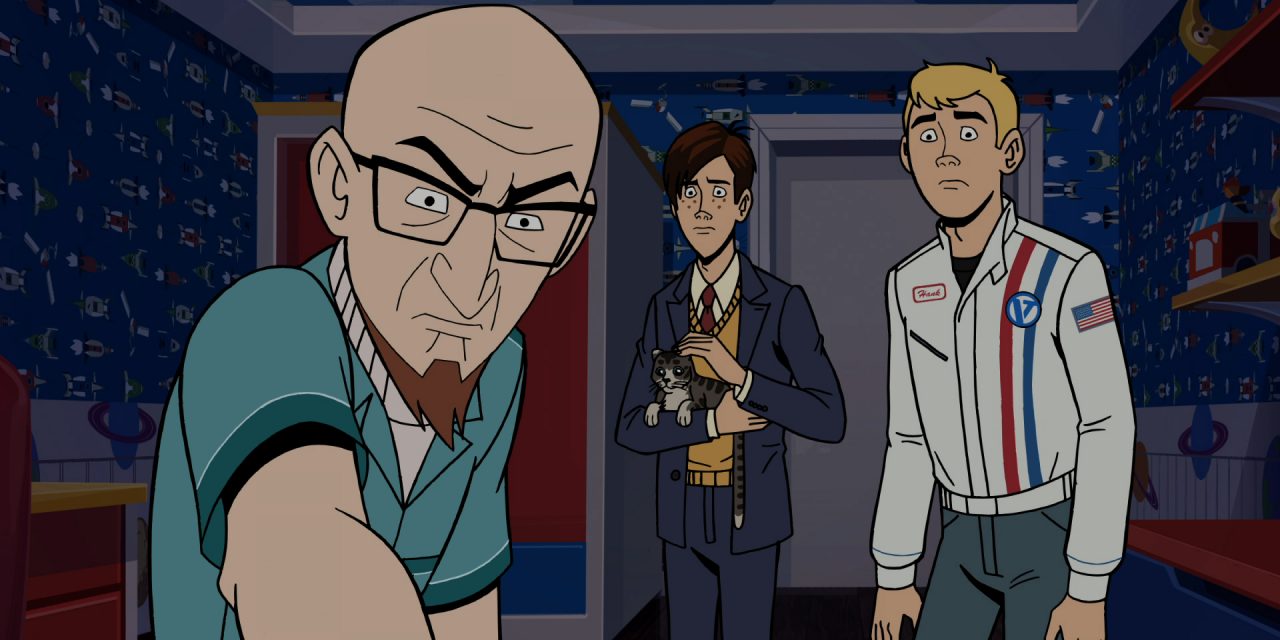 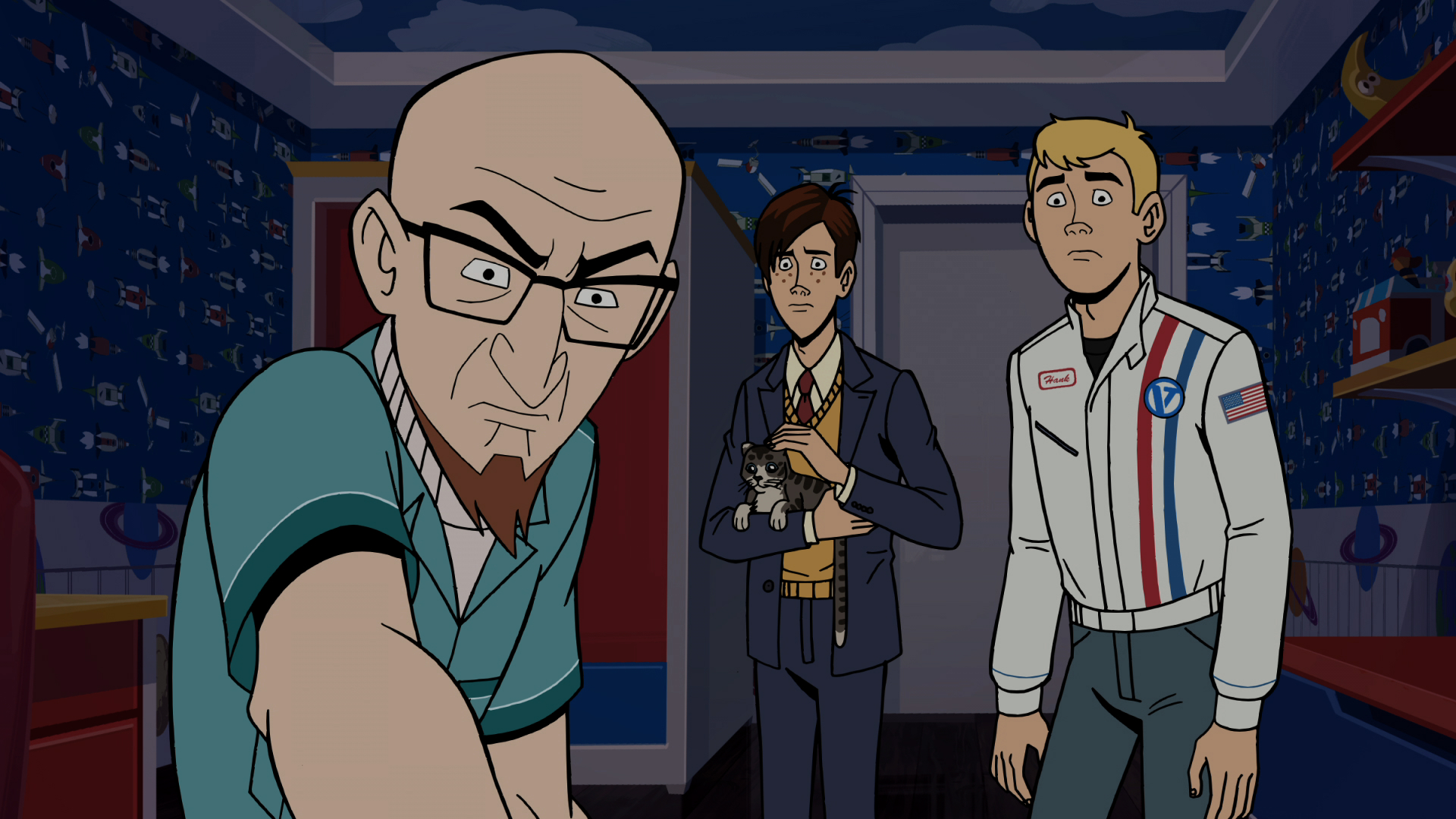 To quote Decepticon figurehead Megatron from the movie TRANSFORMERS: THE MOVIE, “I would have waited an eternity for this.”

It’s been a year since the last VENTURE special ‘All This and Gargantua 2’, and I can’t rightly recall how long it’s been since since Season 5. Not that I have been sweating it, there’s lots and lots of other stuff to “just watch” on TV. Because THE VENTURE BROTHERS is not what I would refer to as television, but rather an animated televised experience.

Season 6 picks up right where ‘Gargantua 2’ left off…or more specifically where the 3 minute internet only epilogue left off.

I’m going to assume if you are currently watching the show, you probably re-watched all that in preparation of the new season…and maybe you even watched them a couple of times to garner some sort of insight on what is going to happen next. However, if the time slot of Sunday at Midnight is any sort of indication…most of you have not. Your in luck, Season 6 in many ways is a complete reboot, and an excellent jumping on point. But, I can understand that being behind a 5 season gun can still seems a little daunting, Don’t worry my darlings…I got ya . So in a nut shell…

Rusty Venture, a down-on-his-luck boy adventurer turned super-scientist and single father of two suddenly inherits a multi-billion dollar company headquartered in New York City. Together with his two teen boys (Hank and Dean), bodyguard (Sgt. Hatred) and helper robot H.E.L.P.e.R they proceed to move into the company’s Penthouse suite living the high life. Meanwhile Rusty’s arch-enemy The Monarch, living in a run-down Victorian in the worst part of town continues his schemes with his most trusted henchman, 21. Where his wife, Mrs. Dr. The Monarch, is trying to put back the pieces of the greatest criminal organization to ever existed…The Guild of Calamitous Intent.

There. Particularities aside, you are all set up to enjoy the episode (Oh, and more Marvel Comic references than usual. Not that it’s essential to enjoying the episode).

Obviously, to long time fans it is much more of a vast, rich tapestry. The ebb and flow of the various characters’ fortunes, fashions and follies fit seamlessly into the Venture-verse. Hank dressing like an ass-hat. Dean wanting to go to college. Rusty’s new speed-suit. It doesn’t feel like a re-boot, course correction, or fan service. Rather the natural progression of a story that is always moving fast forward. Take for example, (and this is going to fall under the heading SPOILER ALERT) Sgt. Hatred losing his job and being replaced by internet fan favorite Brock Samson. While some might assume this is because of fan hatred for Hatred (Not me though…I loved the guy). I am going to have to agree with Hunter (Venture-verse answer to Nick Fury/SHEILD) that Rusty Venture as a billionaire asshole (“Millionaires use cars, Brock.”) that once built an army of Frankensteins may just be out of the abilities of an out-of-shape super-soldier. Of course this character doesn’t just disappear, instead Hatred goes rouge looking like Punisher year one.

It has the ability to go from ‘beyond fantastic’ to ‘boots on the ground’ storytelling in the manner of moments without rattling the cage or seeming out of place. It is as if someone cut together the first AVENGERS film and DAREDEVIL Season One, with your favorite Coen Brothers movie thrown in just for fun…and it played out brilliantly. With moments (in particular this episode’s scene in the elevator with The Monarch, 21, and The Sea Captain) that seem to be reading your inner most private journals, and what you are watching on Netflix. Which is part of the reason a synopsis of this episode is a bit silly. It’s a full 3 hour movie in 23 minutes. Just watch the dang thing…it is an experience.