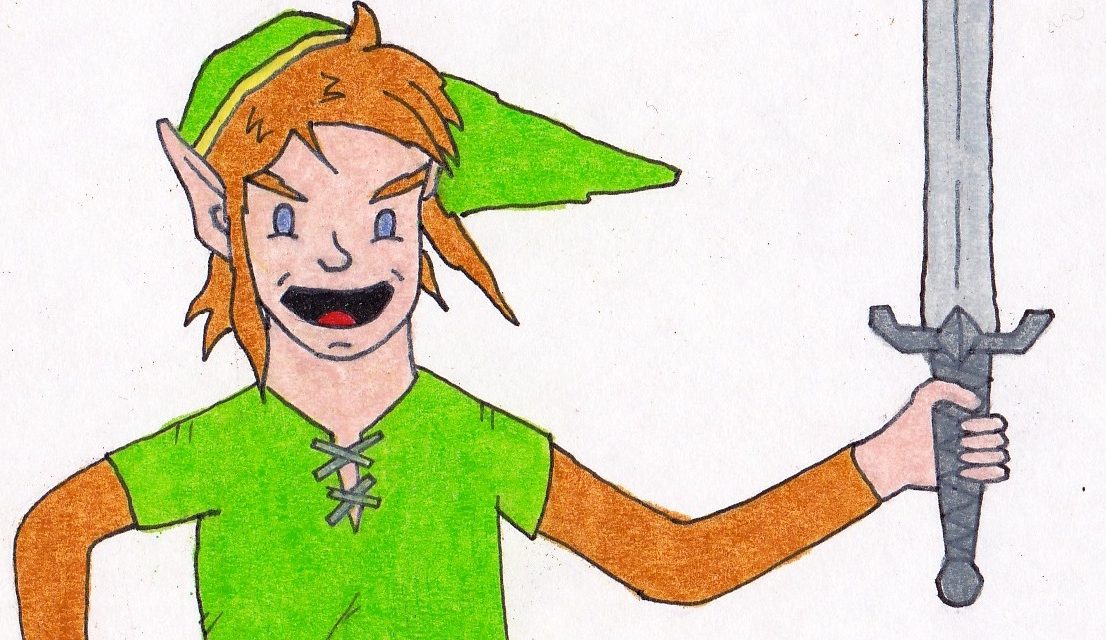 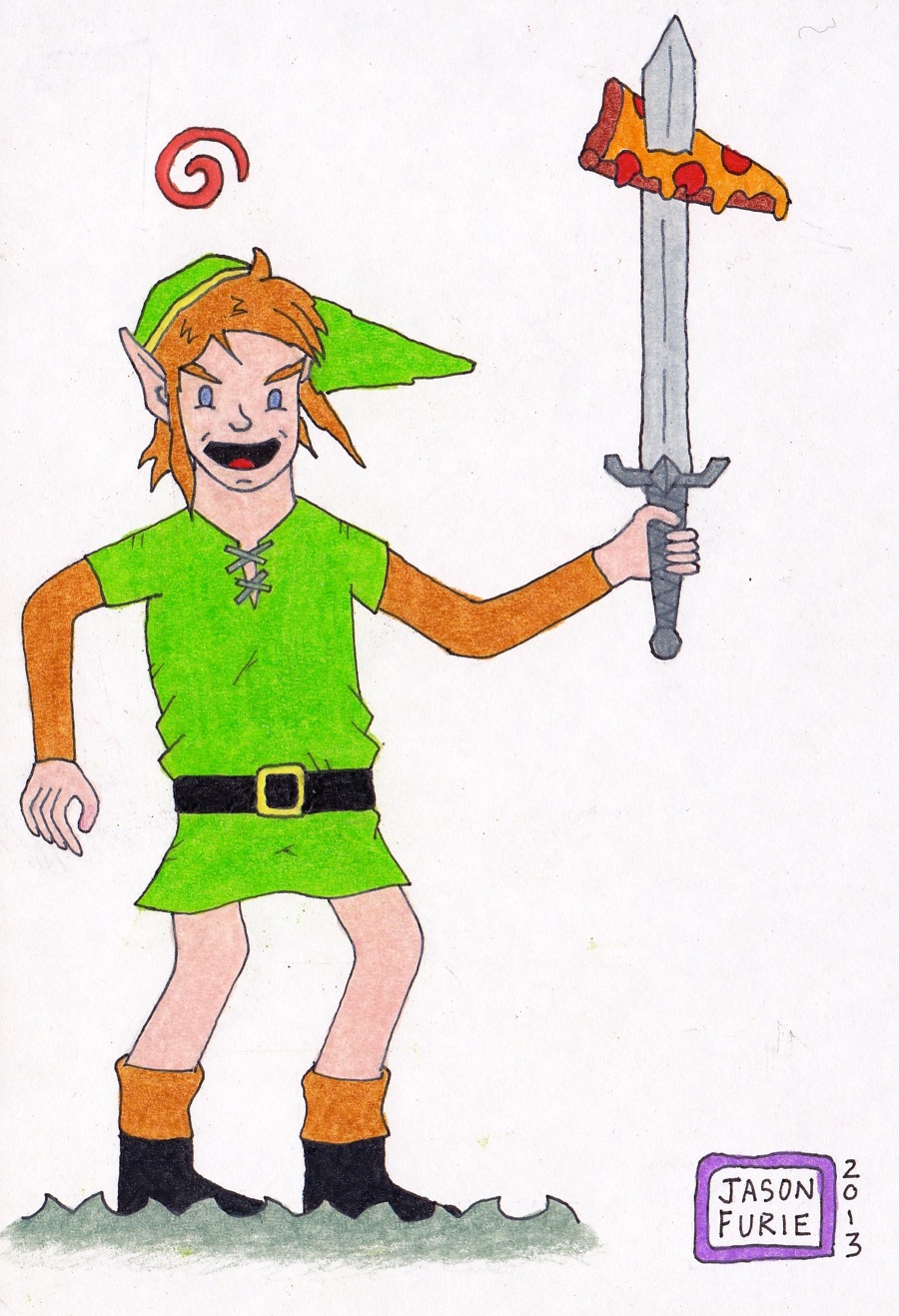 The Wii U has been aching for a great game to play on it for months now. There have been some worthwhile games like Monster Hunter 3 Ultimate and Pikmin 3 but the Wii U has been lacking greatly for the most part this year. Nintendo knew that had to change however and has brought back one of the greatest games they have ever made with The Legend of Zelda: The Wind Waker HD.

Wind Waker HD could have simply been the same game rereleased on the Wii U and upscaled to run in high definition but Nintendo would never stop there. Instead, the game has been overhauled graphically while still retaining the same feel, been streamlined in later parts where complaints were nearly universal, and simplified a big annoyance. Wind Waker HD is quite possibly the best HD re-release ever made. 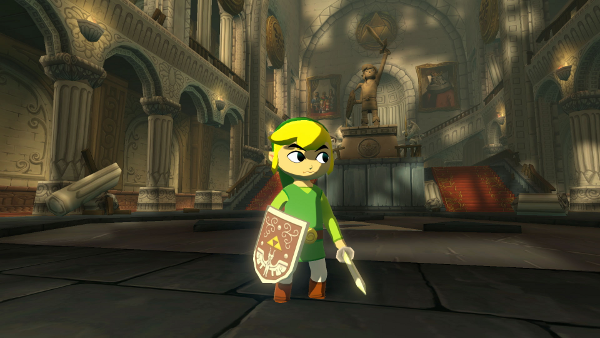 The story is one I greatly enjoy. The world is covered mostly by a huge ocean and, as the hero Link, it is your job to set out to sea after your sister is kidnapped by a giant bird. It is a simple enough setup but also greatly appreciated when you compare it to the long, drawn out openings of Twilight Princess and Skyward Sword. Both are great games but could have used quicker entries into the adventures. Wind Waker HD does great with this and always keeps the story rolling along at a fairly brisk pace; especially when you take into account a new upgrade you can receive early in the game.

In the original release of Wind Waker, the player had to constantly battle with the wind when trying to sail their ship around the huge ocean. That isn’t an obstacle any longer as you can buy the Swift Sail from an auction house as soon as you make it out to the sea in the game. You aren’t told that the sail is available so be sure to go to the auction house while you are at the island already. This speeds up the long treks across the sea that are frequent quite a bit and makes it much more satisfying not having to change the direction of the wind all the time. 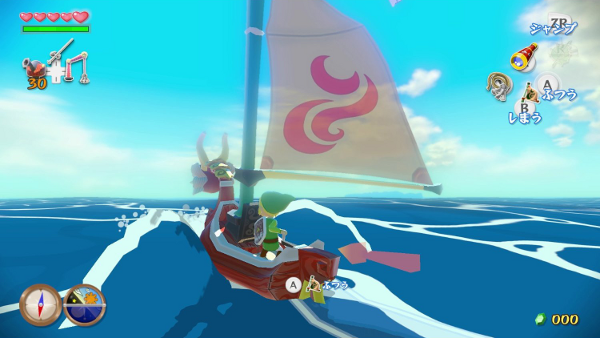 Another major upgrade to the game comes from fixing the hunt for the Triforce late in the game. It was originally a huge pain to have to find eight Triforce shards in the ocean through sea charts. Now the player can find five of the shards on land and only has to search for three of the shards in the sea. This originally slowed the endgame down a lot so the changes here are a welcome way to help speed the player toward the ending they are already excited for.

The gameplay in Wind Waker HD is just as good as the first time I played it back on the GameCube. Controls are tight and the combat is still some of the best to ever grace the series. There are some notable improvements however that add even more to an already fantastic experience. When using the grappling hook, originally you had to stop to change your direction but now you can simply change direction while you swing. You can also use the gyroscope in the Gamepad to aim the items like the bow or telescope. These changes are small but when you add them up they really do make a difference and enhance the experience as a whole. 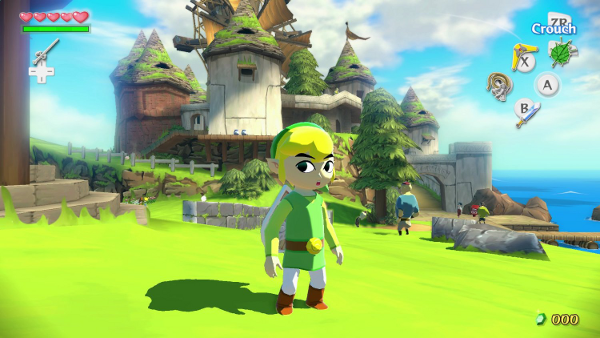 The visuals in Wind Waker HD are absolutely fantastic. If you were to find someone that had never heard of The Legend of Zelda and told them that Wind Waker HD had just released for the first time, they would likely believe this is absolutely a game built on modern hardware. The character models all look fantastic and the vibrant colors are all the more so thanks to the incredible work Nintendo has done to make this game shine even more than before. There are some issues with bloom effects (haven’t heard that since the early PS3 and 360 days) but they are negligible when compared to the beauty of the rest of the game.

The soundtrack in Wind Waker HD is as much a triumph now as it was when it originally released. From the uplifting music that plays as you roll across waves in the wide open sea to the ominous tones in each of the dungeons, this score is one that people will be hard pressed to really dislike. I am especially a fan of the music playing as you face off in combat. Each strike from the enemy or yourself adds to the music and really adds to the excitement of each encounter. 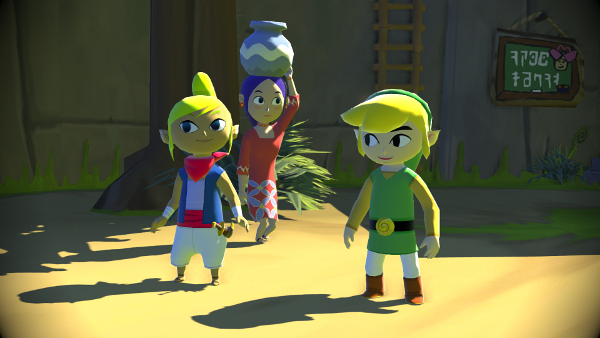 The Legend of Zelda: The Wind Waker HD provides a fantastic experience for anyone that loves action adventure games. It feels less like Nintendo added a new coat of paint to the game and more like they built a replica but took out any of the flaws from the original. Wind Waker HD is just what the Wii U needed. A great game that can help show people just what the Wii U can do.