The Original Trailer for THE LAST WITCH HUNTER is the Best! 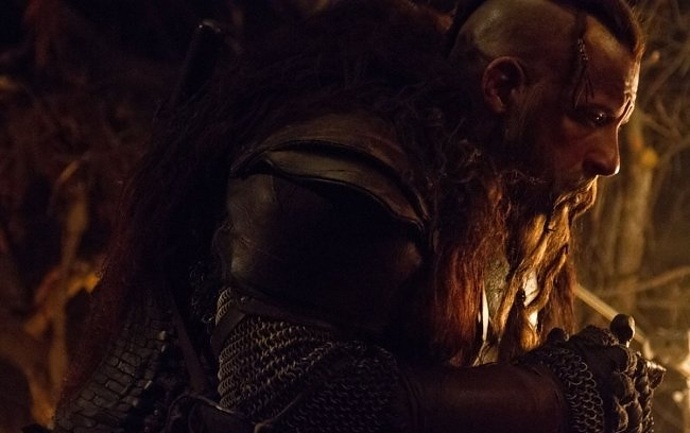 THE LAST WITCH HUNTER has kind of slipped under the radar this year considering how soon we are from its release. It’s being directed by Breck Eisner (THE CRAZIES) and stars Vin Diesel (FURIOUS 7). And really, the below synopsis and initial trailer sums it all up. Most of what I have to say about it should be heard after you watch the trailer. Behold.

The modern world holds many secrets, but the most astounding secret of all is that witches still live amongst us; vicious supernatural creatures intent on unleashing the Black Death upon the world. Armies of witch hunters battled the unnatural enemy across the globe for centuries, including Kaulder, a valiant warrior who managed to slay the all-powerful Queen Witch, decimating her followers in the process. In the moments right before her death, the Queen curses Kaulder with her own immortality, forever separating him from his beloved wife and daughter in the afterlife. Today Kaulder is the only one of his kind remaining, and has spent centuries hunting down rogue witches, all the while yearning for his long-lost loved ones. However, unbeknownst to Kaulder, the Queen Witch is resurrected and seeks revenge on her killer causing an epic battle that will determine the survival of the human race.

Wow. I’m going to go on record here and say that most people already hate this movie and think it looks stupid…BUT I am going to predict that it just may be pretty damn awesome. The trailer starts with that familiar Diesel feeling we all get when we see his beautiful shiny head pop up in a trailer. It’s not a bad feeling but more like a “I know what I’m getting into” feeling. To some that’s a good thing, to others not so much. For me it pretty good. PITCH BLACK and FAST 5 are my favorites of his. And then Elijah Wood shows up as a scrawny priest who appears to be obsessed with Diesel’s character and I’m sold! Like 100% sold! What a good casting choice! Not to mention Michael “I wuv you more than you know Master Wayne” Caine and Rose “You know nothing Jon Snow” Leslie. Too perfect. And the cherry on top was Vin wielding a flaming sword because why not, and his perfectly pompous line “You know what I’m scared of…nothing” making this one of the best trailers in recent memory. Everything mentioned above and that trailer gets me in the damn theatre. Well done.

For those that like to be current, here is the latest trailer. Which is cool I guess, but not as much as the first!