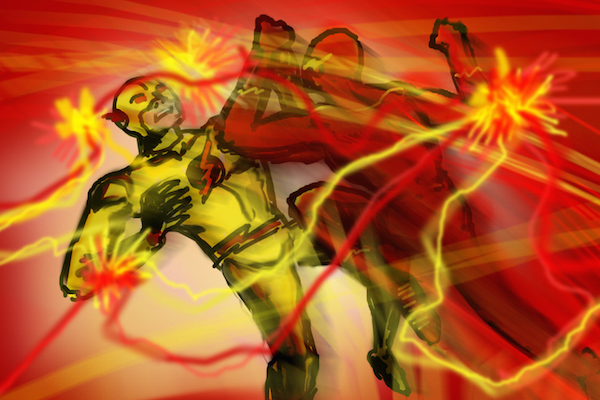 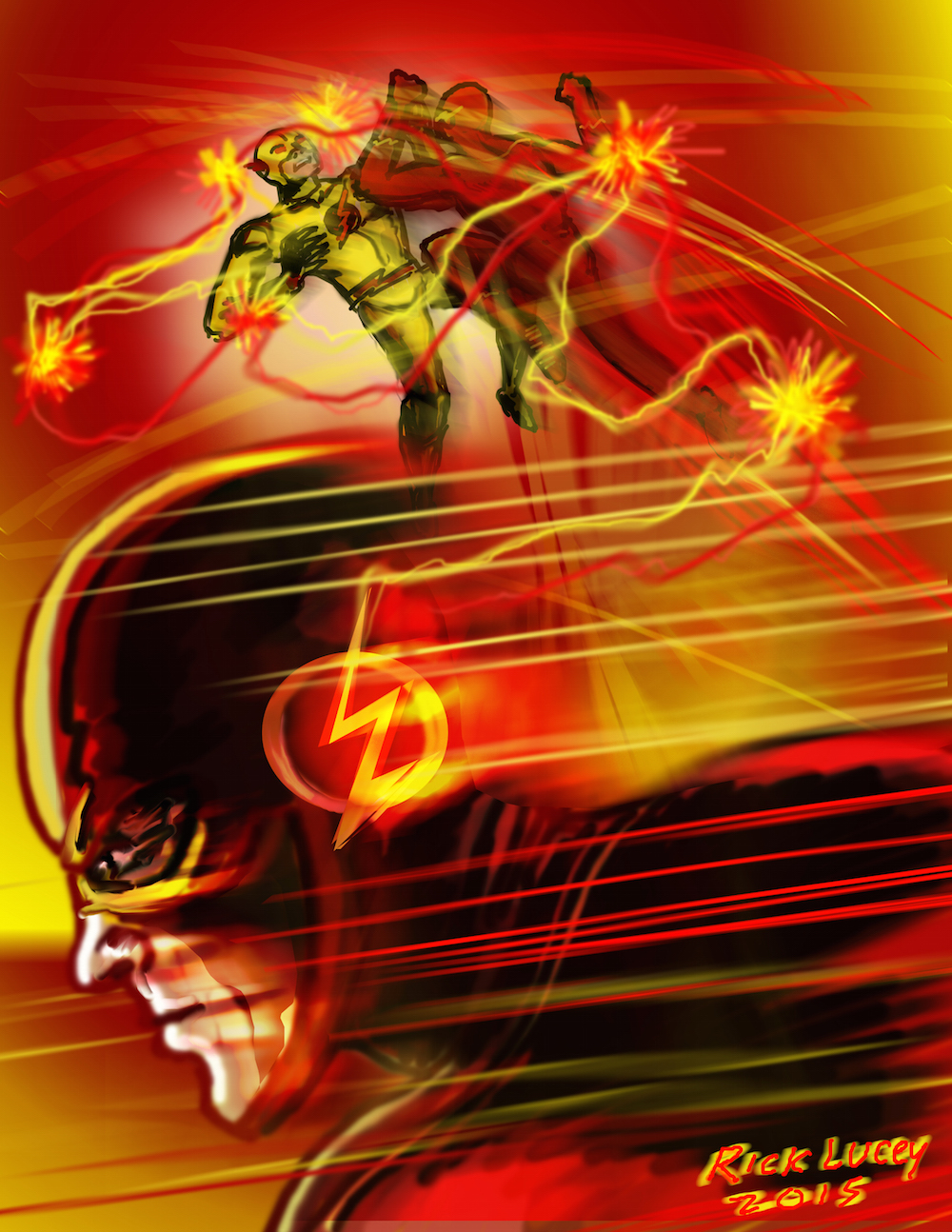 Heads up everyone! SPOILERS are abound!

When Barry Allen was introduced on ARROW, I was as skeptical as the rest of you jerks.  The world of ARROW was a comic book world, yesssssss, but it was a world that didn’t stray too far into the outlandish. No aliens. No magical powers. Just a regular man with insane abs and some green arrows. Okay, I wouldn’t call Stephen Amell a ‘regular man.’  Have you seen that bastard climb the salmon ladder? Quiver ladies, quiver. (QUIVER!!) The tone of ARROW was that Oliver Queen was just a regular (ahem) millionaire who had become so completely insanely bad ass that he was able to become a vigilante on the mean streets of Starling City.  A not as smart, Batman knockoff.  No.  I can’t call it a Batman knockoff.  I mean, yes… a lot of the same elements exist, but, it definitely grew into its own thing.  ARROW would occasional dip its toes into the slightly comical waters with ideas like ‘super solider serums’ and boxing glove arrows, but, the rules of their reality seemed somewhat similar to our own.  When FLASH was announced, not only would it be introducing the concept of super powers into this blossoming DC Universe, it would also be introducing it to an audience that possibly wasn’t ready or willing to stretch their imagination that far.  Yes, OBVIOUSLY comic book fans were the core demographic and of course they wanted DC superpowers on TV, but… You gotta admit that it seemed a little out of place. Diggle STILL can’t believe it. It was a gamble that kept on getting more gambly. Not many people remembered the 90’s television show, but, people still had recollections of SMALLVILLE. ARROW seemed to prove that they could reboot a character quickly after appearing on a completely different TV franchise. I guess we were all wondering if lightening would strike twice. (Get it? Lightning?) The creators of FLASH seemed to completely understand the expectations of their ‘would be’ audience and looked right into their eyes and dared them to blink. DO IT. BLINK you son of a bitch.  Not only did FLASH hit the ground running (eh) but, it masterfully and fluidly maneuvered it’s way right into the heart’s of comic book fans all over.  Quickly! While remaining loyal to the source material, FLASH brilliantly delivered a television show that comic book fans had always hoped for and did it in a way that felt fresh and exhilarating.  Each new episode would somehow find a new way of dishing out an enjoyable piece of comic book fare, while simultaneously delivering legitimate drama and winking their goddamn eyebrows off at the audience. “One of their test pilots went missing.”  ARE YOU FRIGGIN KIDDING ME?!  What I’m trying to say is, they built a serious show, full of great characters, complex story lines, Easter Eggs up the wazoo, amazing visuals and enough twist that it became more than just a typical ‘comic book show,’ it ended up being an outstanding weekly hour of television.

Now, In the honor of FLASH being the ‘fastest man alive’ and one of the few shows this season to speed into my heart as quickly as it did, I will try to deliver the fastest season recap that I can…  May the Speed Force be with me…

Barry’s mom murdered!  By… a speedster? A yellow and red one? But whaaaaaa?
Lighting gave me abs?  Yes it did.
I’m not to sure about this ‘Cisco’ fella… Yuck it up, kid.
Barry, your dad use to be on that other TV show…
Harrison Wells seems like a nice guy.
Any problem can be fixed by running around it fast enough.
Achievement unlocked!  You just gained the Oliver Queen Seal of Approval.
Wow. Harrison Wells is from the future?
Flash lost in a ‘Crisis?’  CRISIS?!  RED SUN!
Harrison Wells can WALK! What the Butt!
Eddie ‘Thawne?’  That definitely won’t end well.
This is only episode 1?!
‘Metahumans’
Multiple Man.  Poison gas Man.  Weather Dude.  Teleporting Girl. Metal Man.
Wow. Harrison Wells is a sinister son of a bitch?
Okay, this Cisco kid is growing on me.
Barry can run on water.
Barry can run up buildings.
Barry can time travel?
Don’t blow it with Felicity.
You blew it with Felicity.
Isn’t ‘Ronnie Raymond’ Firestorm?
Bad ass train rescue.
Meta-Prison… This is totally going to blow up in their faces.
The ‘Streak?’ C’mon.  Just call him the FLASH already!
I really like Joe.
I really like Cisco.
I really like Caitlin.
I REALLY like Captain Cold.
Wait. Caitlin Snow?  SNOW?  Oh boy… this won’t end well.
GRODD.
C’mon, Iris. That’s clearly Barry!
The ‘Man in Yellow’ is a real jerk.
The FLASH. Finally.
‘Why is Barry’s old man blood in his old house?’  Duh.
Wells has direct access to the future?
Flash vs the Arrow.
The Arrow wins? Of course he wins.  Abs.
Holy shit, it’s the two guys from PRISON BREAK!
Wells has to be the Man in Yellow.  Right?
I’m sorry… the ‘Reverse Flash’
No… they both are in the same room together.  Huh. But.  Huh.
Joe suspects Harrison.
Ronnie is flaming…
F.I.R.E.S.T.O.R.M.
Iris and Barry kiss.  Reveals identity to her.
Wells reveals he’s the Reverse Flash and KILLS Cisco.
Time travel. Never mind. Forget the last two things.
Eobard Thawne. Eddie Thawne?  Time travel, son.
Bye Bye Good Wells,  Hello Evil Wells.
Barry suspects.
Speedster fight in the past!
Mark Hamil reprising the Trickster.  Huh.
Joe continues to suspect.
Wells is a little bit too familiar with speedstering.
Barry knows the truth.
Barry created Gideon, the artificial intelligence that Wells uses to spy on the future?
Cisco doesn’t take it well.
Caitlin doesn’t take it well.
Barry confesses his love for Iris and she doesn’t take it well.
How can Cisco remember an alternate time line?
Lets set a trap Wells.
Wells sets a trap for us!
I forgot that Wells had cameras everywhere…
Quick trip to rescue #TeamOliver
Rogue prisoner relocation.
Of course, Captain Cold betrayed you! That fool is cold as ice!  And he’s willing to sacrifice…
Flash, Arrow, Firestorm team up.
Wells is trapped!
“Why’d you kill my mom?” “Cause I hate you.”  But, I’m a goodish guy now.
Go back in time and save mom?
Alternate time line?
Joe is sad.  I’m sad.
Back to the past!
Killer Frost?  Flash Museum?  Barry in prison? Legends of Tomorrow!
Future Future Flash is like ‘nah, son.  Don’t do it’
Time Portal Sucker Punch all up in Thawne’s face!
Eddie shoots himself in the chest.  Time travel ripple party.  No Eddie = No Thawne?
SO MANY PARADOXICAL QUESTIONS!
Jay Garrick!
If Thawne never existed than who killed Barry’s mom?
Time Portal Black Hole.
Just run around it!
Hawkgirl?
SEASON 2!

How pumped am I for the next season?! The best part is that I have no idea what direction it is going to take.  Will there be changes to the timeline that Flash will have to navigate?  (Will the actual Wells return to life? Will his father still be in prison? Will Eddie still be dead? What happened to Gideon?) The drastic alteration of Eobard Thawne having never existed HAS to play some huge part in the show? Paradoxes and shit. I have faith in the writer’s grasp of quantum mechanics that they know there has to be some after effects.  Who will the main villain be? Will the glimpses that Barry saw in the Speed Force come to fruition? The finale sort of introduce the existence of alternate time lines and the potential of more ‘speedsters’ running around. I just want to NERD about this show for 20 more paragraphs.  But, in the honor of ‘speeding’ through’, I will just say that whatever they throw at us in season 2, I am confident it will be outstanding and I can’t wait! 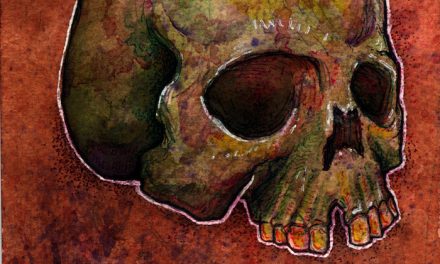 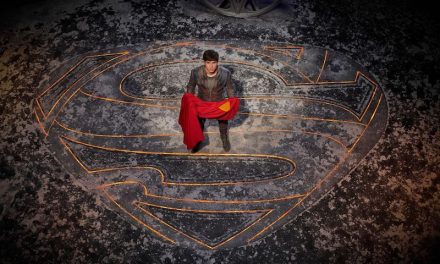 SyFy’s KRYPTON Is Here And I Just Can’t… 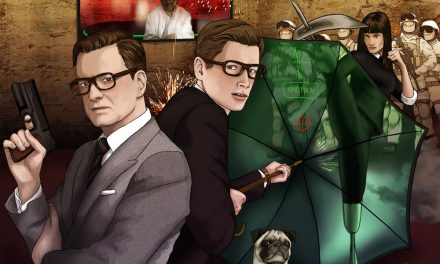 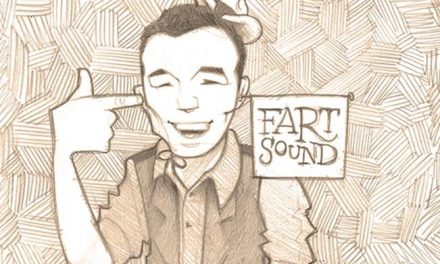