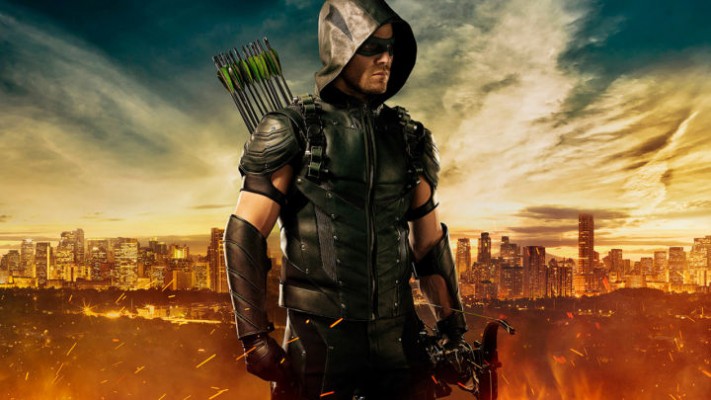 You know what, Oliver?  I’m happy too.

I’ve been dipping my toe in that big ole nerd pond called the Internet and the general consensus is that FLASH has got it’s shit way more together than ARROW.  Say whhhaaaaa?  Okay.  I can see that. But, not really.  FLASH hit the ground running in its first season and consistently kept its shit tight and outrageous.  There was time travel and ‘Crisis’ references in the first episode.  We had ‘Green Lantern’ Easter eggs and the season ended with Jay Garrick deciding to cross dimensions for a cup of tea.  It’s pretty hard to top that.  ARROW’s problem is that it’s one of those shows that you have to tell people to ‘push through the first few episodes of season 1 before it becomes a full on addiction.’ That’s always a tough sell.  The FLASH greatly benefited from the learning curves ARROW navigated. Despite the elements that people enjoy pooping on, throughout it’s 3 seasons, ARROW has always been a show that had me cheering throughout each episode.  Yes, I can see why some people call it ‘Batman without the Batman,’ but, it’s not that at all. Okay, it kind of is, but is that such a bad thing?  It has a lightheartedness that a Batman show could never have. Oliver plummeted into that ‘Batman Darkness’ and came out of it with a smile. He even calls himself ‘The Green Arrow’ now. He’s smiling and cracking jokes!  SMILING! CRACKING JOKES! Every episode is sprinkled with some sick ass fight scenes.  Everyone on the show is having a friggin blast. Plus, it’s one town over from FLASH land. Why all the hate?  TELL ME!  YOU HAVE FAILED THIS WEBSITE. PRAY TO MEEEEEeeeee!

Ahem.  The season premiere of ARROW started with Oliver and Felicity living a boring life in the suburbs.  Part of me wanted Oliver and Felicity to only have been living together for a week and still somehow had an entire mantle of photographs together. Oliver enjoys running without people chasing him. He enjoys eating without people trying to poison him.  He enjoys reading the newspaper without someone trying to strangle him.  They are happy and boring and there’s an engagement ring blah blah blah.  Let’s go check in on Team Arrow, I mean,  Team Diggle in Star City! Things don’t look so good.  There are like, these super hardcore mercenaries called ‘Ghost’ and they keep like, robbing banks and assassinating government officials and no one can stop them and they are so tough. Diggle is still grumpy with Oliver over the whole ‘kidnapping his wife and endangering his baby’ business that happened last season.  C’mon, Diggle, that was so last season. Naturally, Laurel and Speedy, I mean Red Arrow, I mean, Thea want to bring Oliver back into the game, but, ‘he’s out of the game!’  ‘But, we need him!’  So, they show up at his house and he’s all like ‘I’m done with that life’ and they are like ‘we’re getting nowhere and these guys are tough’ and Felicity is like ‘our friends need us so we should already be in the car’ and Oliver is like ‘tight.’ Team Arrow is reunited!  Yeah, Diggle is grumpy about it, but, he knows it was the right thing to do bringing Oliver back into the game.  They all stop a train from blowing up a train station and shit is looking good and ripe with Anarchy.  ARROW season 4 is bringing it nice and sweet-like!

How can you not be pumped about this season? Damien Darhk is the villain of the season and he’s got magical powers! Powers that come from the same stuff that ‘grease the levers that god uses to move the world.’  Shit yeah! Felicity name drops Cisco like he’s in the other room.  Thea is starting to show signs of ‘Lazurus madness.’  Past Oliver (the one with the wig) is back on the island. Everyone is all freaked out when they realize that Damien is using magic and Oliver is all like ‘ya’ll didn’t know magic existed?  I’ve seen some shit that would turn you white.’ CONSTANTINE is going to make an appearance this year!  Yeah, the one from that show that got cancelled.  Has this ever happened ever in the history of television?  I dunno. Laurel’s got a sweet ass wink.  Someone dies in 6 months!  Who’s gravestone was that?  I’m guessing it’s Diggle’s wife. Or Officer Lance. When does Zatanna show up?  How about Nightwing?  Why, Lance?! How many FLASH crossovers are we getting?  How does LEGENDS OF TOMORROW factor into all of this?  Oh shit, Sara is going to come back to life. Listen. This season is going to be bonkers and you’re bonkers if you don’t watch it.  Word.

You have to admit, the ‘you have failed this omelette’ joke was pretty tight.

Holy Batman-without-Batman Batman! We have another review by Matt DeLight because we love this show so damn much! Click the image to head on over! 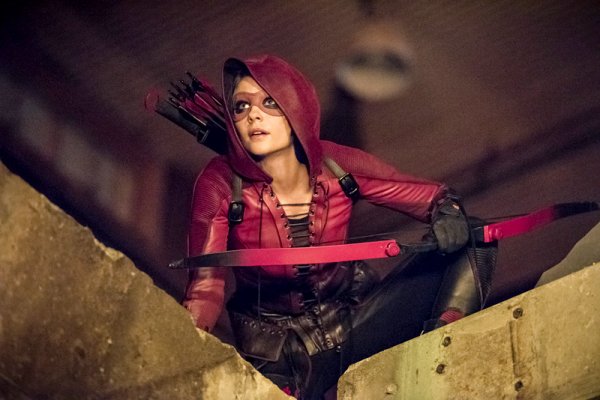 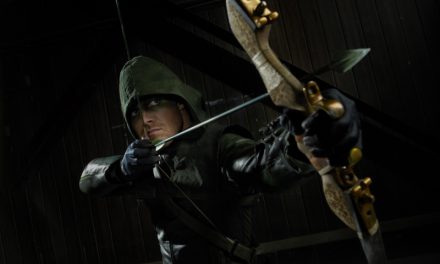 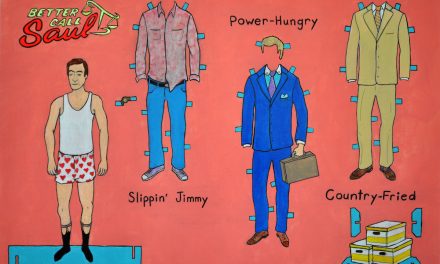 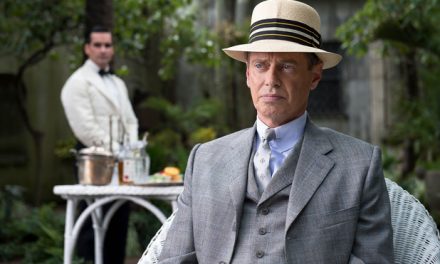 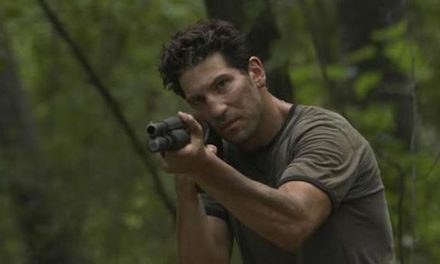