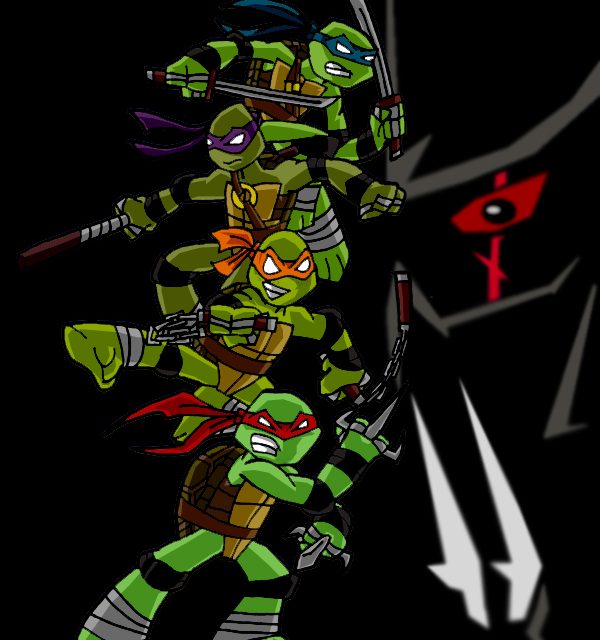 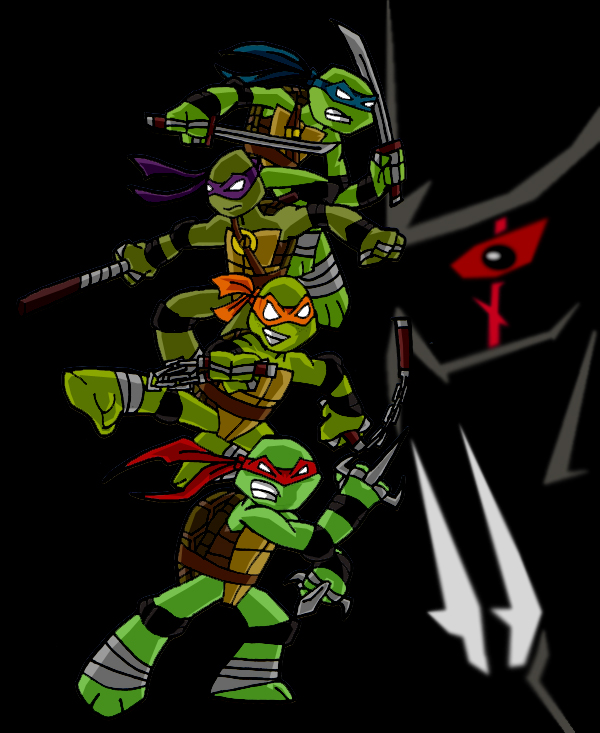 The first season of this latest re-imagining of Kevin Eastman & Peter Laird’s fabulous reptilian foursome has been quite a ride.  The Teenage Mutant Ninja Turtles have had their fair share of dangerous battles with not just the invading alien race known as the Kraang, but also with hideous and bloodthirsty mutations and a seemingly unending supply of Foot Soldiers led by the ruthless Shredder.  All the while, plot elements have been dropped here and there pertaining to the importance of Turtle ally April O’Neil to the Kraang’s nefarious schemes as well as piecing together the shadowy history of the longstanding blood feud between Shredder and the rat sensei Splinter (formerly the human known as Hamato Yoshi).  Right from the start, you got a sense that everything would culminate in an all-out war between the Turtles and their enemies.  The season finale, appropriately titled “Showdown,” delivers on all of that anticipation.  Stakes have been raised and some character dynamics have shifted, but this 2-part episode definitely shakes things up while also providing the series with plenty of space to grow in the future.

The Kraang are making their final move for conquering and mutating the Earth to suit their needs.  From their home base in Dimension X, they have summoned their leader, Kraang Prime, and the ultimate weapon known as the Technodrome.  Meanwhile, their human ally, Shredder, sends his Foot Clan to abduct April and deliver her to them since apparently her highly attuned mental abilities are required by Kraang Prime to bring about worldwide mutation.  It becomes a two-pronged attack as the Turtles work to stop the Technodrome from destroying New York City (as well as the world) and Splinter is forced into a final confrontation with his old rival.

As a TMNT fan from way back, seeing this new creative team take various aspects of the franchise’s history and place them in a different light has been very entertaining.  For example, this latest version of the Shredder is far darker and menacing than previous incarnations.  He is relentless and tormenting in his pursuit of Splinter and the Turtles and his fighting skills appear to be unmatched (save for one giant rat, of course).  And you finally get to see the face behind the mask in this episode.  Needless to say, it’s not pretty.  The new interpretations of concepts from the 1987 cartoon are especially interesting to me (as it was that show that first got me tuned into the Turtles).  The Technodrome, originally looking like a giant golf ball on a tank tread, has been given a makeover in the 2012 show into an enormous floating Death Star-like eyeball that dispatches deadly laser beams and orbs to abduct humans and mutants alike.  Kraang Prime, based off of the villainous brain from the ’87 show, is now a gargantuan monster in a tentacled mech suit.  And to top it all off, he/she/it is voiced by Roseanne Barr (ROSEANNE).  Find me something more terrifying in a Turtle villain.  I dare you. 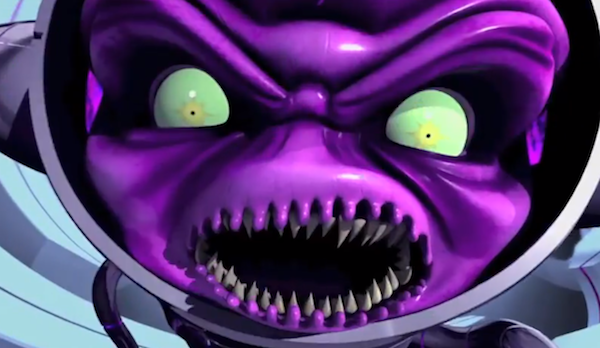 The action is on full throttle in “Showdown” as the invasion begins.  The Turtles fight the Kraang on land, sea and even sky as they hang glide high above New York City in an attempt to bring the Technodrome down.  They pull out all the stops in their arsenal, from using their Shellraiser battle van to burst through Kraang HQ to their ninja attack drone Metalhead as the advance man in their initial battle.  Even stoic Master Splinter brings his A-game as he takes on not only the Shredder by himself, but also his mutant enforcers Dogpound and Fishface and cadre of Foot Soldiers.  All the while remaining hooded and moving like someone straight out of ASSASSIN’S CREED.  Yes, the computer-animated action is in top form.  But thankfully, that’s not all there is to this story.

Throughout this first season, TMNT has been adept at providing genuinely humorous as well as serious character-building moments.  There were a lot of great scenes for each character in this finale.  Leonardo comes to realize that he may have to make some very hard choices as leader in order to ensure victory over the invading Kraang.  Donatello’s tech-wizardry is at its best here as he decks out the team in an assortment of awesome gadgets and weapons.  Michelangelo brings the funny to every battle without being overly annoying, but still proves to be a capable bad-ass.  Even hot-headed Raphael holds his own as an invaluable team member and has a few touching moments with his brothers and his pet turtle Spike when things start looking grim for the green heroes.  April may have been relegated to “damsel in distress” for this outing, but at least her capture was a matter of grave importance on a global scale rather than the standard kidnapping she may have suffered in previous incarnations.  The show runners are still playing their cards close to the vest with regards to April and her mysterious abilities that are so coveted by the Kraang.  I have a few theories myself, but I suppose we’ll have to wait and see as more of her background is revealed down the line.

However, the best moments of the season finale, without a doubt, belonged to Splinter and Shredder.  As I stated before, hints had been dropped in previous episodes dealing with the messy history between the two, and a great amount of their shared hatred for one another finally came to a head in their one-on-one fight at the Foot Clan’s hideout.  This was the confrontation I’m sure many a fan had been waiting to see and boy was it a doozy!  It was the first time Splinter had faced his enemy since his mutation, something that even caught Shredder a little off-guard.  The battle quickly escalated as Shredder taunted his adversary about losing his family and eventually resulted in a revelation that, understandably, shook Splinter to his core.  I honestly felt pretty bad for the guy at the end of the episode as his journey ended up with the most emotional resonance.  The encounter has undoubtedly set up a new dynamic for the character and I, for one, am anxious to see how this particular storyline plays out.

The voice cast for this show is stellar and they continued to prove that in this finale.  Even Barr as Kraang Prime sounded like it was the most natural choice for that character’s voice.  I have had no complaints about the talent they have brought in to give the Turtles and their supporting cast new life.  Plus, it was just cool to hear Rob Paulsen (the voice of Raphael from the ’87 show) talk about the Technodrome again…even if he is doing it as Donatello this time around!

If I had to take issue with some things in the finale, I would probably start with Splinter’s initial hesitancy to join the battle against the Kraang, but his willingness to send his “sons” into what could very well be their final mission on their own without a second thought.  But at least April called him out on it and it did put him in a position to have a kick-ass face-off with Shredder.  Also, I kind off wished that certain dramatic turns had more of a lasting influence beyond the finale and into next season.  Without giving too much away, the episode sets up one of our heroes to make the ultimate sacrifice not once, but twice.  Not saying that I would want a favorite character of mine to permanently bite the bullet, but it could have been interesting going into Season Two without that person around all the time and then gradually re-introduce them back into the show (POSSIBLE SPOILER: especially given the recent dark turn of said individual in the continuing IDW comic book series).  I understand that this is primarily a show intended for younger viewers and that you don’t want too many adult themes playing heavily on their mind, but this is a show where the heroes kill off monstrous mutations and alien brains on a weekly basis and ninja masters fight to the death in raging infernos.  If you’re initially willing to give the Turtles (and the audience) a perilous no-win scenario, why not take a chance and follow through with a little harsh finality?  Give us more WRATH OF KHAN and less INTO DARKNESS, as it were. 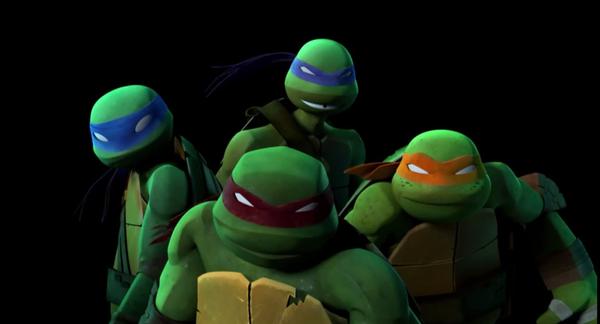 Those issues aside, “Showdown” really was a fun way to wrap up the first season of TEENAGE MUTANT NINJA TURTLES.  From the get-go, this show has done its job effectively and has made the longstanding franchise accessible to a new generation while still providing plenty of intrigue and nostalgia for longtime TMNT fans.  Although I may have preferred seeing more shake-ups with the characters and situations at the end, this finale does give them a prime position to tell more entertaining stories and allows for characters, such as Splinter, to further develop and re-focus their mission throughout the series. This was undoubtedly a high note for Season One to go out on and, thankfully, the scheduling has worked out well enough that Season Two is only a month or so away and is already chock-full of re-interpreted fan favorites (such as a certain hockey mask-wearing vigilante as well as a certain berserker fifth turtle played by the 1990 movie voice of Donatello, Corey Feldman).

Turtle Power is back and it’s only getting stronger! 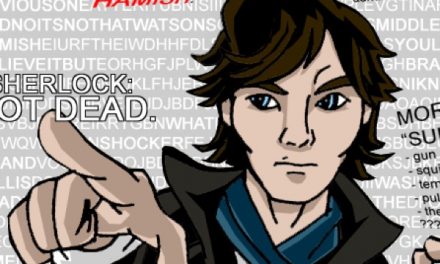 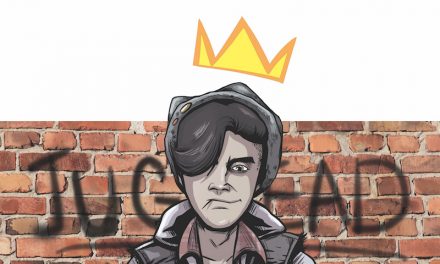 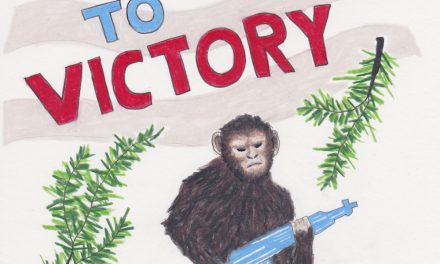 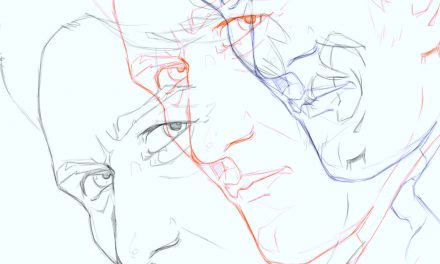