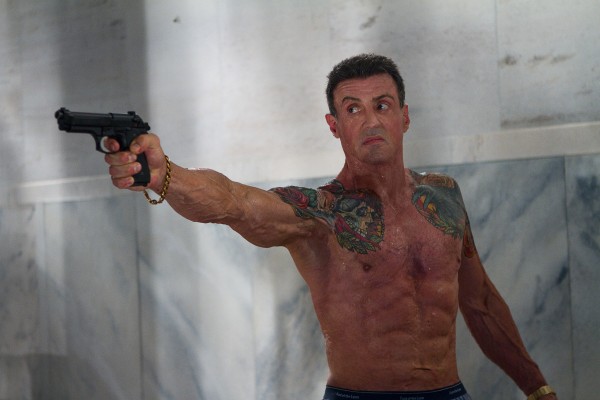 BULLET TO THE HEAD is a film based on Alexis Nolent’s French comic book of the same name and serves as the newest action flick starring Sylvester Stallone (THE EXPENDABLES) and will be directed by Walter Hill (THE WARRIORS). BULLET TO THE HEAD tells the tale of a New Orleans hitman (Stallone) and a young New York cop (Sung Kang; FAST FIVE) who must form an alliance in order to take down the killers of their respective partners. The film also stars Jason Moma (CONAN THE BARBARIAN) and Christian Slater (HEATHERS). Check out the trailer below and see if it gets your blood pumping.

Well, that was “kind of” cool. I mean I am a huge fan of Stallone in action flicks but this one just looks a bit too cliche and predictable. There were also  a few too many bad one liners and way too many comparisons to the RUSH HOUR series. Even though the trailer may have been a bit undewhelming, this IS an action film Starring the kick ass Sylvester Stallone. The fact that there’s an axe battle never hurts the odds of this being a cool movie either. So while I remain on the fence for this one, I will likely see this film when it releases next year.