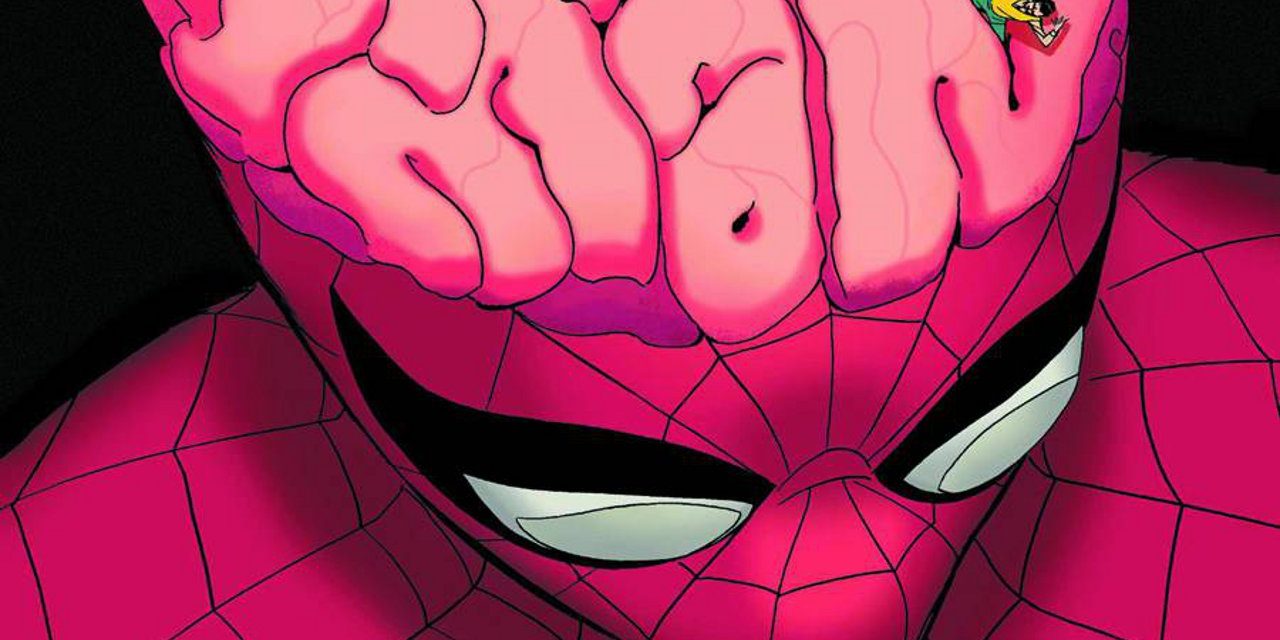 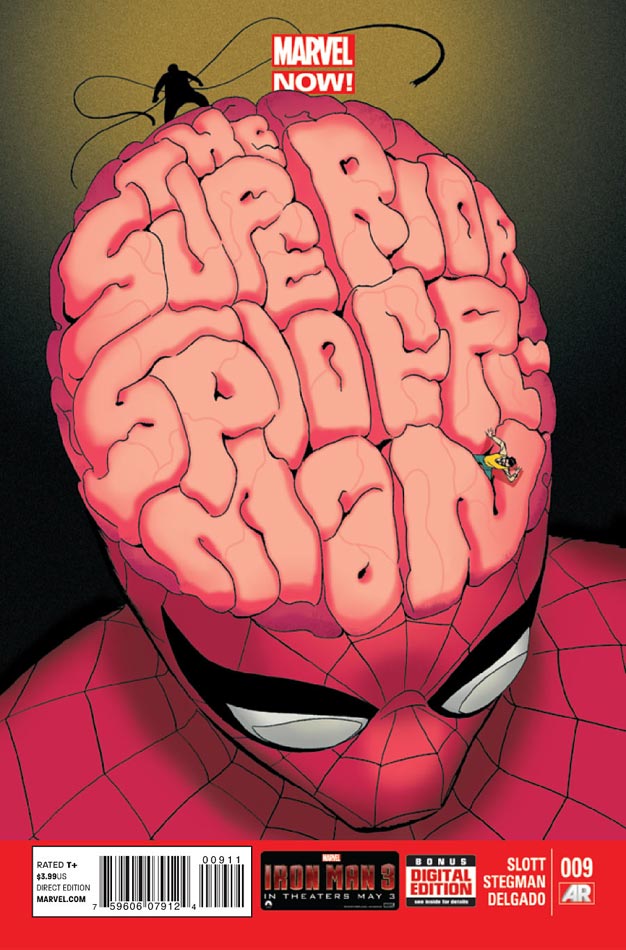 Doc Ock has stolen Peter Parker’s life and body. All the while, Peter secretly remains within and fights to regain control. At the end of this issue (presumably) only one will remain. Two minds enter. One mind leaves.

God, SUPERIOR SPIDER-MAN is so hard to read. The brilliance of this book is that it has us screaming for Peter to defeat Doc Ock and reclaim his body, while simultaneously showing us a Spider-Man that has accomplished more in weeks than Peter has in years.  Dan Slott does a beautiful job of constantly showing us why Doc Ock running around in Peter’s body is something of an outrage. How his Machiavellian tactics corrupt the very essence of Spider-Man.  He’s brutal and unrelenting. He’s callous and cruel.  He is also extremely brilliant and driven. We want Peter to return because it’s the natural order of things, while also hoping that when he does, he keeps all the improvements that Ock has implemented. Peter is being shown that he has a responsibility to be more than just a neighborhood hero.  He can actually be a major force for good in the world if he just applies himself.  We want Peter to be better.  But, perhaps this lesson has come too late? 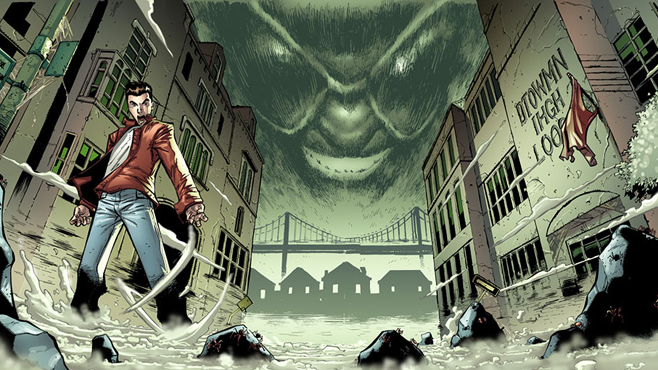 In the middle of their fight, Ock beautifully turns the tables and presents to Peter his many accomplishments in his short time as Spider-Man. How his brutality and heartlessness will only result in more lives being saved. He doesn’t care if people love him or laugh at his jokes. All he cares about is protecting lives. (Bullshit?)  He shows Peter a moment of weakness where Peter momentarily contemplated letting a little girl die, to protect his presence from Ock. At time moment, we doubt Spider-Man as he doubts himself.  Would Peter have let a little girl die to protect his presence from Ock? (Of course not) Is Ock actually the Spider-Man the Marvel universe needs? (Ehhh..) We share Peter’s desperation to regain his body, but never once question if Peter actually deserves to be Spider-Man, until now. 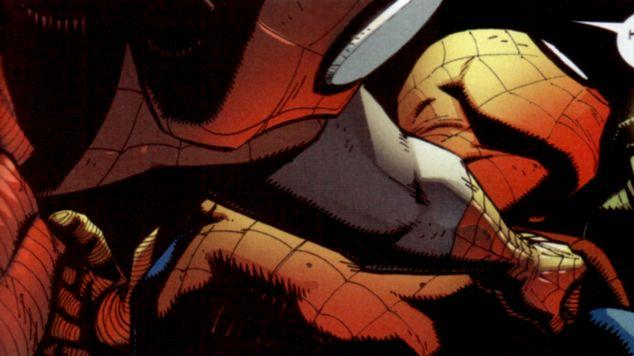 As the book reaches its end, we watch the walls come tumbling down. The memories of Peter Parker are erased. Doc Ock has won. He is now free of Parker. A Superior Spider-man with little to no conscience. A self defined hero bent of doing the right thing, based solely on his own definitions of ‘right.’ Without the memories of Peter fueling his quest, will he even be a hero anymore? All hope of Peter returning have seemingly been taken away. Will we learn to accept this new Spider-Man or truly realize, that despite all his short comings and failures, Peter’s strength of heart makes him the only one worthy of carrying the mantle?  Is being a hero more than simply knowing what has to be done?  Is it a strength of character that Ock just doesn’t possess?

PS. While I do want Peter back…. I want him back only after Ock gives Normal Osborn the ass kicking that Peter never could.  Man, I hate that guy.

To see what started us down this road, check our Mike McG’s  review of SUPERIOR SPIDER-MAN #1

In the San Francisco area looking for your next SUPERIOR SPIDER-MAN comic book fix? If so, Check out MISSION: COMICS & ART. They’ve got you covered!