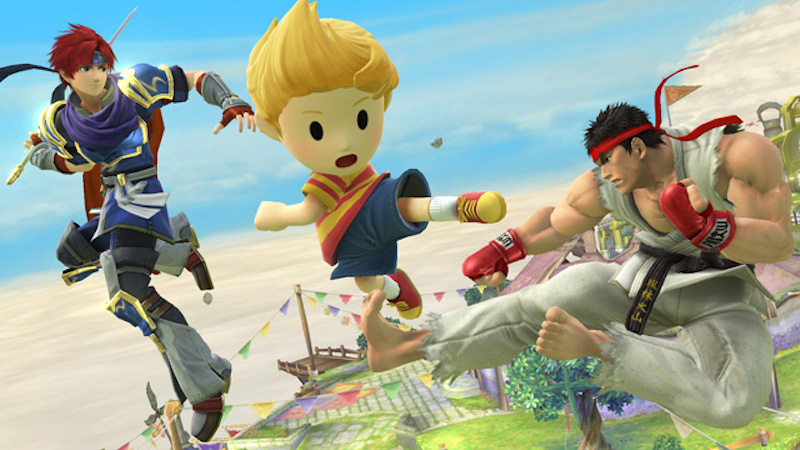 In honor of this year’s E3, Nintendo has officially announced a crap ton of new content coming at us for SUPER SMASH BROS. on Wii U and 3DS. But let’s face facts, what you really want to know if is there are any new characters added to the already huge roster. Why yes, yes there are some new fighters. The most notable addition is Ryu from Capcom’s legendary STREET FIGHTER series. This is such an awesome addition I can hardly keep my pee in! One of gamings most popular brawlers joins the fight alongside Mario, Link, Samus, Sonic, Megaman, and the 40+ other characters already included. Phew! We also get Lucas from the EARTHBOUND series and Roy from the FIRE EMBLEM series! The cherry on top!? We can get access to all these characters, an exclusive STREET FIGHTER themed stage, and a wide variety of other additional content starting TODAY! The servers are probably going bananas right now! Go join the madness if you own either the Wii U or 3DS version now!

For a complete rundown of all the additional content including characters, costumes, stages, new features and more check out the comprehensive video straight from Nintendo below! It’s a good day to be a fan of video games. Stay tuned because there is sure to be more big announcements coming our way this week during all there E3 insanity!