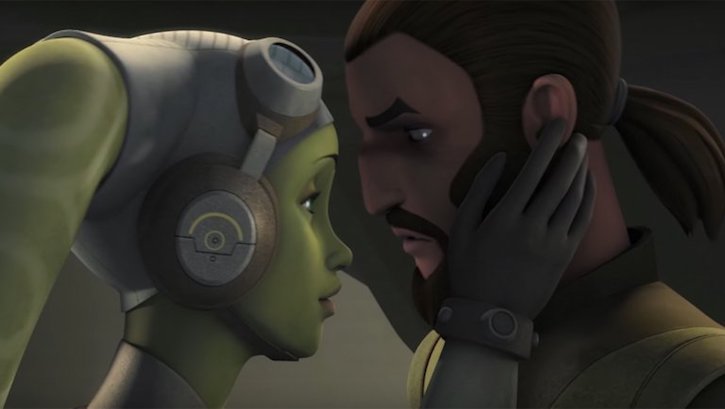 At this year’s STAR WARS CELEBRATION in Orlando, it was announced that STAR WARS REBELS will be returning for a fourth and final season beginning Fall 2017. The announcement was accompanied by a full trailer that gives us a look at what to expect. There will be 15 episodes in total concluding the popular Disney XD animated series.

While I absolutely love the series, I’m glad to see it getting a proper conclusion that will hopefully smoothly lead into ROGUE ONE. There’s just no way all these characters survive and I’m eager as hell to see what happens to everyone. Thanks to ROGUE ONE, we only really know that Hera survives and becomes a general, and that the droid Chopper is still clanking around. My guess is everyone else doesn’t make it out alive…especially the 2 Jedi. Just wouldn’t make sense.

This is bittersweet news. I’ll miss the Ghost crew, but definitely appreciate having an actual ending. I’m still hurting a bit from CLONE WARS just stopping without a proper conclusion which should have lead directly into REVENGE OF THE SITH.