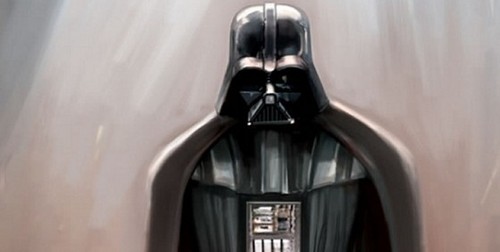 In case you have been living in a damn Mynock cave for the past week you already heard the big news that Disney acquired full rights to Lucasfilm and is already planning and Episode VII and beyond. Since the deal was for the whole of Lucasfilm, that spells possible trouble for a lot of side deals Lucasfilm had going on including the over 20 year relationship with Dark Horse Comics.

IGN recently reached out to Dark Horse and managed to get the following statement from president Mike Richardson:

“Dark Horse and LucasFilm have a strong partnership which spans over 20 years, and has produced multiple characters and story lines which are now part of the Star Wars lore. Star Wars will be with us for the near future. Obviously, this deal changes the landscape, so we’ll all have to see what it means for the future.”

So while things seem safe and seemingly stable for the moment, it looks like some sort of change is on the two-mooned horizon. Is it possible that Marvel may once again publish Star Wars comics since Disney straight up bought them too? Maybe.

Looking into the near future, it looks like Brian Wood’s much hyped Star Wars comic is still slated for a 2013 release with Dark Horse. The comic picks up right after the events of Star Wars: A New Hope, and assumed the sequels were never made. While this seems a bit crazy to some, Marvel did in fact publish a book back in the day with the same concept seeing how studios assumed there would only be one Star Wars film. Very cool and very interesting stuff. Star Wars editor Randy Stradley had this to say about the project during an interview with i09:

“This is the Star Wars series for everyone who has loved the films, but has never delved into any of the comics or novels,” explained Stradley. “There is no vast continuity that a reader needs to know beyond the events in A New Hope. This is the beginning of the adventures of Luke, Leia, Han, and Chewie.” He also continued and said, “Brian Wood is exploring aspects of the characters and their relationships that have, in many ways, been glossed over in the past, or shoved aside in favor of big action set pieces. Don’t get me wrong, this series has plenty of action, but all of it is informed by, or springs out of, the characters’ reactions to events in A New Hope. Remember, Luke is, quite literally, a farm boy thrust into the front lines of a galactic war. He may be the guy who blew up the Death Star, but that doesn’t immediately prepare him for his new situation. And Leia, well, she’s been so busy running the Rebellion, has she even had a moment to grieve for the loss of her family or her homeworld? And what does holding in all that emotion do to a person? Brian is using those emotions to propel his story, which makes reading this series a more satisfying experience than simply dogfights in space.”

This is definitely a title I am looking forward to as a lifelong Star Wars fan. So there you have it. Star Wars will stay with Dark Horse for the time being and there are a lot of comic book projects to look forward to.