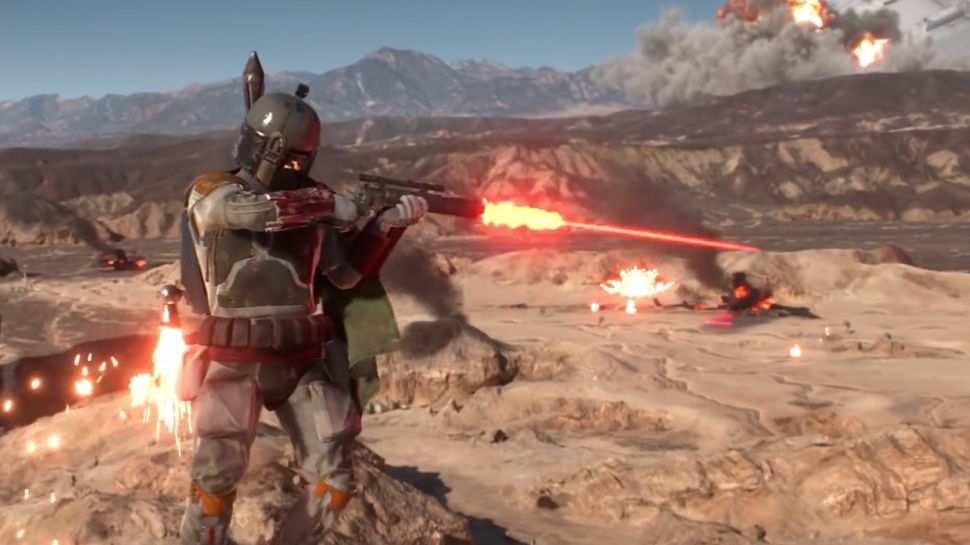 Things are heating up over here for EA’s upcoming STAR WARS BATTLEFRONT. Today fans were treated to the 2-minute reveal trailer (shown above) showcasing the tone and some of the planets we can expect to see including Endor and Hoth. While not revealing any true gameplay footage, everything shown used the in-game engine which was pretty cool.

It was also revealed that there will not be a single player campaign in the traditional sense, but rather a series of missions that can be played alone or co-op. But wait, there’s more. Fans who pre-order the game will get early access to a FREE DLC pack that has players battle on the planet Jakku that you can see in that oh so sweet STAR WARS: THE FORCE AWAKENS teaser shown yesterday here at STAR WARS CELEBRATION. Fans can also expect to not only stay on planet in this game (no space battles here!), but don’t expect to see any prequel series content. And yeah, looks like you can control Darth Vader and Boba Fett. Cool.

And believe it or not, we will officially be playing this game before we see EPISODE VII in theaters with the reveal that STAR WARS BATTLEFRONT will release for Playstation 4, XBOX ONE, and PC on November 17th 2015. Whoo-hoo!