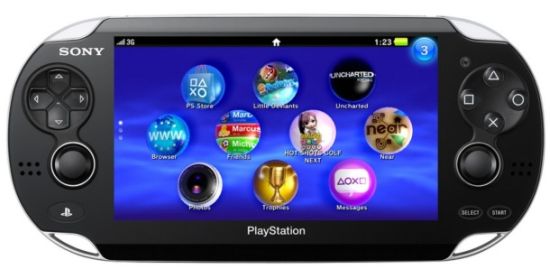 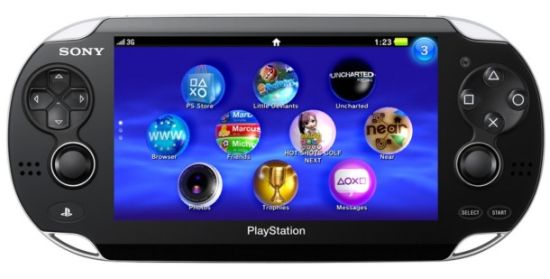 Sony’s new handheld system the Playstation Vita launches in North America today along with the system’s online store used to download applications and games. While it is true that some gamers got their hands on the system last week due to a limited edition bundle package, today marks the first time the system is available to purchase bundle-free.

The PS Vita is available in 2 different forms–a Wi-Fi Only model and a 3G model utilizing AT&T as a service provider. The Wi-Fi model will run you $249.99 while the 3G model goes for a whopping $299.99. You can head on over to Amazon by clicking HERE and browse the different models to see which one is best for you. You will also be able to see a list of the added features and technical specifications. Something I am NOT happy about is that you must purchase Sony memory cards to save your game data and personal data such as Applications. Don’t expect to just buy the system and be ready to go. You NEED a memory card to use this system and to play games. On top of that, it has to be a Sony brand memory card or else it will not work. Bummer. These memory cards can be pretty expensive adding a lot of dollars to the already expensive system.

While one would assume that the 3G model is superior, there are a fair amount of warnings out there that the average gamer may not be aware of. First off, the 3G model will require you to pay AT&T a monthly access fee of $14.99 for the default 250MB worth of data, or $29.99 for the upgraded 3GB plan. Something to consider. Also, the battery life has been tested and it has been proven that the average Wi-Fi system’s battery life is 5 hours on one charge while users on the 3G network will have an average of 3 hours per charge. Sure you can turn off the 3G when Wi-Fi is available if you remember, but switching back and forth can be a hassle. The overall speed the 3G network offers is also said to be much slower than when connected to a Wi-Fi network. Sure there is a luxury to having access to 3G, but the extra system cost, monthly access fees, and lower performance is something to ponder. I’m just not convinced the 3G is worth the extra price.

While online functionality, cameras, extra features, and apps are all good fun, what I am interested in most are the games! While Sony does have a large lineup for launch, there are just too many “been there, done that” titles that don’t offer anything new and exciting. I would say the most impressive looking titles include UNCHARTED: GOLDEN ABYSS and WIPEOUT 2048. Also, early reviews suggest that SUPER STARDUST DELTA and LUMINES: ELECTRONIC SYMPHONY may be worth your time and money. But again, those are experiences I feel like I’ve already had on the Playstation 3 or PSP. Here is the full launch games lineup for the PS Vita hitting store shelves and the PSN today:

So far I am just not convinced I want to own this system. Sure it’s pretty and looks nice and sleek, but I am interested in gaming experiences above all. All the extra features are already things I can do (and better) on my iphone 4S and/or Nintendo 3DS. Sony has a long way to go to convince this nerd to shovel over the dough. I usually buy just about every gaming system i can, and will likely pick this one up at some point. Vita looks cool, but I am going to wait for the inevitable price-drop. Hopefully there will be a handful of “must own” games by then to sink my nerd teeth into.

Will you be picking up a Playstation Vita? Have you already? I would be interesting in hearing what you all thought. Sound off in the comments below with your experiences.