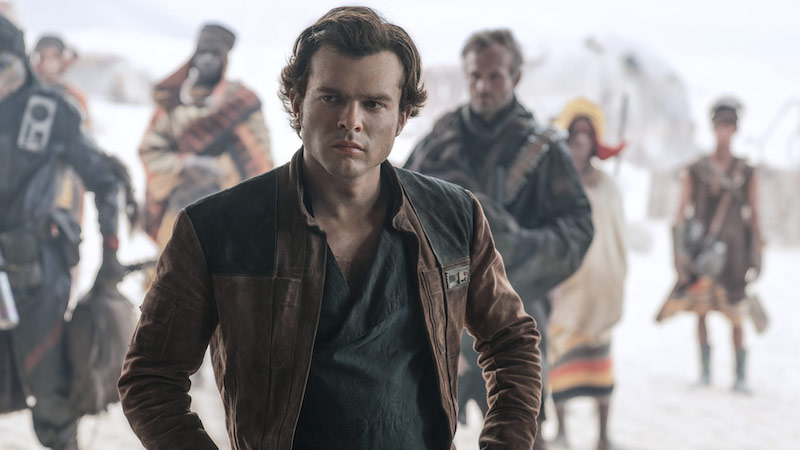 Love it or hate it, a Han Solo prequel film is happening. On one hand, we get to learn more about how Han and Chewie met, why Han and Lando have such a complicated relationship, and we get to see how Han acquired the Millennium Falcon. To some these revelations will be joyous, to others it will be completely unnecessary. Even I, a self-proclaimed STAR WARS addict who consumes just about everything Disney and Lucasfilm can throw at me, am a little bit hesitant with this one. Part of me really digs that Luke and Obi-Wan just bumped into these two space pals and the rest is history. We don’t need to know what happened before A NEW HOPE when it comes to Han. Or do we? I’m confused.

The trailer itself isn’t half bad and actually has me the most excited I’ve been yet. While that doesn’t say a lot, it’s a good place to be considering I’ve been kind of dreading this one. That said, I do think SOLO will be a nice palette cleanser after being disappointed with THE LAST JEDI. I want to go back to my safe zone and I think SOLO lives comfortably there.

The cinematography and all the nostalgic bells and whistles seem to be in order. The actors all look pretty damn charming even though I’m nervous about other actors playing such iconic heroes. But I thought that when Ewan McGregor got cast as Obi-Wan and that turned out just fine…dare I say perfect? So yeah, I think I just need to relax a little here and just let it all happen. Give it an open mind if you will. I promise I will if you do the same…Deal?

Also, the chances of a few iconic bounty hunters and/or Jabba showing up are pretty damn high. So that’s an exciting thought! I wonder if they will find a way to incorporate a lightsaber. If not, this will be the first STAR WARS film without one.