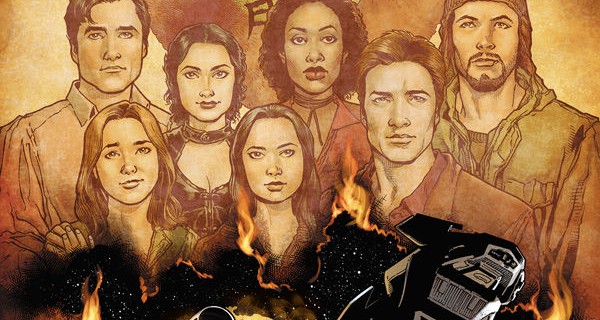 When it comes to the original television properties created by Writer/Producer/Director Joss Whedon (THE AVENGERS), you can be sure of one thing: they will find a way to survive long after they have left the airwaves.  ANGEL and BUFFY THE VAMPIRE SLAYER have had continued success in comic book format with further “seasons” that progress the stories and characters from the shows.  And now, following the short-lived (but beloved) FIREFLY series on Fox in 2002, the feature film SERENITY in 2005 and a slew of one-shots and prequel stories, the adventures of Whedon’s ragtag group of space smugglers continues with a new 6-issue series SERENITY: LEAVES ON THE WIND.  If FIREFLY was Season One and SERENITY Season Two, LEAVES ON THE WIND can definitely be considered Season Three and a proper sequel.  For those of you uninitiated to the franchise, I’ll try to avoid as many major spoilers as I can (since I am wholeheartedly recommending you check out not only this book, but the previous TV & film incarnations):

Set 9 months after the events of the movie, the galaxy is still reeling from some terrifying revelations.  Evidence of the totalitarian Alliance’s deadly experiments to quell and pacify the populace have been broadcast throughout space thanks to the efforts of Captain Malcolm Reynolds, the psychic girl River Tam and the rest of the crew aboard the smuggling ship Serenity.  A second galactic Civil War is on the brink as naysayers are coming out of the woodwork to debunk these atrocities and a new generation of resistance fighters take action with Mal and the others as their inspiration.  All the while, the Alliance utilizes every resource available to hunt down the renegade crew who are in hiding and trying to move on with their lives.

As a fan of the original show and movie, I have always speculated the fates of the characters of FIREFLY, but was perfectly willing to accept SERENITY as a fine enough ending to their stories.  However, LEAVES ON THE WIND #1 is a pleasant surprise as it not only portrays my speculation pretty much as I envisioned it, but also captures the essence and characterization of the property extremely well.  Joss’ brother Zack Whedon handles the writing duties on the book and was clearly taking his sibling’s vision to heart as it feels as though the space crew I have come to know on both the small and big screen have found new life on the printed page.  Georges Jeanty’s artwork also compliments this story perfectly as he is able to capture the likenesses of the original actors very well along with the breadth and scope of this universe that is very familiar to those of us already acquainted with the franchise’s visual style.

Obviously, with game-changing events having occurred prior to the issue (including the deaths of some key players), the character dynamics have been shaken up quite a bit.  New romances abound, a crew member has left the ship to pursue their own fortunes, another crew member carries a bittersweet reminder of what they lost and River, while being a little less crazy, is still very cryptic with regards to what high-level Alliance secrets she may hold in her mind from her days of being an experiment.  While LEAVES ON THE WIND has reset the board somewhat for the characters, it feels like the most organic progression of the story.  The book is also full of reveals which have me waiting with bated breath for future installments, including the re-introduction of one of my favorite characters from the television series.

If there was one drawback I could see this series having, it’s that I don’t really consider it a great “jumping-on” point for readers not already aware of the property (hence my prior advice to catch up on anything and everything FIREFLY-related!).  It does its best to bring you up to speed in both an in-cover blurb and throughout the book with some exposition dialogue and battling TV pundits (indirectly or directly paying homage to the TV broadcast portions of Frank Miller’s DARK KNIGHT RETURNS), but LEAVES ON THE WIND is, through and through, a sequel meant for the longstanding fan.

That being said, this longstanding fan cannot wait for the next issue!  The cliffhanger for SERENITY: LEAVES ON THE WIND #1 has me eagerly awaiting what could be either a reunion or confrontation for our beloved crew along with several new complications, but one cannot deny it: FIREFLY is back and the adventure just keeps getting better. 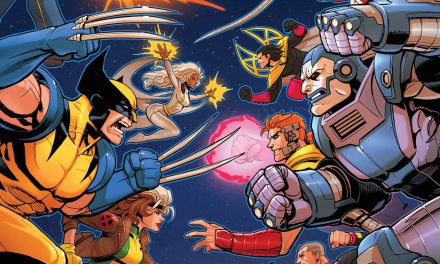 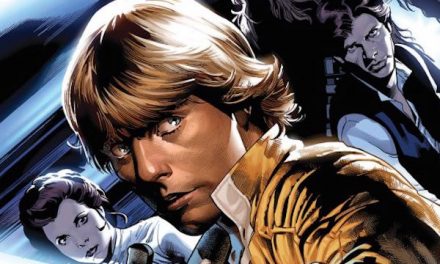 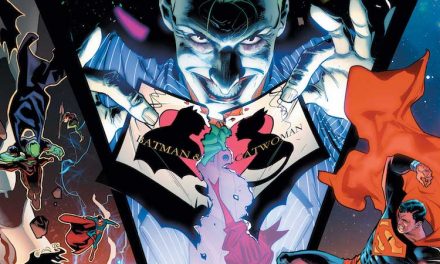 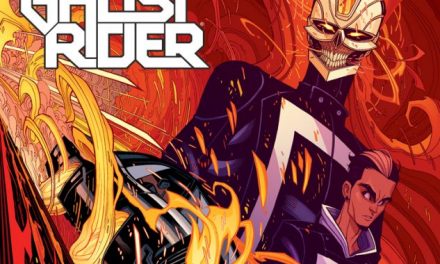