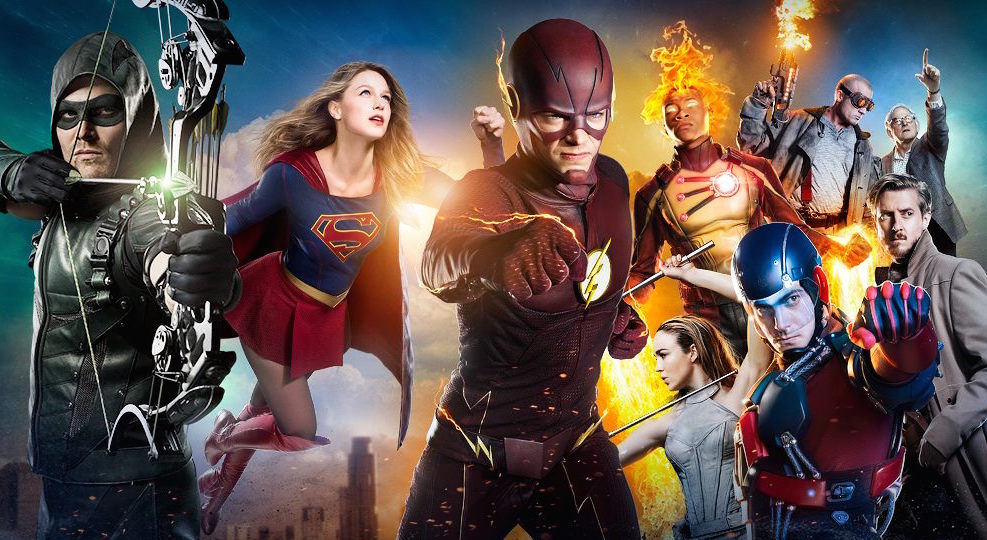 Barry Allen. Why do you run fast and make bad decisions? I know you miss your mom.  It sucks that Zoom killed your dad. A hero deserves better. How could you possibly think that going back in time and saving your mother was a good idea? It’s not. No good. You are going to wake up in a reality that is very different from the one you left. #Flashpoint. Do you even have powers anymore?  Maybe. Well, of course you do. How else are going to fix all this nonsense? We’ve seen this story before. “This is great.  I’m so happy I made this decision. I WANT MY OLD LIFE BACK.” Sorry, sucker. This shit is happening in the first episode of Season 3. Your arrogance is going to shape the entire season. Okay. So. He messes up everything. Ramifications across ARROW and SUPERGIRL. Right? The question is… What is their world going to look like after he fixes the timeline? Thawne? Wells? Zoom? Garrick? Justice Society? Caitlin? Snart?  Who is the villain for this season? One thing is for sure… It’s a pretty safe bet that he’s going to put National City on the map. LITERALLYYYY

Who even still lives in Star City? How many times does it need to blow up or melt before everyone decides that maybe they are better off living in town called Blüdhaven or Shitsville? Wait. It’s wrong of me to assume that everyone is capable of just picking up and moving someplace else when times get tuff. THIS IS OUR HOME! Oliver did do an excellent job of galvanizing the people at the end of season 4. Maybe the citizens of Star City are ready to take back their city? Which, makes sense because season 5 seems to focus on Oliver training a new generation of heroes. PEOPLE ARE PUMPED!!  I don’t understand how Oliver is going to be both the Mayor and Green Arrow? Is this one of those “Bruce Wayne” situations where he is an absentee boss and some high level associate, with a heart of gold, ends up doing his job for him? How bout he hands the job off right away, but promises to work closely with the new mayor. Like… Arrow close.  “Hey. You’re the mayor.  I’m the Arrow.  You need me, I’ll be there.” Oh shit.  Maybe he’ll put a green phone in the mayor’s office. Love that. What a great idea, Mark. Honestly, I’ve never heard of the character of ‘Prometheus.’ I guess he’s a super powered tough guy?  or girl…  I am excited for the Arrow crew to take on a villain that isn’t trying to destroy the world.  Or the city.  Shit.  He may want to destroy the city.  I think season 5 of ARROW needs some lower stakes. Maybe this dude is just all about murdering fools. I could get behind that. Hey! We finally get to see Past-Oliver get good at fighting.  Finally. That wig tho. Sup, Mr Terrific.

I never made it to the end of season 1 of SUPERGIRL.  I know! If it makes you feel better, I still haven’t finished the second season of DAREDEVIL. That’s not a good example.  I never finished DAREDEVIL because I liked it too much. Does that even make sense?  I’ll buckle down on both.  On paper, SUPERGIRL sounds bonkers good. I love her villains. Bringing Martian Manhunter on board was a stroke of genius. I could watch Melissa Benoist working in a garden for 8 hours and never get bored. The FLASH crossover was one of the coolest things I’ve ever seen on television. I still don’t understand how they were able to make that happen. I’ve said this before, but, I feel like SUPERGIRL suffered from BIRDS OF PREY syndrome. You wrapped up her identity so closely with Superman and then never even showed him. That was frustrating. I would have much rather a show where Kara shows up 2 years after Superman had already died. That would have solved everything. Was all that enough to turn me off on the show?  Absolutely not. I’m just tired of iconic characters who exist in universes full of iconic characters, existing in a world by themselves. FLASH and ARROW ruined that for me. Now. She’s on the CW with the rest of the gang. Tell me that FLASH breaks the universes so badly, that it somehow melds their universes together. Is that too heavy?  What does that do to the first 3 seasons of ARROW if Superman was always floating around overhead. Is Diggle still impressed with the FLASH in a world full of Superpeople? Who knows.  I’m just pumped to find out. Dude. Superman is showing up in the first episode of SUPERGIRL.  Already, it’s great. This guy playing Superman… Is he contracted with the other shows? Do I even need to go back and catch up on what I missed?

Okay. That trailer did absolutely nothing for me. It was 95% recycled footage.  It was good to see some of Season 1’s greatest hits. Punches. Will the destruction of the Time Masters help pave the way for the FLASH unifying all the DCTV universes? It makes sense that combining universes could only happen after the Time Masters were elminated. WHO IS WATCHING THE TIMELINE?! Let’s talk about Rex Tyler and the Justice Society of America. Where the hell does he come from?  They could be an organization that is formed in the future, inspired by FLASH, ARROW and all those yahoos.  Or, are they from an alternate timeline. We already saw that the Justice Society exist on Earth 2. Could this be the first hint that FLASH is going to meld a couple of universes together? Who else is joining the team? How about Rip picks up Laurel from her hospital bed while she’s talking to Oliver, takes her on a bunch of missions through time and then, drops her old body off at the point where he picked her up? I’m sure he could make an old woman’s body look young again. The Season 2 finale of LEGENDS OF TOMORROW could show Rip and Sara visiting Laurel at her deathbed in the year 2089. “Rip. I was wondering when you would show up.” “You ready for one last trip through time?”