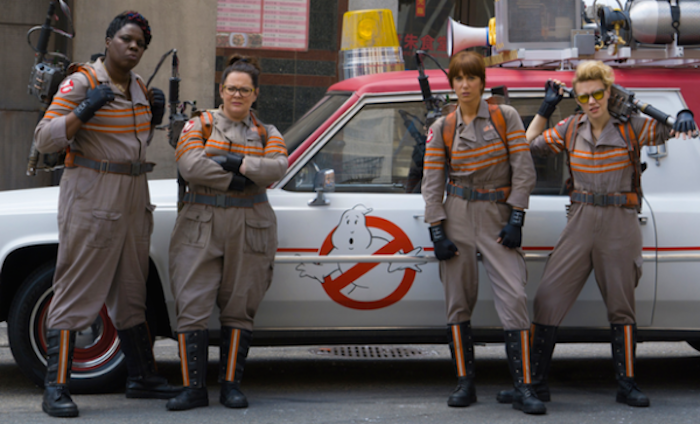 The photo that launched a 1000 nerd rants…

There it is.  The first official photo from the GHOSTBUSTERS reboot that has some people drawing some serious ‘lines in the sand’ from the safety of their parent’s basement. There is no denying that we are living in the age of reboots and remakes. From ROBOCOP to TOTAL RECALL to ANNIE, If there’s a film that has had a serious impact on your movie pallet, the odds are high that you will be seeing a re-imagined version of it in the next few years. Why?  Because reboots have a tendency to jump out of the gate with a little bit more buzz than an original film. “The franchise rights alone will make us rich beyond our wildest dreams.” Also, I think that a lot of movie studios have lost their nerve. “Damn shame what they did to that dog.” (Sorry. Just felt like quoting COMING TO AMERICA.) With that thought, you’re probably wondering what my opinion on the GHOSTBUSTERS remake is? Hm. I’ll let you know as soon as I muster one up.

IN DEFENSE OF: GHOSTBUSTERS 2

The original GHOSTBUSTERS (1984) really shaped my opinion on cinema.  It was hysterical in a way that I knew was beyond my early adolescent grasp and that fueled each repeat viewing.  I had never seen a movie that involved a small collection of goofballs cracking wise in the face of a supernatural apocalypse. Had anyone? It had visual explosive effects and lines that I still quote to this day.  The thing is, that movie will always exist in my heart.  You can make a cartoon, a questionable sequel and a million reboots and Bill Murray will always be right where I left him acting like a “game show host”. “Yes, have some”. I saw the ROBOCOP remake and it didn’t even come close to sullying the original movie for me. The original TOTAL RECALL? I still wish I had three hands.

What is it about certain reboots that get people so ‘crotch sore?’ Is it this unspoken perception that movies just aren’t as good as they use to be? Why poorly remake a movie that is already perfect to begin with? CRYSTAL SKULL Complex? Maybe Hollywood has worn me down because I don’t think I possess the ability to get upset about a remake of a movie that means a lot to me.  I say this because I’m anxious to see what Paul Feig does with his GHOSTBUSTERS movie (Personally, I thought it would be cool to somehow make this a sequel, but, I understand how hard it would be to pick up in a universe 25 years after the last movie). He seems to respect the original so much that he knew better than to try and replace Aykroyd, Murray and Ramis with the likes of Rogen, Tatum and Samburg.  He took the central premise and threw in Jones, McCarthy, Wiig and McKinnon. Are you really not excited about a movie with those four catching ghosts? Or, do you just have to angrily beat your ‘sweatpants boner’ until the first trailer collectively kicks ass? FURY ROAD Complex.  And what if this new GHOSTBUSTER movie sucks? Then… They tried to make a movie based on an old concept and it failed. Again. The original film won’t get deleted from your brain.  It’ll still be there, don’t worry.  “You’re not gonna lose the house, everybody has three mortgages”.

GHOSTBUSTERS bust its way into cinemas on July 22nd, 2016. 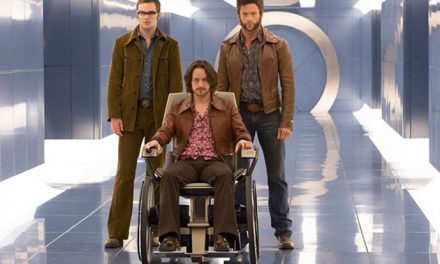 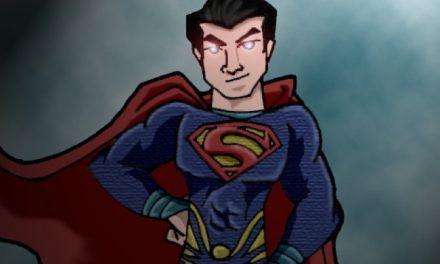 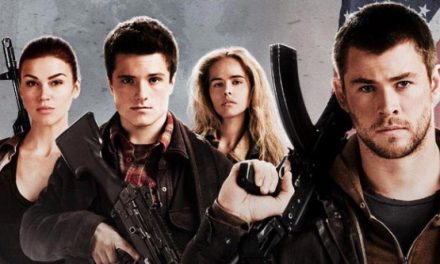 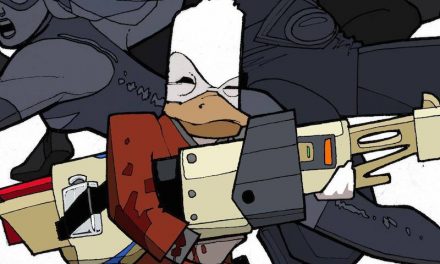