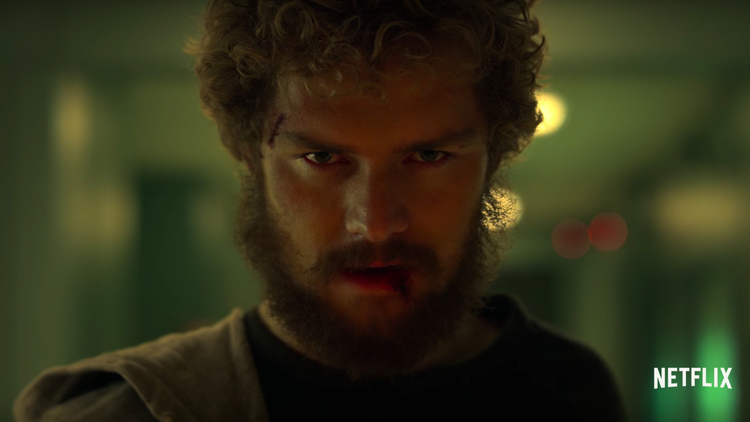 Today at the San Diego Comic Con Netflix destroyed announcing DAREDEVIL Season 3, showed off more LUKE CAGE goodness, and began teasing THE DEFENDERS team-up series. But the biggest reveal was the above teaser trailer showing us our first solid look at their newest series IRON FIST.

Danny Rand returns to New York City after being missing for years, trying to reconnect with his past and his family legacy. He fights against the criminal element corrupting his world around him with his incredible kung-fu mastery and ability to summon the awesome power of the fiery Iron Fist.

Danny Rand as Iron fist should bring a really cool element to the Netflix crop of shows introducing a magical realm that may inevitably connect to the upcoming DOCTOR STRANGE film. While I do enjoy me some gritty, adding a touch of magic never hurt. Seeing how amazing DAREDEVIL and JESSICA JONES has already been, I have no doubt IRON FIST will be something special.

No official release date for IRON FIST was announced other than 2017 at this time. Stay tuned!