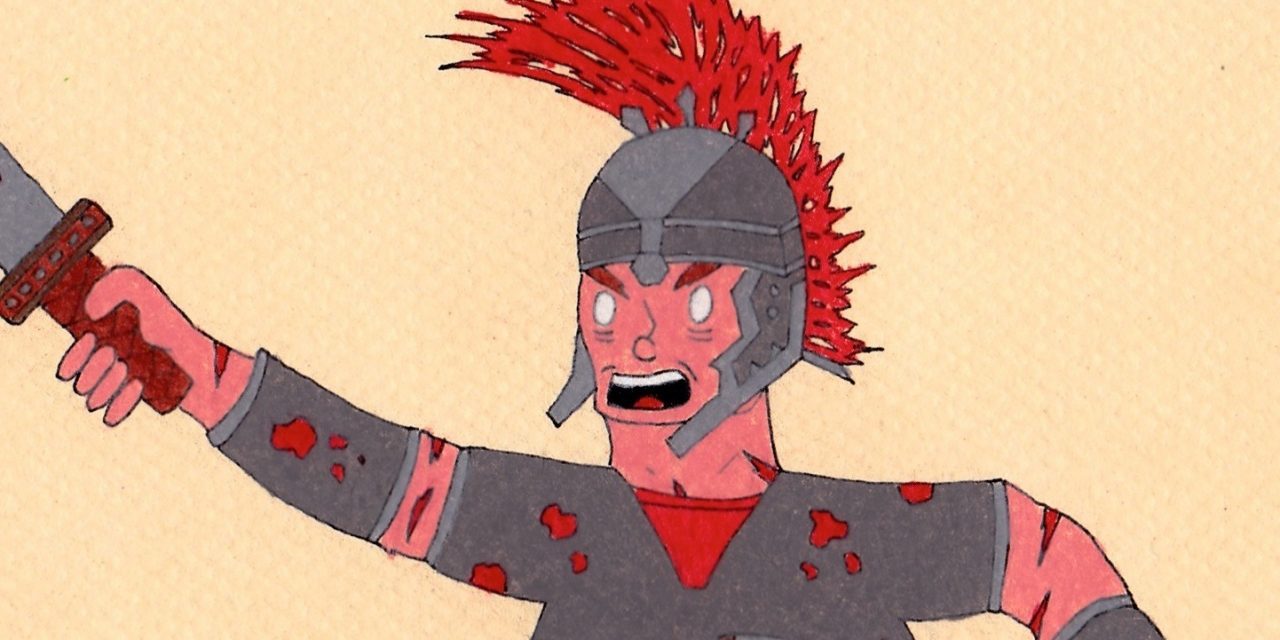 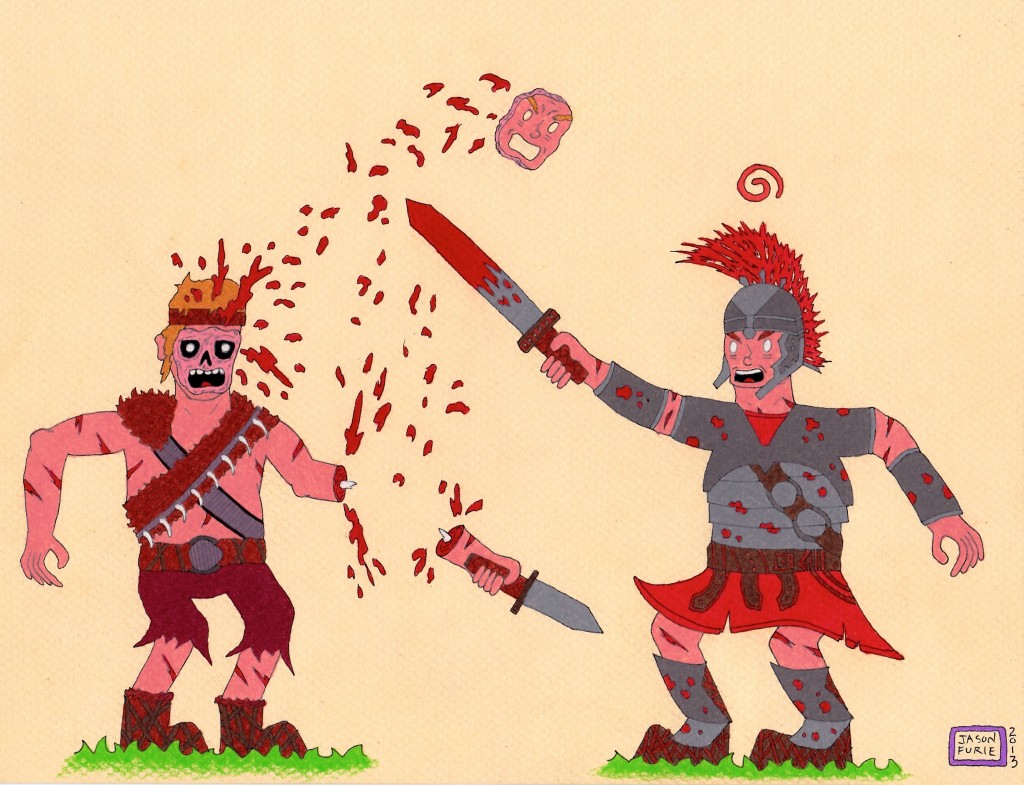 Ever since Crytek unvield gameplay footage of  RYSE: SON OF ROME at this year’s E3 (the Electronic Entertainment Expo) it has been the subject of confusion and criticism. Both the confusion and criticism came from the same root which took the form of a question – is RYSE going to be a game that solely relied on QTEs (quick time events) or was the footage shown just a snapshot of something bigger? Being an exclusive Xbox One launch title, Microsoft invested heavily into promoting RYSE as not only a game every gamer would want to get their hands on, but a game that would help make the next-generation console “the” console to own.

On the surface RYSE’s narrative revolves around the protagonist Marius, a simple Roman soldier who’s family is murdered on a fateful day by rebellious barbarians.  Naturally, Marius embarks on a path of revenge and ventures out with the army of the Roman Empire to stamp out this rebellion. The plot takes enough twists and turns to hold a players attention but really fails to do something adventurous with the plot to make RYSE a game someone can really care about and get behind. Literally what you see is what you get, every step along the way feels stereotypical of the time era it’s placed in. I felt like I had seen every set piece in a movie before – it certainly let’s you live out your 300 fantasies.

RYSE will make any player feel like the most epic warrior the Roman Empire has ever seen – a quality that can be attributed to its graphics and entrancing gameplay. While the end result of any fight is focused on the player pulling of a QTE to preform an execution, the mechanics of RYSE’s fighting system feels like games from the ASSASSIN’S CREED and BATMAN ARKHAM series. It leads to each button on the controller having a specialized focus. The X button is used for attacking, A for blocking, Y for knocking foes off balance and Right Trigger for preforming executions – it gives fighting a simplistic feel that gives rise to the thought that a player is button mashing in each and every fight. Not a bad thing, just simplistic. A player could jump into any scenario, no matter how much experience with the title, and hold their own. A quality that is a bit counterproductive because, while being easy to pick up and play, as a player progresses further through RYSE there’s a sense of it being too easy.

I found that even playing on Legendary difficult didn’t present enough of a challenge to push me to a point were I had to evolve my skills and think more strategical in my fights. This is partially due to an immense handicap a player has in being able to preform focus attacks, essentially an ace in the hole if a player is struggling in a fight. Focus attacks allow players to feverishly attack opponents in slow motion to the point of execution. It’s a for sure kill except on bosses, but for a game where even the bosses are not very challenging, it really made me feel like I was going through the motions of being an epic Roman warrior. With QTEs being a heavy focus of the end of all attacks I will say that the executions are gratifying and brutal.

RYSE also uses Kinect functionality with its gameplay in order to give commands to soldiers in a similar way like MASS EFFECT 3  did. In no way are the Kinect commands revolutionary, but it does add to the gameplay and feels seamless. I enjoyed using the Kinect to command archers to fire their arrows opposed to the alternative of holding Left Bumper to have the same result.

Graphically RYSE is a stunning game. It really shows off the capabilities of what the Xbox One can do graphically and each of the locations in the game feel real because of the attention paid to making this game easy on the eyes. The Colosseum is the crowing achievement in terms of environment setting. From the roars of the audience to the fighting that takes place within its walls, every moment spent in the locale is enjoyable. The addition of superb voice acting and facial animation only enriches the well realized environment that Crytek has developed.

RYSE supports the addition of cooperative multiplayer which takes the form of two players entering The Colosseum together to fight and accomplish challenges that are unique to the environment scenario. Each of the environments in RYSE’s campaign is represented as a Colosseum battle environment, something that adds variety and longevity to this very basic multiplayer experience. The multiplayer experience is enjoyable but after a few hours it fails to hold one’s attention due to its repetitive nature. Players are able to create their own gladiator, level that gladiator up (there’s a level cap of 100) and purchase booster packs with customizable items for the gladiator, but even with all those additions it still fails to offer a sufficient multiplayer experience that is satisfying enough to reach the level cap. Simply put, there are better multiplayer games out there and why wouldn’t you play those instead?

Overall RYSE: SON OF ROME is a good Xbox One launch title exclusive. It lets the player enjoy all the bells and whistles that come graphically with a next-generation console and holds one’s attention long enough to argue that RYSE is a game that should be played. The flaws come from the fact that gameplay is just too easy, and by the time a player reaches the end of the five hour long game, fighting feels more like a chore opposed to being fun and enticing.  The addition of a more compelling narrative would have been a heavily redeemable quality, but since RYSE’s story is basic, it feels very two dimensional. In my book, RYSE is worth the time but not necessarily the $60, I would advise renting it. 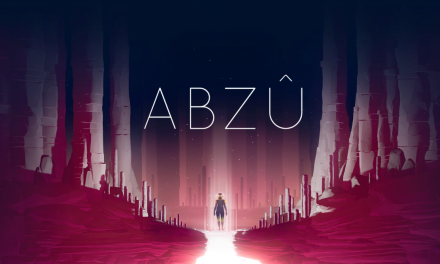 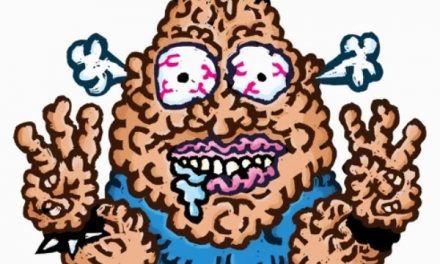 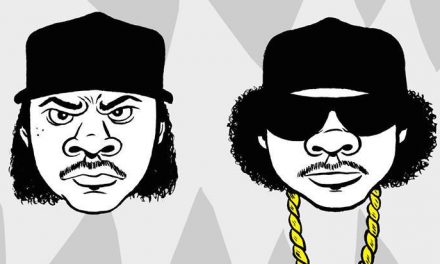