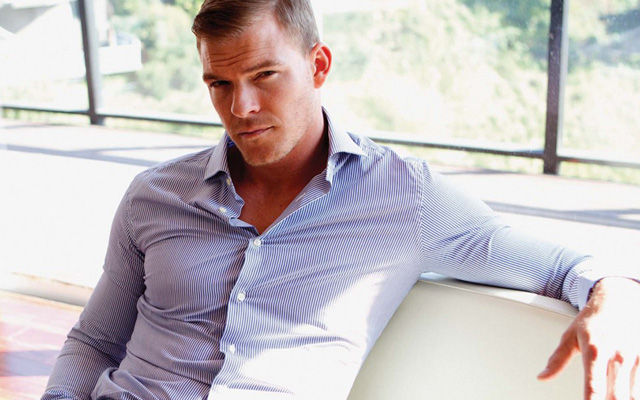 Following the news that Megan Fox (THIS IS 40) will portray April O’Neil in Platinum Dunes’ NINJA TURTLES, momentum continues to gather for the production with the casting of our first Teenage Mutant (Alien?) Ninja Turtle: Alan Ritchson (BLUE MOUNTAIN STATE) will be donning the shell of Raphael.

For those unfamiliar with him, Ritchson is no stranger to the realm of comic book superheroes and fantasy.  He is probably best known for his portrayal of a young Arthur Curry a.k.a. Aquaman on the Superman origin show SMALLVILLE.  He is also set to appear in the second HUNGER GAMES film installment, THE HUNGER GAMES: CATCHING FIRE on November 22, 2013.  His work on NINJA TURTLES will most likely consist of motion-capture performance similar to James Cameron’s AVATAR rather than the bodysuits and Jim Henson puppetry that the 90’s TEENAGE MUTANT NINJA TURTLES films were known for.

Raphael has typically been depicted as the tough hothead of the reptilian foursome, quick to lose his temper and always eager for a fight.  Whether these personality traits are left intact in this upcoming reboot remains to be seen.  Filming began this month in New York and so far it appears that Producer Michael Bay (TRANSFORMERS film series) and Director Jonathan Liebesman (WRATH OF THE TITANS) are keeping a tight lid on plot details such as the now-infamous status of the Turtles’ mutant/alien origins.  I’ll admit that Ritchson’s name wasn’t the first that came to my mind with regards to casting Raphael (to see who my dream team of Turtles would be, check out my latest NERD RANT).  But as more and more casting and production news is brought to light, we’ll hopefully get a better sense of what tone and focus this latest Turtle adventure will take.

What do YOU all think?  Agree/Disagree with this latest casting choice?  Sound off below!