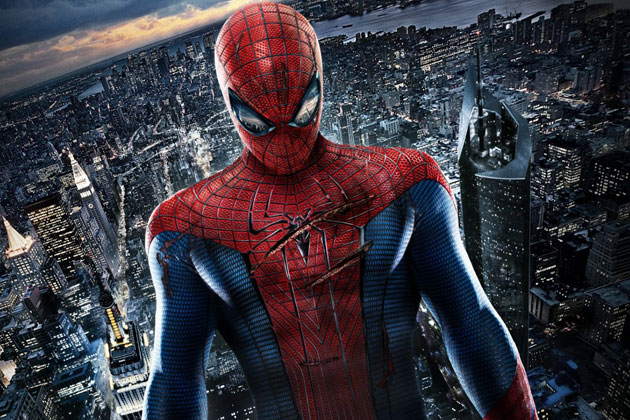 Last week, production on THE AMAZING SPIDER-MAN 2 began and fans are likely going to be bombarded with information, set photos, and juicy details regarding Peter Parker’s next adventure. It has been know for awhile now that Electo, played by Jamie Foxx (DJANGO UNCHAINED), will serve as our main villain, but the other players in the film have been somewhat blurry. Well, Columbia Pictures has released the official plot synopsis that should help information hungry fans get a better idea of what to expect.

“Columbia Pictures announced today (Wednesday, February 6th) that filming has begun on The Amazing Spider-Man 2 in New York. The film is the first in the history of the franchise that will be filmed entirely in New York City and New York State.

In The Amazing Spider-Man 2, for Peter Parker (Andrew Garfield), life is busy – between taking out the bad guys as Spider-Man and spending time with the person he loves, Gwen (Emma Stone), high school graduation can’t come quickly enough. Peter hasn’t forgotten about the promise he made to Gwen’s father to protect her by staying away – but that’s a promise he just can’t keep. Things will change for Peter when a new villain, Electro (Jamie Foxx), emerges, an old friend, Harry Osborn (Dane DeHaan), returns, and Peter uncovers new clues about his past.

The film is directed by Marc Webb from a screenplay by Alex Kurtzman & Roberto Orci & Jeff Pinkner, with a previous draft by James Vanderbilt, and based on the Marvel Comic Book by Stan Lee and Steve Ditko. Avi Arad and Matt Tolmach are the producers. The film’s key behind-the-scenes team includes director of photography Dan Mindel, production designer Mark Friedberg, editors Pietro Scalia and Elliot Graham, and costume designer Deborah L. Scott”

I think it’s pretty interesting that this SPIDER-MAN film will be shot entirely in New York. Not that it matters THAT much with movie magic and all, but it’s a nice little bit of authenticity for the film. I’m glad to all the main players returning for continuity’s sake and the addition of Harry Osborn and Electro should be interesting. It is still unclear just how Electro fits into all this and I am dying to see what design they go with. Jamie Foxx is an inspired choice for the character and a villain we have yet to see in the live-action Universe. It is worth noting that Shailene Woodley (THE DESCENDENTS) who was cast as Mary Jane Watson is nowhere to be found in this synopsis leading one to believe that her role in this film will not be as substantial as a lot of fans would have wished. We will see.

THE AMAZING SPIDER-MAN 2 swings into theaters May 2nd 2014

In the San Francisco area looking for your next SPIDER-MAN comic book fix? If so, Check out MISSION: COMICS & ART. They’ve got you covered!