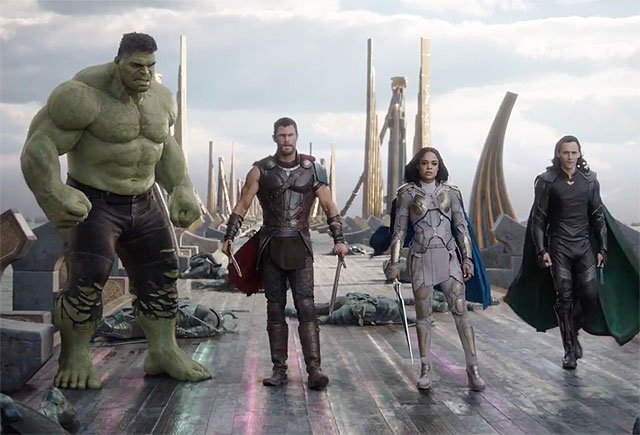 I don’t feel like I need to write a lot about the new THOR: RAGNAROK trailer. It really speaks for itself.

This third outing for the god of Thunder looks to be the best by far. I think it’s fair to say the THOR films are great, but still among the weaker of the AVENGERS series in the MCU. Add some Hulk, sprinkle in the tone of GUARDIANS OF THE GALAXY, and give us more Loki and you pretty much have a guaranteed success on your hands.

Instead of me writing more, I think you should just watch the trailer again. I don’t think the San Diego Comic Con has anything cooler up their sleeve this year.