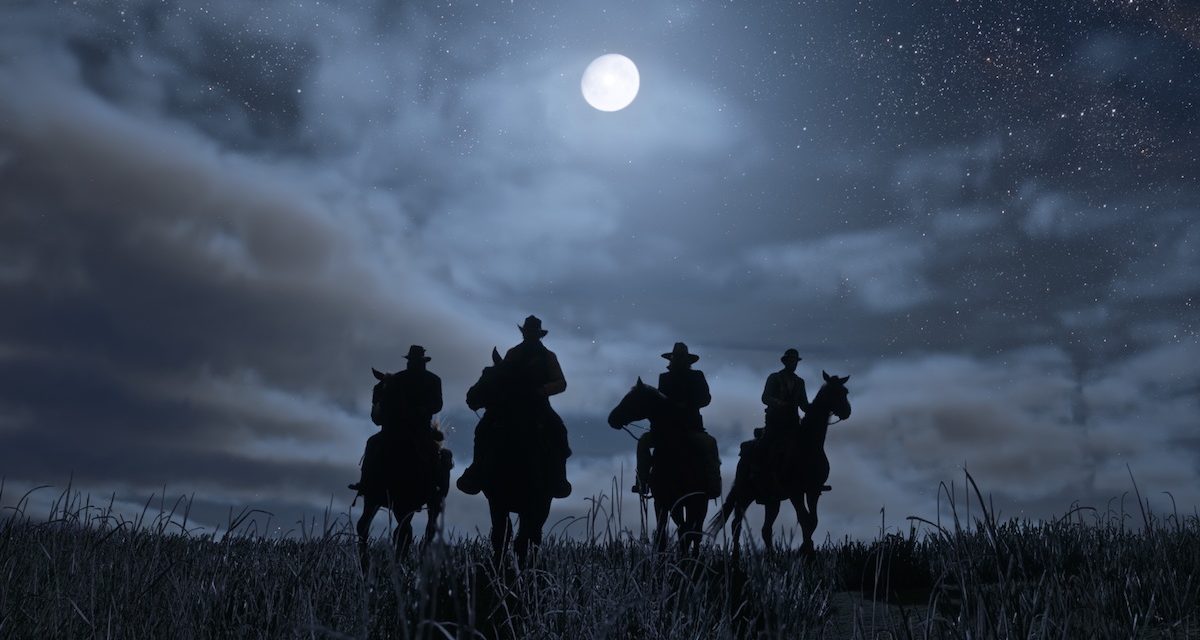 I don’t need to sell you on a sequel to RED DEAD REDEMPTION. Ok, technically it’s a prequel, but you know what I mean. Rockstar’s RED DEAD REDEMPTION 2 has been revealed to be a prequel starring a brand new gunslinger named Arthur Morgan as he crosses paths with the Van der Linde gang that series veterans will already be familiar with.

While the above trailer isn’t quite “gameplay”, it does give us a good sense of the graphical style and overall tone of the game. Expect excessive violence, horse wrangling, fights on top of trains, heists, gross and dirty bodies eating beans out of a tin can next to a fire, brothels, bullets, and…what other westerny thing can I say that starts with a ‘b’?….ummm…boots. Sure.

Basically all you need to know is this is a sequel to RED DEAD REDEMPTION which is one of the best games I’ve ever played.