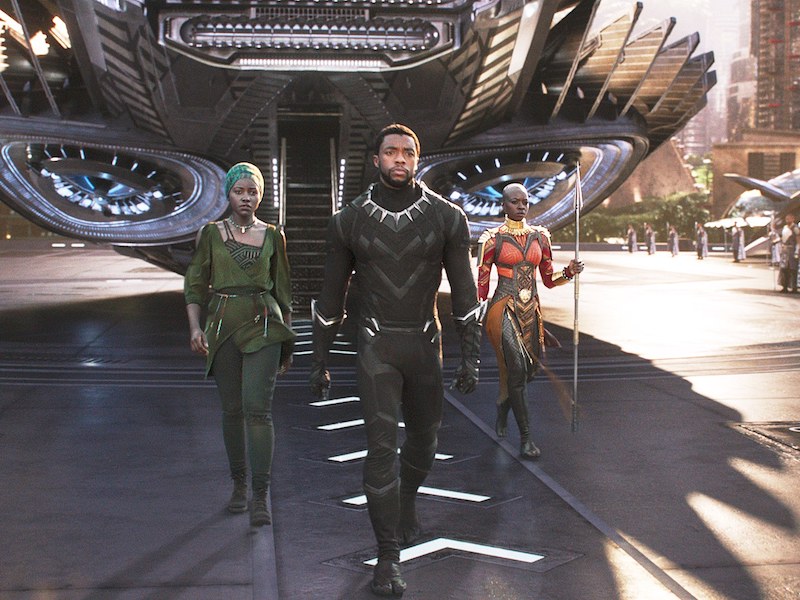 Marvel just doesn’t know how to slow down. They are in the business of making one completely amazing superhero film after the other. Having that sweet sweet Disney money behind their new films can’t hurt either. I could list all the wonderful films existing in the AVENGERS movie-verse, but that would take all day. Instead, let’s just watch this new BLACK PANTHER trailer over and over again…forever.

While I’m concerned that BLACK PANTHER is being release in “dump month”, everything about this new trailer makes me believe this is going to be epic. One day soon I think there will be no such thing as “summer movie season” and blockbuster level films will just be dropping all year round. I’m kind of fine with that.

If what we saw in CIVIL WAR and this new trailer is any indication, we are in for a treat when BLACK PANTHER drops on February 16th, 2018.