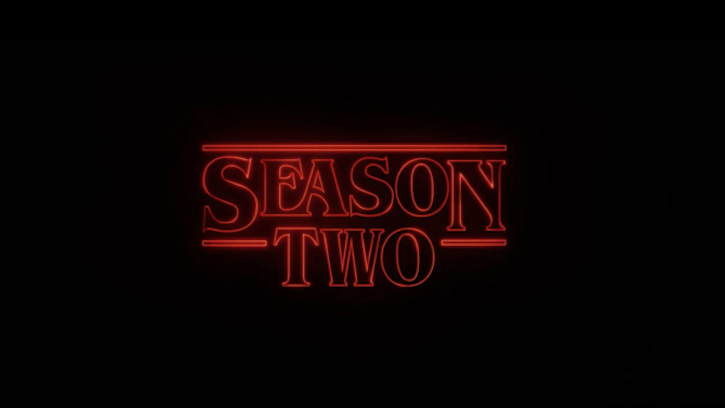 Super Bowl Sunday is a time when jocks and nerds can both get excited for the same thing! Jocks get to watch people thrown balls and run, and nerds get to rejoice and enjoy a shit ton of movie trailers! If you missed it, check out our SUPER BOWL 2017 MOVIE TRAILER ROUNDUP AND IMPRESSIONS! Pretty epic films coming our way in 2017 for sure!

But this year it was TV that stole the bowl! Netflix release the very first trailer for their upcoming second season of STRANGER THINGS which will drop all episode on October 31st 2017…also known as Halloween! That’s fucking cool!

Also be sure to check out our STRANGER THINGS Season 1 Review from Mark Espinosa featuring amazing art from Kitty Rouge!

Ok, now I do have just one minor nitpick from this trailer. While those GHOSTBUSTERS Halloween costumes look legit, there is no way in hell any kid living in the 80’s had costumes that fucking slick. They are perfect! Is it just me or would the costumes be a lot more charmingly accurate if they were gnarly as hell like all of ours back in the day? Just saying.