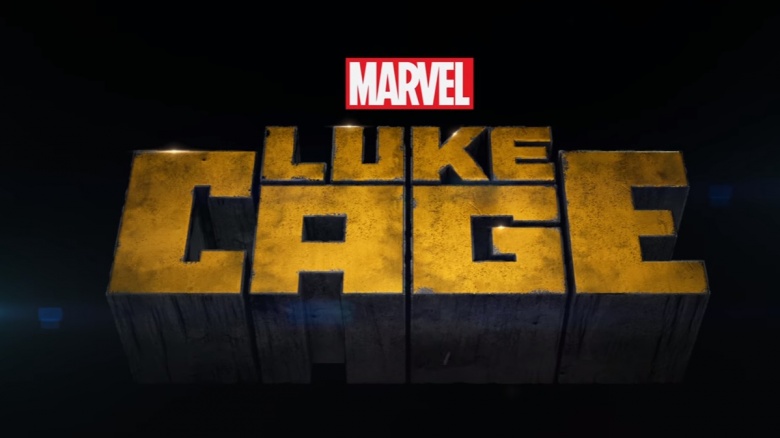 I was going to review that LUKE CAGE trailer that got released at SDCC, but, found myself having a hard time figuring out what to say about it.  Yeah, I was excited to see something… Anything… for LUKE CAGE. (How great was it to see him rampage down that hallway full of goons?) Still… I don’t know. It looks great and it looks like it’s being done properly. Still… There was something about that comic con trailer that didn’t sit right with me.  I felt like it lacked heart.  I’ve seen long fights take place down long hallways.  DAREDEVIL is the king of that.  I’ve seen heroes take gunshots to the chest and give that ole ‘is that all you got’ look. I want more from LUKE CAGE.  The world deserves more from LUKE CAGE.  This series needs to be more than violence and mayhem, because the character represents something greater. I didn’t see any of that in the first trailer.

More than DAREDEVIL and JESSICA JONES, LUKE CAGE is the definition of a ‘street level’ hero. In the comics, he was one of the few people who never forgot where he came from. He could be on a spaceship fighting Skrull or in an alternate dimension fighting coconut ninjas and he would always stay true to his upbringing. Harlem was in his blood. He wore his childhood like a silver crown. I remember this one issue of NEW AVENGERS when Luke Cage parked a Quinjet in the middle of the projects. He brought Iron Man and all those fools along with him. They didn’t fight crime or bust up street gangs. They just stood there on a street corner and hung out. They showed the people that they saw them. The showed those who would prey on the weak that they could see them too. That always resonated with me. The Avengers take so much time fighting giant gods or malevolent androids, but rarely ever think about the regular people trying to make a living in the middle of all that chaos. The real people who need the most help. The Avengers are always trying to save the planet, yet, never seem to see the planet for the people. Luke Cage sees the people. Maybe more than anyone else in the Marvel Universe.

I love that Luke Cage is a reluctant hero in this trailer. I love that each episode is named after a Gang Starr track. I love that Rosario Dawson is a conscience for the Marvel Knights. Will Jessica Jones make an appearance? Will IRON FIST? Daredevil? I like that we got a little tease of his iron crown and silver medallions. Even if it was just during his Weapon X origin flashback. Can we talk about this cast? Holy shit. This show is going to be something.  I feel like I say that about every Marvel Netflix show. Huh. Luke Cage: The hero of Harlem. Bring it on.

All episodes of LUKE CAGE premiere on Netflix on September 30, 2016.