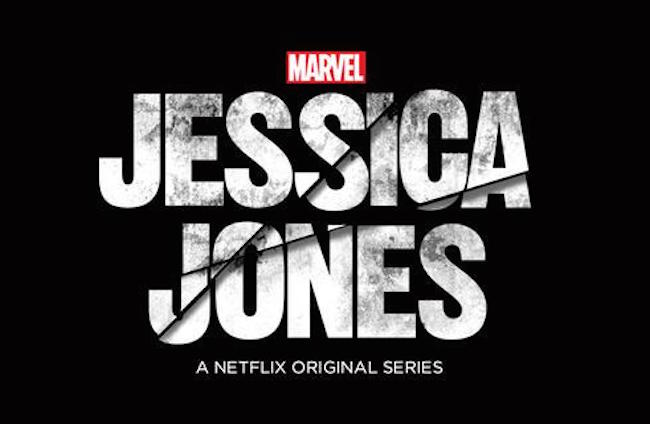 Who is Jessica Jones?

JESSICA JONES will be the second Netflix exclusive television show that exists in the shadows of Marvel’s Cinematic Universe. Season 1 of DAREDEVIL (Check out our season recap HERE) established a very specific and dark tone for these shows.  It also showed us a more realistic point of view of ‘happy go lucky’ Avenger’s universe. As vague as this teaser trailer is, its still enough to establish that JESSICA JONES will be continuing along in the same gritty direction.

The story of JESSICA JONES is that she received her powers in the traditional way (asteroid? toxic waste? radioactive alien spider bite? Fish oil?) and promptly became a tight wearing member of the super hero community. Which didn’t last long. After suffering severe psychological trauma and being held captive as a ‘mindless slave’ at the mercy of a mind controlling villain named ‘The Purple Man, AKA Killgrave, (Played by David Tennant) Jessica decides to hang up the tights and walk among the ‘normals’ of the Marvel Universe as a private investigator. Created by Brian Michael Bendis, the story of JESSICA JONES has offered a unique perspective on the super hero world.  Her story showed a darker side to the heroic antics and the psychological ramifications it can have on people.  The feel of the ALIAS comic was dark and grimy and showed the world of those on the ground floor looking up. Very similar to the feel of Netflix’s DAREDEVIL. This teaser seems to reflect a lot of familiar elements from the original story.  Her descent into alcoholism.  The whispers of her name, presumably from Killgrave. The struggle to rebuild her life. The creation of ‘Alias Investigations.’ The purple tones surrounding her. Standing in the shadow of Avenger’s Tower (Did you catch that?). While this teaser was not nearly enough to sustain me, It did give rise to some semblance of confidence for the show.

I know this ‘trailer’ isn’t much.  It’s barely anything.  I’m still crazy for it. Jessica Jones is one of my favorite modern day tragic heroes. She started off superhero-ing with such ignorant optimism. She was abused (psychological and physically). She wrestled her demons and rebuilt her life.  Addiction. Torment. Forgiveness. She eventually moves on and starts a family with someone else who’s history was also difficult. I don’t know if this show will reflect all that.  Or even do it justice (FURY ROAD really raised the bar on how to write female heroes with an abusive past without it being entirely what they are). I have high hopes for this show.

JESSICA JONES will debut on November 20th, On Netflix streaming.