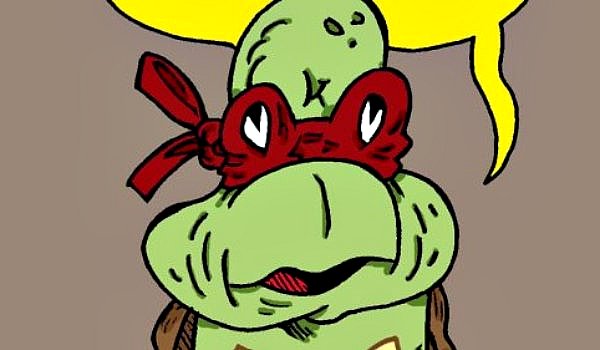 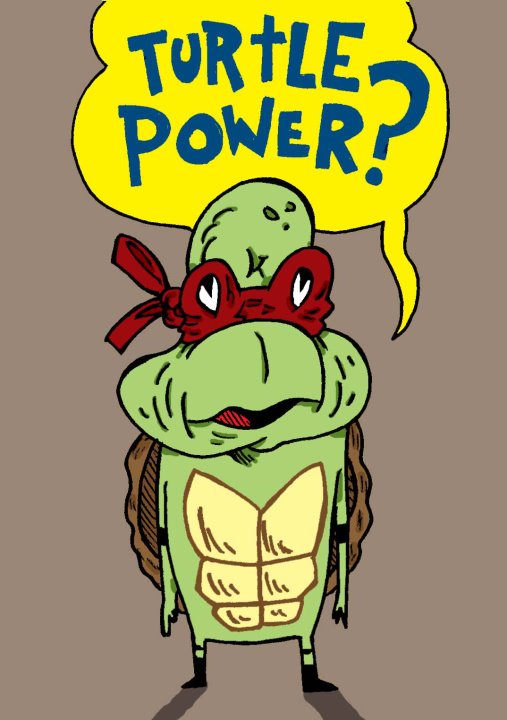 Paramount Pictures/Platinum Dunes’ reboot for the TEENAGE MUTANT NINJA TURTLES film franchise is slated for a June 6, 2014 release. Platinum Dunes co-owner and producer Michael Bay (THE ROCK, TRANSFORMERS Series) sure knew how to stir up TMNT fans in March 2012 by announcing that everyone’s favorite Heroes in a Half-Shell would no longer be mutant turtles but instead be from an alien race.  Fan backlash was extreme with some going so far as to claim the very notion of changing the origin was “raping their childhood.”  An early draft of the script titled THE BLUE DOOR getting leaked online didn’t help matters since it cemented the “alien turtle” angle, made teenage Casey Jones the main character and turned TMNT bad guy Shredder into an evil alien called “Colonel Schrader.”  Needless to say, fans were pissed and the studio urged the filmmakers to suspend the project in order to make the necessary revisions.  Even TMNT co-creator Peter Laird posted on his blog that “all true TMNT fans should be grateful to the new ‘powers that be’ that they did not allow this wretched thing to go any further.” 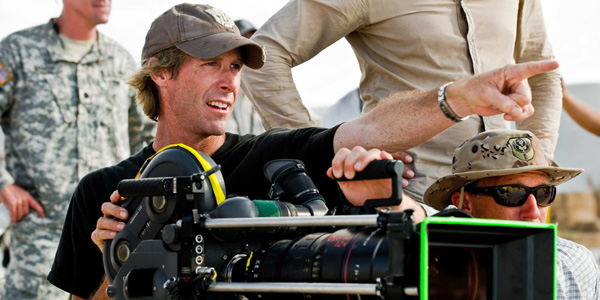 But apparently NINJA TURTLES is moving ahead with news of director Jonathan Liebesman (WRATH OF THE TITANS) to begin filming in April of this year and the announcement of Megan Fox, a veteran of Bay’s TRANSFORMERS films, being cast as April O’Neil.  It has yet to be confirmed if the alien origin or other aspects of the earlier draft remain, but Bay and company have a daunting task ahead of them to win back the goodwill and support of the TMNT fans while also trying to appeal to a new generation.  Given this production team and its resources, what would be a good way of tackling this challenge of epic Turtle proportions?

The Set-Up: “It’s back to the old pet shop for us!”- Raphael

The major step forward to winning over fans and audiences alike is to ditch the “alien turtle race” angle.  Speaking as someone who was willing to let this initially slide, I read the BLUE DOOR script and this idea made the film a confusing mess that became so far removed from anything even remotely resembling a TEENAGE MUTANT NINJA TURTLES story.  What I’ve always enjoyed about TMNT is that it’s a perfect marriage of everyday-ordinary meeting the fantastic: four pet shop turtles are mutated by an alien ooze and are trained in the ways of ninjutsu to battle both man-made and extraterrestrial threats.  The heroes and their methods are of this Earth, yet their adversaries and predicaments stretch to the farthest corners of the galaxy.  If you can get your viewers to become invested in the Turtles this way, then you can throw whatever crazy interstellar obstacles you want into the mix.  Making the TMNT a group of warrior messiahs from beyond the stars tasked with completing a convoluted quest will…well…alienate them from the audience.

The Plot: Mutants Vs. Aliens…and Shredder…

Here’s a simple plot outline I came up with in 10 minutes:

An evil alien warlord from an alternate dimension named Krang seeks to conquer Earth.  He enlists the help of a human industrialist Oroku Saki (who moonlights as a ninja crime lord called “The Shredder”) to develop chemical agents to strengthen his forces.  Four ordinary turtles and a rat are used as test subjects for an experimental mutagen meant to bolster and amalgamate various species’ strengths and attributes (along the lines of THE AMAZING SPIDER-MAN‘s “cross-species genetics”).  Saki’s lab technician, Hamato Yoshi (who also is a martial arts practitioner) is exposed to the rats and mutagen whilst discovering the evil scheme.  He transforms into Splinter and escapes with the mutated turtles into the sewers where he trains them in ninjutsu using equipment from his old dojo.  Along the way, they befriend a television news intern named April O’Neil and tough guy named Casey Jones who join them in their mission to stop the Shredder and Krang from taking over the world with an invading alien force.

Sounds like I’ve taken a lot of influence from the 1987 TMNT animated series, doesn’t it?  Well, honestly if Bay and Liebesman are dead-set on a fantastical Turtle space epic, this could be a better way to approach it.  The Turtles and Splinter are, at first, victims of powers beyond their comprehension; ordinary creatures tasked with an extraordinary mission.  I feel this puts a lot more weight in their appeal to give them a very small and humble beginning. 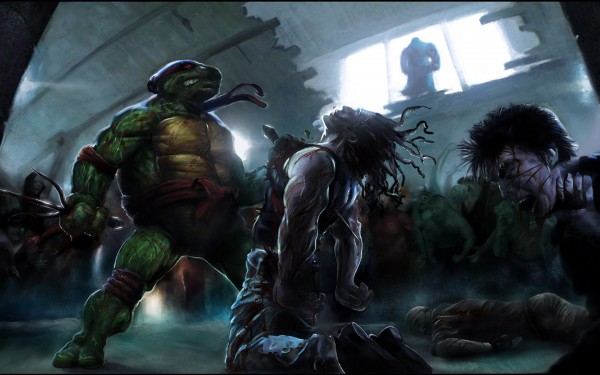 The TMNT have been played in a quasi-realistic yet family-friendly tone with the films from the 1990’s.  The stories were smaller in scale and the characters were jokier.  With this fantastical sci-fi theme, I say go all out on the action with a spectacle that is “colorfully gritty.”  Show the Turtles as tough and brutal ninja warriors who find a way to incorporate their unique physicality into their fighting styles, using their shell-tucking ability to ricochet around and at their opponents and slamming into enemies shell-first (this is demonstrated every once in while in the earlier films for a more comedic effect).  They can be relaxed and wise-cracking from time to time, but when it comes to a battle, they are all business.  I’m sure with all the advancements in puppetry, costume design and motion capture technology, it’s possible for a monstrous man-sized turtle to still come off as likable and emotive.

Though the TRANSFORMERS films were gigantic spectacular blockbusters, one thing I felt the filmmakers never did right was properly put focus on the the titular characters, opting instead to focus on Shia LaBeouf’s shenanigans and other human characters, thinking that we would relate better to them.  Honestly, I could have done with less stammering LaBeouf and more dignified Optimus Prime.  Hopefully, this is a lesson that Bay has taken to heart and that while it’s great to have human characters to interact with and play supporting roles, this is the Turtles’ story first and foremost.  Having some name actors in the human roles makes sense, but to immediately endear the main characters (who most likely will be a combination of puppetry or CGI) to the audience, they have to take on a life of their own rather than rely on celebrity voice recognition.  So here are my picks for the TMNT’s vocal/live action talent: 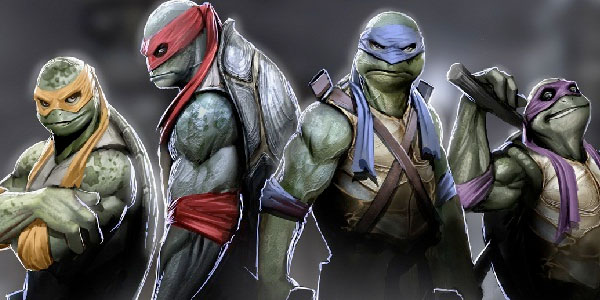 Raphael- Jensen Ackles (SUPERNATURAL) has the appropriate amount of arrogance and attitude in his voice for the mutant hothead.

Leonardo- Will Friedle (BATMAN BEYOND) can play cool and collected to steely ninja warrior as the Green Machine’s leader.

Donatello- Elijah Wood (WILFRED) has a shy-but-determined quality in his voice that could bring the team’s tech guru to life. 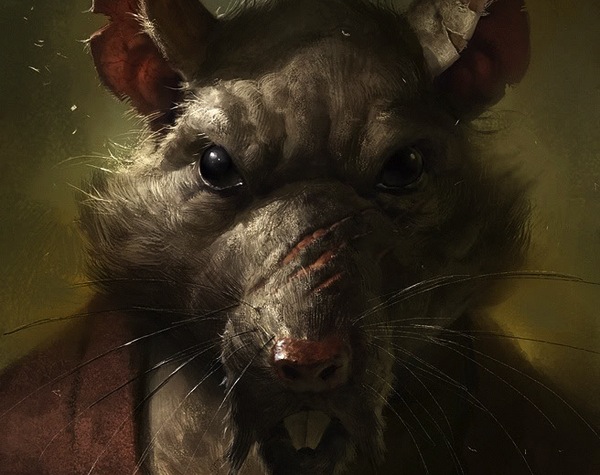 Splinter/Hamato Yoshi- Collin Chou (THE MATRIX RELOADED) may be known more for Hong Kong-based martial arts practices, but he wouldn’t be human on screen for long and his voice could lend a sense of gravitas and legitimacy to the role of Splinter.

Oroku Saki/The Shredder- Ken Watanabe (THE LAST SAMURAI) can definitely pull off the duplicitous nature of a calculating captain of industry who also just happens to be a cold-hearted ninja master.

April O’Neil- even though Megan Fox has been cast in the role, I feel that for the plot and vision I’m proposing in this article, Kate Mara (HOUSE OF CARDS) would be a good choice to convey the ambition of an up-and-coming reporter and the resourcefulness of the Turtles’ liaison to the human world.

Casey Jones- Joseph Gordon-Levitt (LOOPER) has shown us in recent years that he’s not just a pretty boy and is fully capable of doing the Turtles’ hockey mask-wearing ally justice on the big screen.

Krang- Willem Dafoe (THE HUNTER) just has this slimy and sinister quality in his voice that would make for a perfect sadistic warlord from Dimension X.

Bebop- Terry Crews (THE EXPENDABLES) has a wild unpredictability in his vocal quality that would be perfect for the lethal warthog henchman.

Rocksteady- Clancy Brown (COWBOYS & ALIENS) has made a decent living with his larger-than-life voice and playing animated behemoths much like the mutant rhino berserker.

Well that wraps up what I would like to see as a life-long TURTLES fan. So what do you think, fellow TMNT fans?  Agree/disagree with my choices?  Sound off in the comments below with your thoughts and input on the project.

Also, check out the latest McGTV episode of LET ME GET THIS STRAIGHT that showcases the Turtles’ reaction to Bay plans for the franchise: