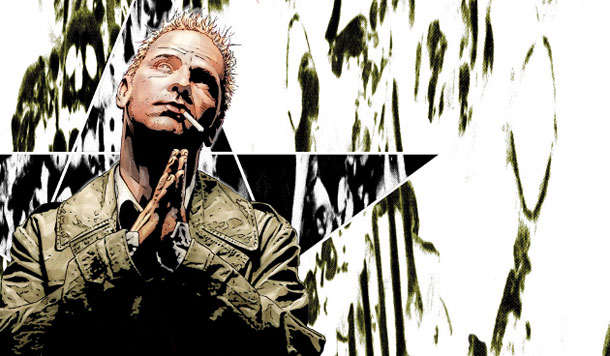 A CONSTANTINE live-action television show has been teased for some time now and it looks like fans are as close as they have ever been to this becoming a reality with the announcement that NBC has ordered a pilot episode to be produced.

While this does not confirm a full season (looking at you AQUAMAN and WONDER WOMAN), it does look promising. I’m curious as to why this was not picked up by THE CW seeing how they have a lot of success with the superhero (ARROW and SMALLVILLE) and moody (SUPERNATURAL and VAMPIRE DIARIES) genres. Would have been a perfect fit I tell you! In any case, NBC is ready to move along with a pilot crafted by David Goyer (DARK KNIGHT TRILOGY and MAN OF STEEL) and Daniel Cerone (THE MENTALIST). Little else is known about specific details at the moment such as actors involved or overall plot.

For those keeping score at home, CONSTANTINE will be based off the character John Constantine who first appeared in Alan Moore and Steve Bissette’s run on SWAMP THING and had continued success in a standalone book titled HELLBLAZER (ran 300 issues and continues on in the “New 52” universe). And yes, this is the same “Constantine” as the one played by Keanu Reeves not too long ago who struggles with his own faith but is called upon to defend earth against the ever-looming evil spirits of the netherworld! Or something like that. And double yes, I liked that movie…a lot. If you don’t trust me or my opinions anymore I understand. You’re loss. HANCOCK was great too! So eat that! Totally unrelated, I know, but true.

In any case, I think this is a wise decision for NBC and I can always use more supernatural-themed shows based on comic books. It’s just something else to look forward too besides more ARROW and the soon to be released GOTHAM. Sorry MARVEL’S AGENTS OF S.HI.E.L.D you still kinda suck, but I want you to be good.

In the San Francisco area looking for your next CONSTANTINE or HELLBLAZER comic book fix? If so, Check out MISSION: COMICS & ART. They’ve got you covered!