Movie Trailer: Pirates of the Caribbean: On Stranger Tides 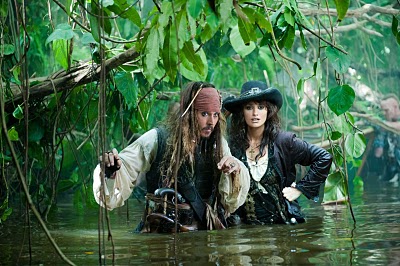 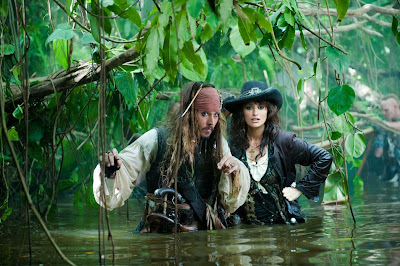 Thanks to JOBLO we get our first look at the Rob Marshall (CHICAGO, MEMOIRS OF A GEISHA) directed Summer movie PIRATES OF THE CARIBBEAN: ON STRANGER TIDES. This is the fourth PIRATES OF THE CARIBBEAN movie and this time around we follow Captain Jack Sparrow, played by Johnny Depp (EDWARD SCISSORHANDS, SLEEPY HOLLOW), on his quest to find the legendary Fountain of Youth.

Are any of you still interested in a new PIRATES movie starring Johnny Depp? I have to admit I am a bit skeptical of this one and fear it is just a cash grab from Disney, who we all know needs more money. I was a fan of the first PIRATES and thought it was great to see a movie about Pirates with a huge budget. It was fun, well acted, beautifully shot and directed, and just a lot of fun. While the second two PIRATES movies were fun and had some great CGI effects, it just seemed a bit much. By the time the third PIRATES movie had come out I was just not interested anymore and kind of sick of Mr. Sparrow and his predictable antics. Depp just seemed to be doing a caricature of himself from the first movie in the sequels if that makes sense.

I am glad to see Geoffrey Rush (MYSTERY MEN, THE WARRIOR’S WAY) return as the misunderstood Barbosa and the addition of Penelope Cruz (VANILLA SKY, ALL THE PRETTY HORSES) as the new leading lady and Ian McShane (DEADWOOD, HOT ROD) as the famous Blackbeard looks to be a great casting choice. I especially like the look of McShane as Blackbeard and he is just perfect for the role. However, this trailer seems a bit goofy and full of itself. I could have done without the introduction and commentary from Depp as Sparrow. Just give me the damn trailer already. Check it out below for yourself.

PIRATES OF THE CARIBBEAN: ON STRANGER TIDES opens May 20th 2011.