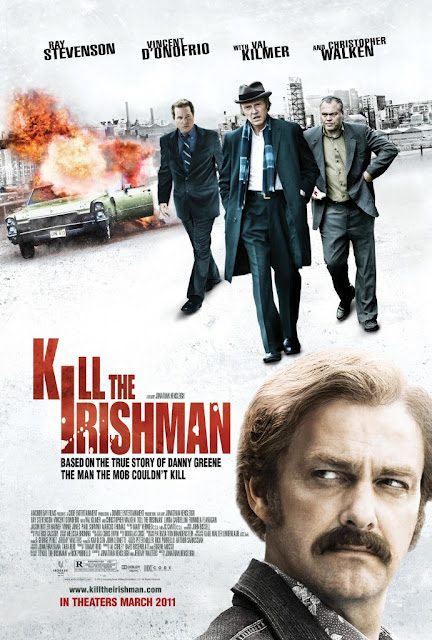 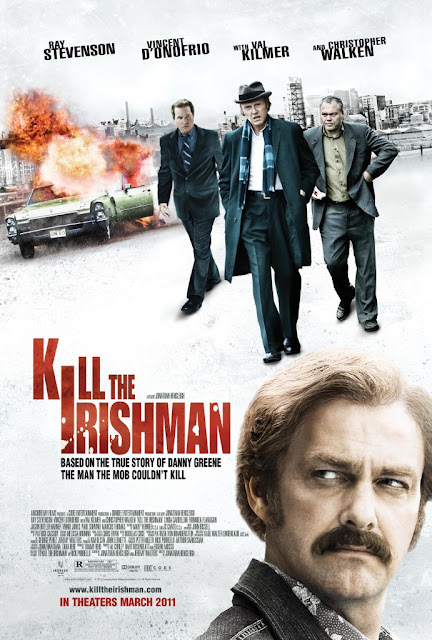 This trailer for the movie KILL THE IRISHMAN seems to have come out of nowhere and looks pretty damn cool. I have never heard of it before and I am quite surprised considering the talent behind this film. KILL THE IRISHMAN comes from writer/director Jonathan Hensleigh who you may not have heard of, but I’m sure you have seen a movie or two he has written. Some of his writing credits include DIE HARD: WITH A VENGEANCE, JUMANJI, and ARMAGEDDON. He has only directed one movie thus far and it was the 2004 Marvel film THE PUNISHER starring Thomas Jane. I mention this only because 4 years after that in 2008 there was another PUNISHER movie titled PUNISHER: WAR ZONE starring Ray Stevenson (ROME, BOOK OF ELI) who is the star of KILL THE IRISHMAN. Funny connection don’t you think?

Anyways, this movie stars Ray Stevenson as the Irishman that everyone wants to kill. The awesome supporting cast includes Vincent D’Onofrio (THE CELL, LAW AND ORDER: CRIMINAL INTENT), Val Kilmer (TOMBSTONE, WILLOW), and Christopher Walken (THE DEER HUNTER, THE RUNDOWN). I am a big fan of Stevenson and am glad he is getting the spotlight here. His work on ROME was astounding and he is a true talent in the industry. His character in this trailer looks very interesting and bad ass. Let’s hope that this movie gets him into a more leading man role in future projects. You can check out the trailer below thanks to YAHOO MOVIES.