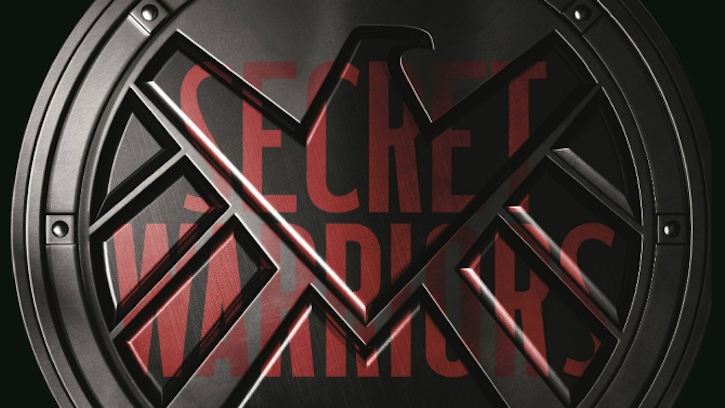 I guess I should write a little bit more than that?

Lets cut right to it, shall we?  I’m not going to spend too much time trying to defend season 1 of SHIELD.  I’m tired of doing that and quite frankly, I really shouldn’t have to at this point. WINTER SOLDIER came out and most people realized they left the party 10 minutes before the German exchange student showed up with a keg. Then, season 2 rolled out a near perfect *insert complex gymnastic move here* and the crowd went wild. Yeah, there was still some learning to be had (I needed Coulson cracking more jokes). They introduced some dynamic new characters and continually kept tossing stones in the pond that sent ripples throughout the entire MCU. SHIELD became more than a show that needed IRON MAN to establish its direction; it created its own universe inside of a bigger universe.  THE AVENGERS flipped an entire country and all we needed to see was a quick glimpse of it on some background TV. I stopped watching SHIELD hoping for a THOR cameo and started watching MCU movies hoping to see Bobbi in the background handing Fury a thumb drive.  A compliment considering that GUARDIANS OF THE GALAXY may be one of the greatest space adventure film ever made.

The 3rd season premiere of SHIELD felt like watching someone setting up a glass super hero chess board.  Hydra has disappeared into the shadows. ‘Boat SHIELD’ has been dismantled. Coulson and his rogue crew are all that stands between regular people and the sudden influx of Inhumans into the population. Also, the only ones looking out for the Inhumans. Skye is now Daisy. Bobbi and Mack are necking. Simmons is still MIA and Fitz is blinded by his obsession to discovered what the monolith did to her. After the events in London (THOR:  THE DARK WORLD), New York (AVENGERS) and Sokovia (AVENGERS 2) A new secret government task force (The ATCU) has been created to help ‘contain’ the new super powered beings emerging in the world. “Space exploration and the defense department no longer eat at separate tables.”  Just give me Abigail Brand and SWORD already. May is on (permanent?) vacation (No). Hunter is determined to take down Grant. Coulson is having trouble settling on a robotic hand. (Did anyone else think it was weird that Coulson is keeping his old barbecued hand on display in the science lab?) “The incident at Pym Industries.” What else… Oh!  An Inhuman is hunting down other Inhumans on Earth and sizzling their chest.  Perhaps fulfilling a task handed to him by Lord Blackbolt.  ggwaa536 a2ahhhh!  I’m getting a little worked up.

If it wasn’t already obvious, I thought this was an excellent season premiere.  Every character on the show feels super established at this point. The introduction of Rosalind and her shadow government organization feels pretty well handled. We’ve seen Coulson pitted against other agencies and it always felt frustrating that their misguided instinct was to always butt heads with him.  Ain’t they supposed to be smart or something? This new agency feels like it’s going to be smarter than what we’ve already experienced. The introduction of a large population of super powered folks into the population definitely has to factor into the feud between CAPTAIN AMERICAN and IRON MAN in CIVIL WAR. Perhaps the Terrigen Mist are what give JESSICA JONES her powers?  Actually, I hope not.  It feels sort of lazy to have the Terrigen crystals be responsible for anyone having powers in the MCU.  Seriously, this show is super dope and I can’t wait to ride this rollercoaster.  WHOA!

I almost forget that the end tag is all about Simmons being trapped on some alien planet. WHAATTT. I know… Having Starlord rescue her would be pretty outstanding.

I mean, my next best bet would be Thor showing up to rescue her.  Actually, I think it’s pretty obvious that Coulson is going to send a small team through the Monolith to rescue her.  Then, we get a scene of Mack taking out some sort of ‘space wolf.’  Yes.  I’d be okay with that.