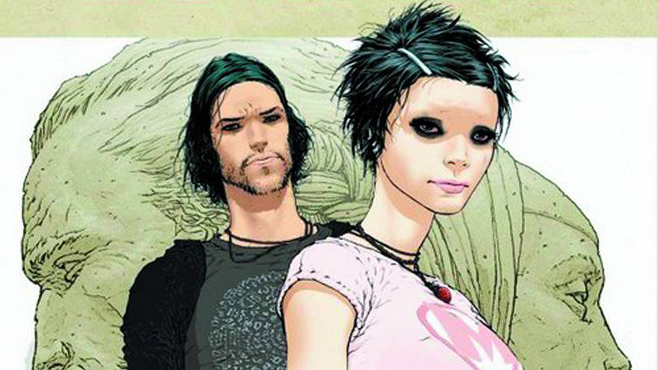 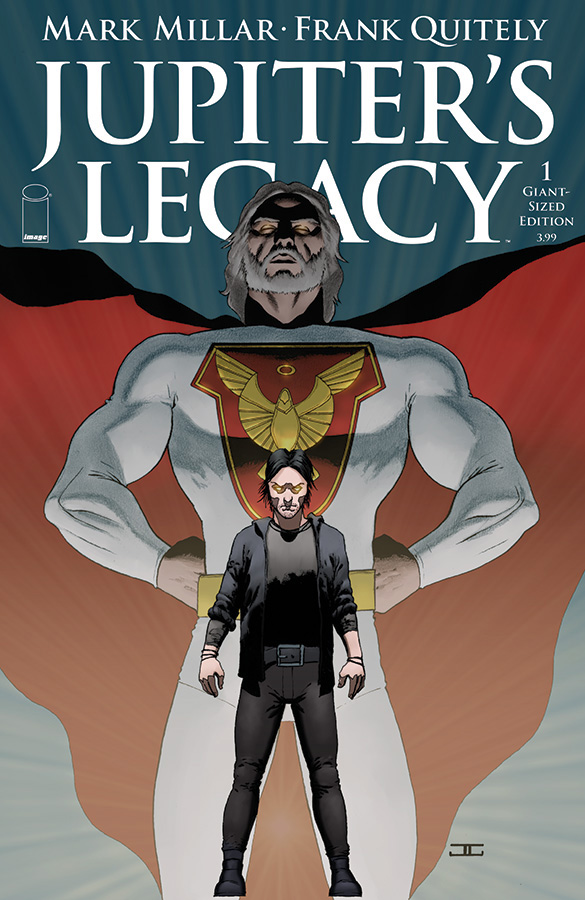 I’m pretty sure that if Superman had children and they grew up in our world, they would be pretty fucked up.

JUPITER’S LEGACY tells the story of Sheldon Sampson, a 1930’s bankrupted American businessman, who is drawn to a mysterious island that he believes will grant him the ability to save America from destroying itself during an economic recession. Along with his brother, Walter, they discover that the island is able to grant them super human powers and thus brings about an age of heroes. While we don’t really get to actually see this golden age of heroes, we do get to see the world it has created. Which, sadly to say, is not very different from the world we live in now.

Mark Millar (KICK-ASS Series) has a very unique ability to write complex superhero stories in a very realistic landscape. The present day world of JUPTIER’S LEGACY is not a utopia.  Under President Barack Obama, the United States finds itself on the verge of economic collapse. The two opposing ideologies expressed between Sheldon (The Utopian) and his brother Walter is the decision to more directly assist the governments of the world or maintaining their self imposed ‘hands off’ policy. Sheldon, being the strongest of all heroes, seems to feel that the world would be better off if left untouched by super hero hands. In typical comic book fashion, the super powered beings of the world seem to spend all their time battling one another, instead of positively changing the world. ‘Protect the world from those who would try and destroy it’ and all that nonsense. Isn’t it weird that Superman is battling robots in Metropolis and not feeding children in Africa? 70 years of very little sociological change is all the evidence Walter needs to think that perhaps greater measures need to be taken.

In any superhero story, the question of how much interference is tolerable in any society’s growth by those with supernatural powers is always prevalent. It seems to be an extremely slippery slope between giving society an image to look up to and lethally imposing your ideologies with a superhuman hand. ‘Power corrupts…’ ‘With great power…’ etc. When it comes down to it, who is truly able to say what is right and what is wrong?  Where is the line between allowing a society to discover it’s own way and forcing the change you deem fit? What is the purpose of having great power if you don’t use it to make the world a better place? 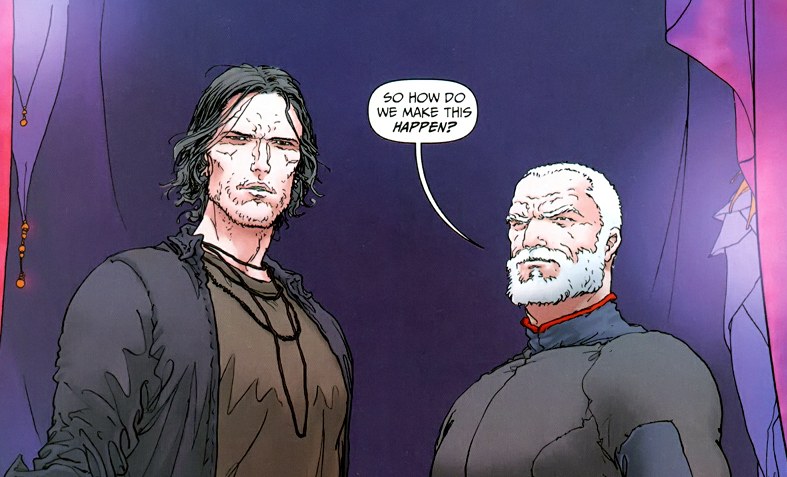 While these conflicting ideas lay at the heart of JUPITER’S LEGACY, the story really deals with the children who have grown up in the shadow of their larger than life super hero parents.  Sheldon’s children, Brandon and Chloe, live a volatile life style full of sex, drugs and super hero corporate endorsements.  Having never really fully lived up to their parents legacy, the two seem content wasting away at the bottom of a champagne bottle. Playing upon the damaged egos of Brandon and the rest of the super hero community, Walter pushes his fellow teammates towards overthrowing the Utopia and enforcing the change they deem necessarily.  Now on the run from this new superhuman regime, the pregnant Chloe and her boyfriend Hutch (the son of one of the world’s greatest super villains) are forced to confront their destinies and determine what their legacy will truly be.

Featuring art work from one of my favorite comic artist, Frank Quitely (We3) and the writing of Mark Millar, JUPITER’S LEGACY is one of the first books out their to deal with the psychological ramifications of growing up in a superhuman household. Would you forever be walking in the shadow of greatness or would your step up to the party and forge your own destiny?  Or.. would you end up twerking in your underwear in front of millions of people?

The first 3 issues of JUPITER’S LEGACY have recently released in a “Giant-Sized” collected edition for the extremely low price of $3.99 and I completely recommend it!