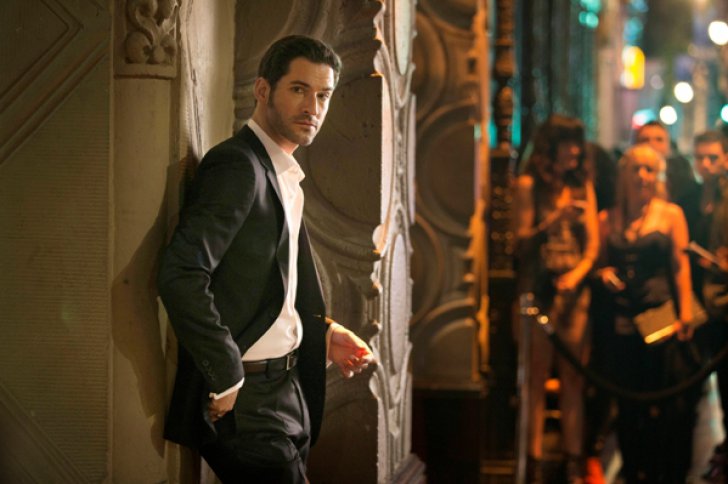 I’ve always found the complexity of ‘Lucifer’ to be one of the more fascinating throughout literature.  Lucifer is the ‘darkness’ to God’s eternal ‘light.’  God offers ‘eternal bliss’ while the Devil wants only to corrupt and spoil humanity. In 1667, John Milton posed the question of ‘what if Lucifer was actually the hero of the bible?’ This did not go over well.  Fire. Torches. Pitch forks. Milton suggested that when presented with the options of blind servitude or agonizing freedom, Lucifer chose to be free. Obviously. He was a Seraphim, from the highest choir of angels, who decided to turn his back on his creator because he chose to exert the one thing his almighty had failed to give him… free will.  It is better to reign in hell than serve in heaven. That ole chestnut. He wasn’t necessarily bad or evil.  He did not want to take over the world or destroy everything that God had created. He just wanted the opportunity to create his own path, like us ‘apes.’ We can choose to be good.  We could choose to be bad. It’s the choice that defines our humanity. So, Lucifer was banished to the sanitation level of our universe for all of eternity. … I’m getting sidetracked, aren’t I?

Speaking of ‘long histories,’ Fox has one with creating shows that feature ‘one by-the-book cop’ who teams up with an ‘eccentric civilian smart ass who possesses a unique set of skills that prove invaluable for solving crimes.’  I think this may be the 10th article I’ve written about a show that employs this tactic. The only difference, this time, is that the ‘eccentric’ is actually the Devil. Old Scratch, himself. After an eternity in hell, Lucifer has decided to take a ‘holiday’ in Los Angeles.  He’s opened a club.  He’s solving crimes. He has the ability to make people confess their deepest desires. He’s getting to know the pasture where all his meat comes from.  Everyone on this show is literally an ancient celestial being and they could care less about the etiquette of our society. Everyone straight up tells people, repeatedly, who they really are. “I’m a demon.”  “I’m the Devil.  No. Really.  I’m the Devil.”  It’s not their fault that nobody believes them. God used to rain down blood and crickets. The good ole days.  They’ve seen an aspect to our universe that mortals can’t even comprehend. While anyone granted this sort of access would see humanity has an ant under their boot, the problem arises when Lucifer starts to actually care for us poor, unfortunate souls. Not a smart move, Lucifer Morningstar.

And that’s the plot of LUCIFER. The devil leaves hell and chaos ensues.  The angels want him back in the pit. Lucifer is done being God’s lap dog. Lucifer’s demon acquaintances are skeptical of his motives.  Yes, at times, Lucifer reverts back to his terrifying roots.  He’s been in hell for the past 2000 (or millions) of years, depending on what nonsense you believe.  He’s evil.  The show does a good job of reminding you of that.  It’s the glimmer of humanity that we see growing within him that tickles your taste buds. Why is he changing?  What is he becoming? Good thing he has a therapist to ‘talk’ with. I just don’t understand how a show starring the ‘Devil’ as the main character and has him constantly talking smack at his father, God, is going to survive in our dimwitted society. I mean, some people thought taking snowflakes off of a coffee cup could be considered a ‘war on Christmas.’ In fact, there are a few organizations actively protesting this show. Lauren German plays Lucifer’s police tag team partner.  She does a really great job of playing the skeptical-but-suspecting role on the show. Tom Ellis’ personification of the prince of darkness is charming and is one of the main pulls. I like how fast the plot is moving along.  I’m a sucker for any show that has the characters screaming their secrets in the first episode. Give it a shot.  Trust me.

Oh.  This show is also based on a Vertigo book from DC Comics.  I’m only mentioning it now because the only similarity is that they both share a name.