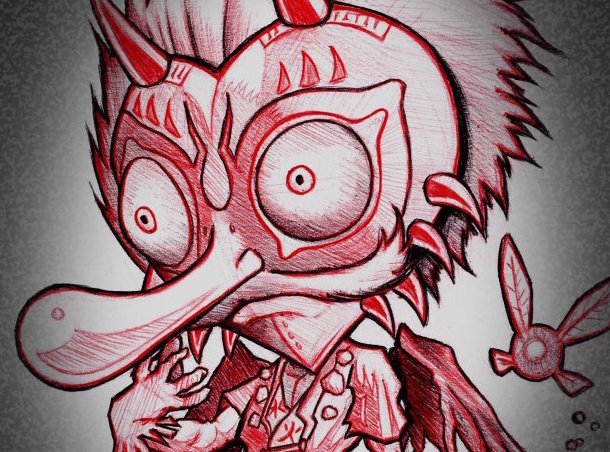 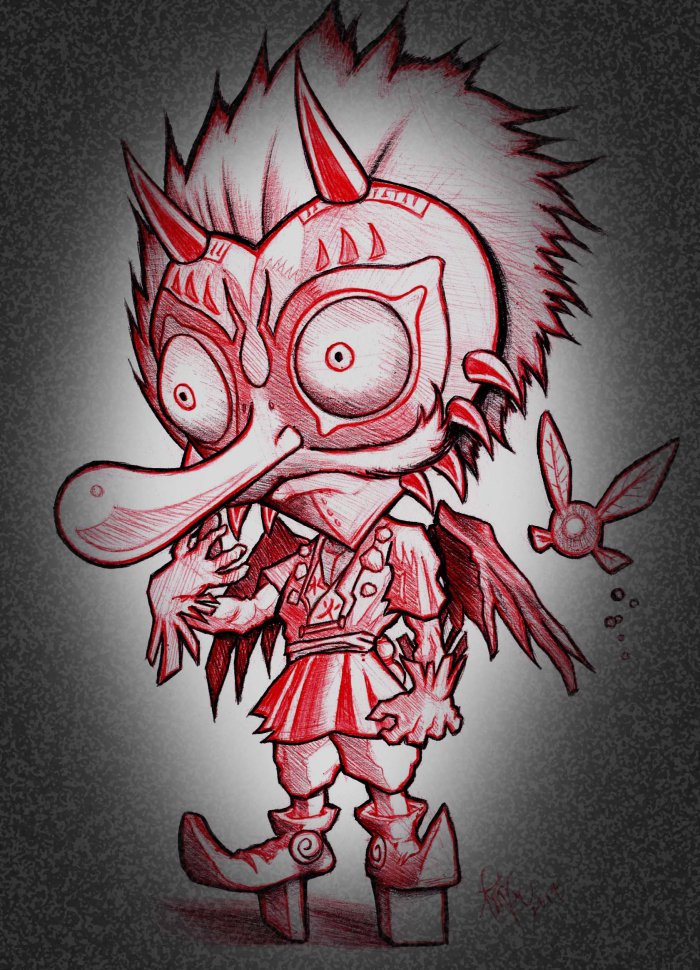 MAJORA’S MASK really sets itself apart from the rest of the ZELDA series right from the beginning. Finding Link exploring a spooky forest, only to be attacked by a stranger wearing the infamous Majora’s Mask itself, and almost immediately in a strange new body is disheartening. The entire world feels overbearing and creepy, and there is good reason for that. MAJORA’S MASK 3D is an experience greatly removed from franchise conventions, lending it an originality that will leave a lasting impression on the player, long after completing the game.

MAJORA’S MASK’s story is one unlike any other game in the series. Gone is the princess that needs saving replaced by an entire town full of citizens to rescue from impending doom. The moon, incredibly creepy face in tow, is falling from the sky and in three days’ time the entire town will be destroyed. It’s up to Link to find the Skull Kid, the stranger who attacked him at the beginning, and find a way to save the entire town.

This is no easy task to complete however, as many people in the town will have very specific conditions that need to be met before they will leave the town. On top of all that, there are four traditional dungeons that Link must traverse while paying mind to a three day cycle in which everything must be completed or you’ll have to start over with the knowledge you obtained the last time around. This sounds annoying at first, and at times it can be, but more often than not it feels great to learn crucial information that takes a considerable amount of time to obtain on one playthrough and be able to use it right away on the second playthrough.

Visually MAJORA’S MASK 3D is a big step up over the original N64 version. Character models are much more detailed and environments are lush, with key landmarks being easily recognizable. The art style is very similar to OCARINA OF TIME when it comes to the character models but the environments are considerably more sinister in appearance. The visual improvements play with your expectations of what the game originally looked like, making the game both visually appealing to new players and familiar to people who grew up with the game. MAJORA’S MASK 3D is the most visually appealing handheld Zelda game that I have played yet.

The soundtrack in MAJORA’S MASK 3D lives up to the lofty expectations set by the rest of the ZELDA series. The score leans much more toward the grim or unsettling than the previous games in the series. When you’re approaching midnight on the final day, things are incredibly silent and disheartening. It’s truly one of Nintendo’s greatest triumphs to have worked on a soundtrack so much different than their typical fare. There are tracks that fans will be familiar with from OCARINA OF TIME and new ones that keep things from getting too grim.

In conclusion, THE LEGEND OF ZELDA: MAJORA’S MASK 3D is a great remaster that skillfully updates the game to make it both accessible to new players and nostalgic for fans of the original. The game’s structure really is a breath of fresh air for players like myself that have run through the same basic ideas with ZELDA time after time. Based on the incredible sales of MAJORA’S MASK 3D back in March, hopefully Nintendo sees the potential in these less orthodox ZELDA adventures and gives us a new one to experience in the future.