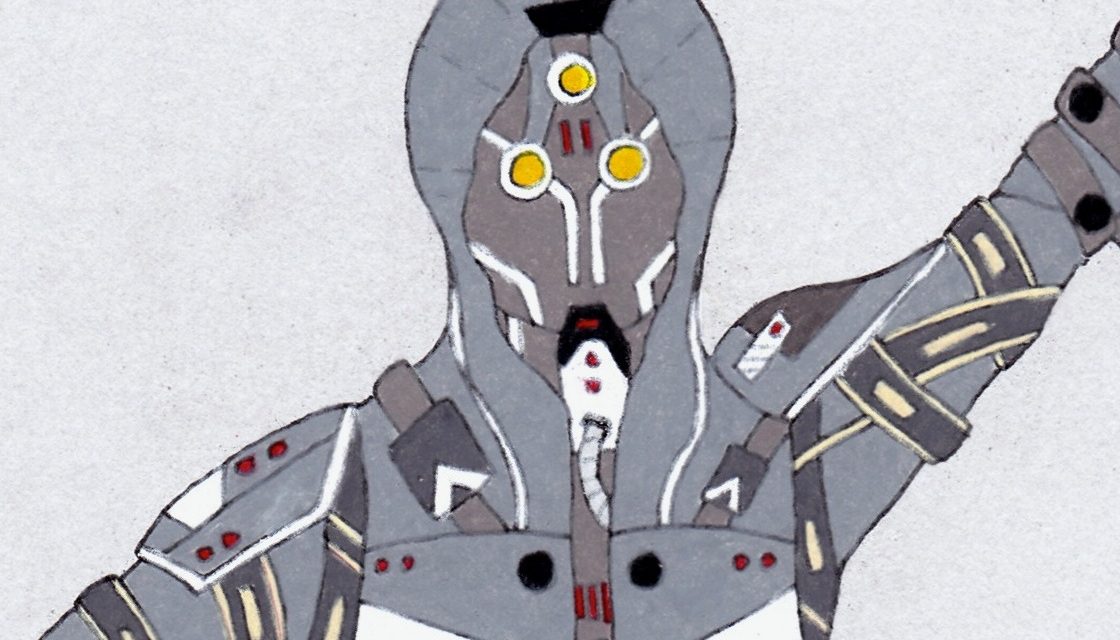 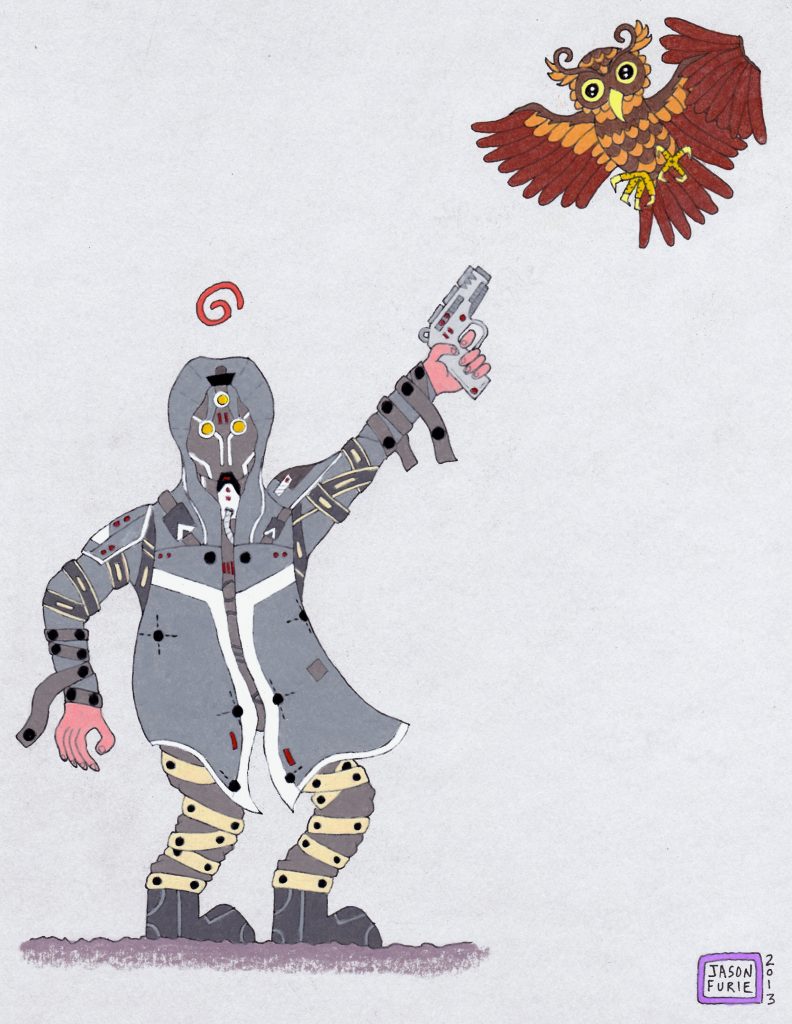 KILLZONE: SHADOW FALL marks the 4th entry in the long running Sony-exclusive series on home consoles and serves as the best launch game to put in your shiny new Playstation 4 this holiday season. I have played, and mostly enjoyed, all of the KILLZONE games of yesteryear so my anticipation for SHADOW FALL was pretty high. Now that I’ve had a chance get my eager little nerd hands on this game, I am pleased to say that the experience as a whole is quite satisfying. Everything from the new and engrossing visual style, refined gameplay, and overall “fun factor” amount up to one hell of a launch game and a worthy new addition to a series l already enjoyed.

In SHADOW FALL, players assume the role of Lucas Kellen who (due to a series of tragic events) becomes a “Shadow Marshall” charged with infiltrating  enemy territory and putting an end to the long-standing feud between the Vektans (basically the good guys) and Helghast (basically Nazis). These warring factions have always been at each others throat and the devastating events of KILLZONE 3 has made it so they both have to share a single planet. Of course this is not going to end well and the 2 sides quickly begin to squabble and start blowing each other away. I must admit, KILLZONE games usually have a seemingly simple enough premise yet I always feel confused and baffled by the muddled and confused narrative these games usually offer. Maybe the issue is that the story just isn’t that interesting and I subconsciously thirst for something more. At least SHADOW FALL streamlines things nicely here and grounds the story and characters a bit better than in previous efforts. It’s nothing to write home about, but is efficient enough and gets straight to the action.

Aesthetically, SHADOW FALL is a very different beast compared to previous installments. Gone are the drab and muddy environments that had players traversing through linear hallways and boring environments. Instead we get a wide variety of simply stunning locals including vast and colorful forests, jaw-dropping cityscapes, and desolate space stations that will remind you of all those nightmares EVENT HORIZON gave you (that I still have). The moment the singe-player campaign starts, players will be in awe at the spectacle. THIS is a true next generation game and it shows. There are huge sprawling cities with no pop-up, the water and rain effects dazzle, there are small details in every nook and cranny, and it all runs super smooth. The most notable next-gen attribute here is all about lighting and effects. Bullet shells and sparks fly, rain looks like rain, and never before have I seen light create such a great atmosphere in a game. Flood lights distract your vision, light glows through forest ruffage, and the enemies have little pads of light glowing on their costumes serving who the hell knows what purpose but it’s damn cool. Basically this game is beautiful, varied, and a joy to traverse. The cherry on top is the mood music and wonderful soundtrack that will have any self respecting nerd having flashbacks of BLADE RUNNER and the Nintendo 64’s PERFECT DARK. Basically I have no complaints here about the graphics and visual style. Simply beautiful.

Something that always bothered gamers about the gameplay in this series was the heavy and somewhat slow movement of your character. Each installment seems to speed up your main avatar and SHADOW FALL has finally hit the sweet spot offering a quicker and more nimble hero that would make Master Chief proud. This is only complimented by a vast array of fun as hell weapons to destroy your foes. There are so many fun and varied weapons to explore that one may thing they are playing the next RESISTANCE game. The handguns are accurate, the machine guns pack a punch, and the sniper rifles are deadly as ever. There is even a weapon that serves and a great machine gun that can transform into an enemy-lobbing and super powerful sniper rifle. Trust me, it’s really fun. Also along for the ride is a creative little robo-companion called an OWL. This little guy hovers around you and serves a variety of functions including an attack mode, creating a shield, stun enemies, a zip-line to cross large sections, hacking computers, and even bringing you back into the fight when you fall. He is a fun little companion that adds a welcomed layer of depth to the whole experience. I hope OWL’s are going to be KILLZONE mainstay!

One gripe I simply cannot ignore is the lack of any real vehicular mayhem. A hallmark of past KILLZONE games are the opportunities you have to battle in a hulking mech suit, fly a wild jet pack, or take down a huge robotic monstrosity on foot! While these moments are hinted at, I feel like the momentum the series has built up for itself took a few steps backwards in this department. This is likely the case so sequels will seem  more varied and different. Even still, SHADOW FALL has its fair share of epic battles involving some visceral encounters with threatening machines and dangerous enemies. In any case, a slower pace and more refined experience is the name of the game here. And while I miss some elements that I was hoping for, SHADOW FALL is its own beast that is taking the series in a new (and welcome) direction. Just bring back the damn mech suits and jet packs next time please!

I admittedly buy these games for the single player experience. Always have. Sure I like to romp around in the online battlefields sometimes, but as I get older, a lot of these modes just seem like I am throwing time down the toilet. That said, I have spent my fair share of time with the game’s multiplayer modes and can happily say that the experience is a pretty damn fun way to thrown time down the toilet. Things have been streamlined here a bit from past efforts creating a much more accessible and less stressful multiplayer component. Most weapons are available right from the go and it’s up to you to unlock attachments and abilities. This creates a more even playing field that relies more on skill to win a battle rather that just logging in a bunch of hours to get a good weapon. There are 3 distinct character classes to choose from and upgrade, and playing as any of them can be fun depending on your mood and style. There are also a plethora of challenges to complete within multiplayer that unlocks said attachments and abilities. These challenges are fun and really let you explore all the different styles and weapons at your disposal. The maps are all varied enough and you can do battle with as many as 24 online competitors at once. “Warzones” mode is my favorite because it’s just a mix mash of all the different game types and when one round is over, the next one immediately boots up avoiding all that wasted time getting booted back into lobbies to wait for another match. You can just do this mode forever until your thumbs bleed. All in all, this is not a bad alternative to those of you sick to death of CALL OF DUTY and BATTLEFIELD matches.

At the end of the day it is important to remember that KILLZONE: SHADOW FALL is a launch game for a new system that developers have not had a lot of time with yet. That said, if SHADOW FALL is the very first effort, I cannot wait to see what is in store for us in the future. SHADOW FALL is a fun and worthy addition to the KILLZONE series that I am glad to have played. While the story may be a bit bland and I never got to ride in a mech suit, the new visual style, wonderous BLADE RUNNEResque atmosphere, and overall slick gameplay creates an excellent package that anyone owning a Playstation 4 needs to try out. See you in the warzone!