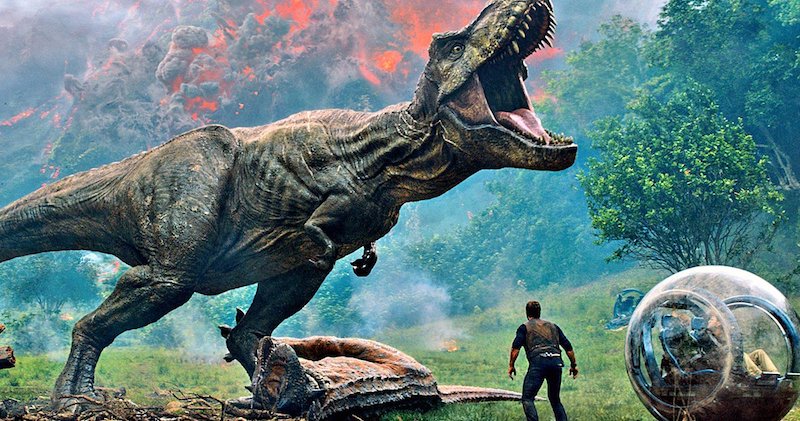 So you can imagine I’m a huge fan of JURASSIC PARK. In fact, I can easily rank the original JURASSIC PARK in my top 3 movies of all time. Yeah, I love it that much. A common mistake moviegoers fall for is setting unrealistic expectations whenever viewing a prequel, sequel, inbetweenquel, and/or a squeakquel. I know there won’t be a movie that can recapture the magic of the original JURASSIC PARK. And if I went into this film comparing it too harshly against the original, I would be setting myself up for some serious disappointment.

At the end of the day, FALLEN KINGDOM looks like a mindless action flick featuring dinosaurs running from a volcano explosion with humans in the way. Sure it’s not the direction I would take, but it sure does look cool.