Nintendo has officially announced their next console the NINTENDO SWITCH to be released March 2017.

The NINTENDO SWITCH boasts the ability to be played both at home on your television screen and “on-the-go” with a detached controller/screen combo allowing you to play anywhere you want. The new console will use cartridges, similar to the NINTENDO 3DS, allowing the games to easily travel with you. It will be extremely easy to switch between television and handheld forms opening up a lot of new avenues for single and multiplayer gameplay. It is unclear at this time is the portable screen is a “touch screen” or if there is Amiibo support.

For the full press release head over to Nintendo’s official website.

In pure Nintendo form, this is a pretty experimental machine that is a bit of a gamble, once again, for the company. One thing is for sure, I respect the hell out of Nintendo for walking their own path and creating games and machines that are like nothing else on the market. I think people are thirsty for something new and innovative to juxtapose the intense battle between Microsoft and Sony for living room dominance. Good for you Nintendo, you’re the coolest.

It’s also interesting seeing the new ZELDA game BREATH OF THE WILD featured here almost certainly cementing a March 2017 release. And is that a new MARIO platform? If so…SOLD! And while official specs aren’t out just yet, we see the new SKYRIM playing on the machine as well as what appears to be updated versions of MARIO KART 8 and SPLATOON. So hopefully this is a powerful machine at least comparing to the XBONE and PS4. Either way, people don’t buy a Nintendo machine for CALL OF DUTY, so I’ll take anything as long as it’s HD and makes Nintendo’s first-party games pop!

No price point has been announced yet, but we will surely get that in an upcoming Nintendo Direct video along with some official game announcements and releases. Hopefully sooner than later seeing how March 2017 isn’t really that far off.

Until more details emerge, take a look as the logo, and HD show of the system, and a list of some of the developers working on the NINTENDO SWITCH. Stay tuned. 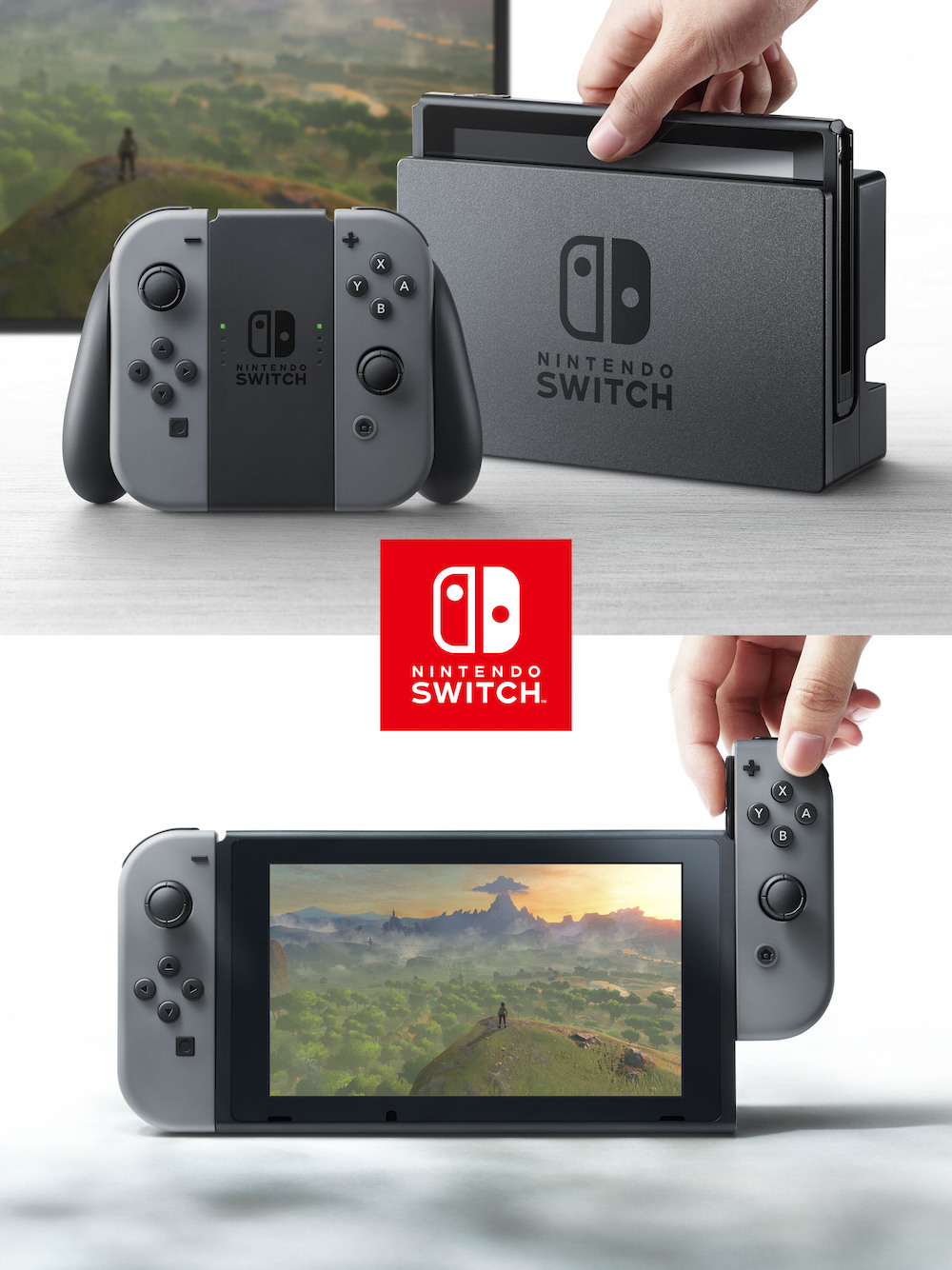 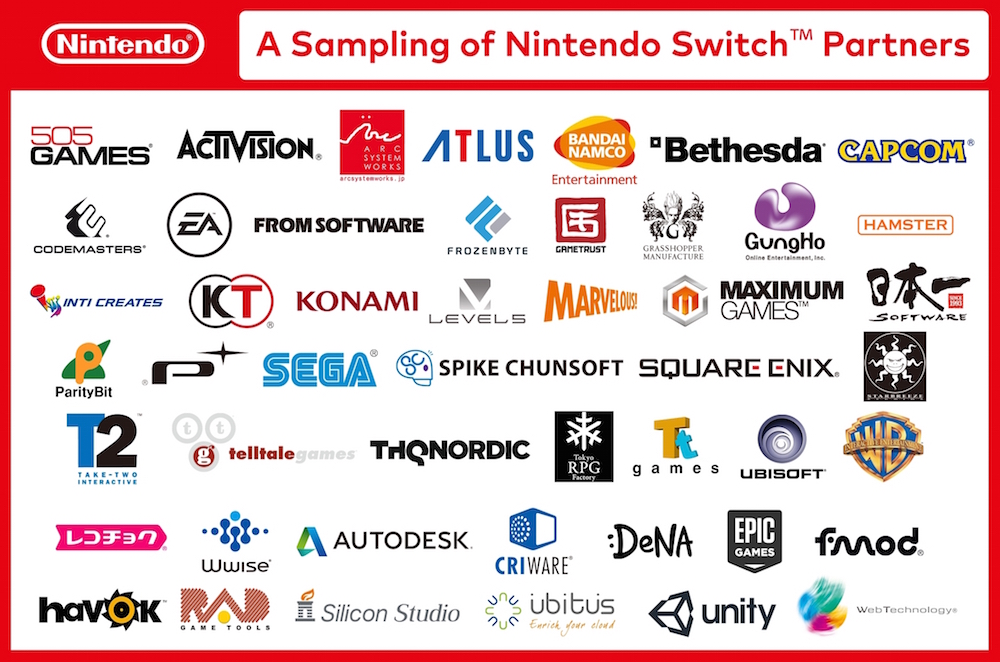