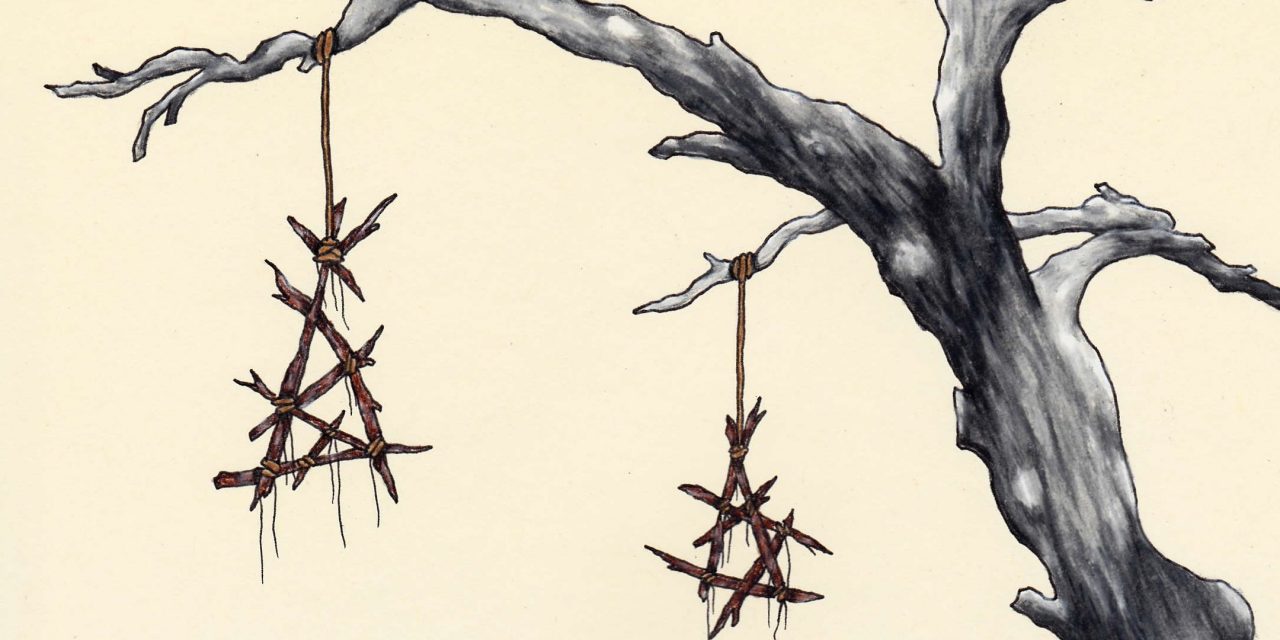 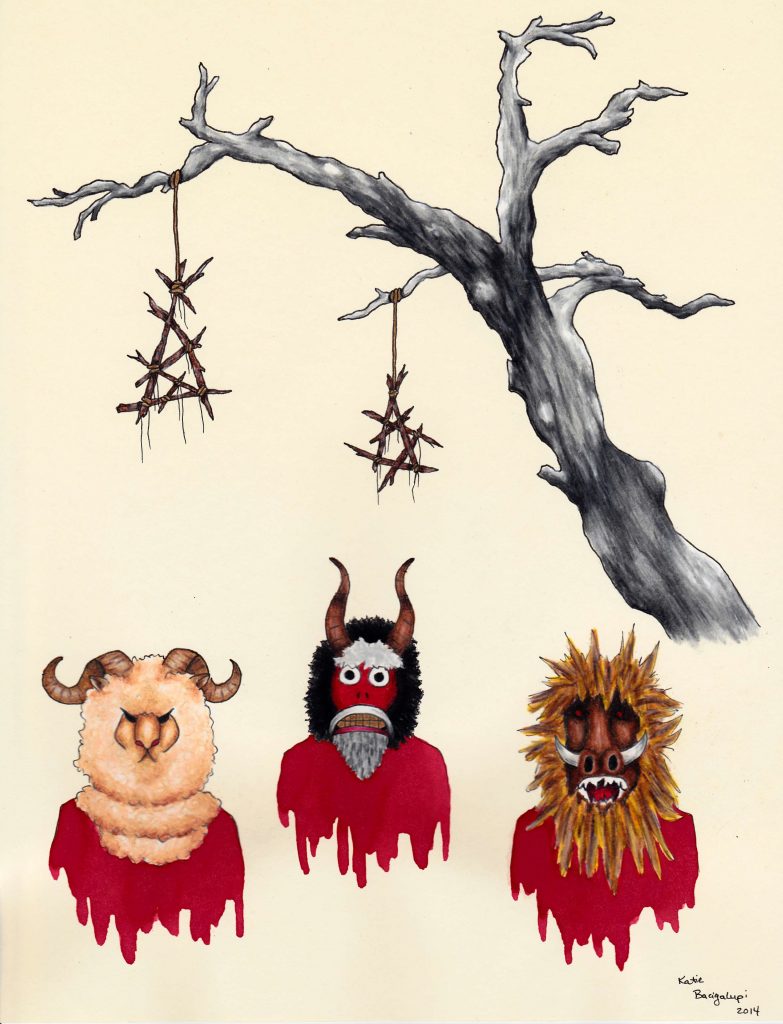 “If the only thing keeping a person decent is the expectation of divine reward then, brother, that person is a piece of shit.” –Rust Cohle

Alright, alright, alright. I’m not here to give you a glowing and critical analysis of the first season of HBO’s TRUE DETECTIVE. This review won’t be full of deep insights, long explanations concerning the metaphysical meanings behind everything, and I promise not to use fancy-schmancy words that you will have to look up on your iphone dictionary app. and then later pretend you knew the meaning all along. No! What I am going to do, however, is explain to you why TRUE DETECTIVE is so damn good. Ya know, the kind of good that does not require a long-ass critical analysis (boring!). Kind of like the smell of doughnuts when you walk into a bakery. It’s just damn good people. And yes, I realize I am feeding the hype-machine for those of you who have yet to see this show, likely causing you to max out your expectations only to be let down because you conjured up some glorious version that just does not exist. But alas, It’s some of the best TV I’ve ever seen and I highly recommend you stop reading now, go watch this 8 episode first season, and then come back and compare thoughts. You’ll be glad you did. See you once you watch this.

“I think human consciousness, is a tragic misstep in evolution. We became too self-aware, nature created an aspect of nature separate from itself, we are creatures that should not exist by natural law. We are things that labor under the illusion of having a self; an accretion of sensory, experience and feeling, programmed with total assurance that we are each somebody, when in fact everybody is nobody. Maybe the honorable thing for our species to do is deny our programming, stop reproducing, walk hand in hand into extinction, one last midnight – brothers and sisters opting out of a raw deal.” –Rust Cohle

Ok, you here again!? I know right! What a great show! Let’s start with the overall story here. TRUE DETECTIVE tells the tale of detectives Rust Cohle (Matthew McConaughey; MUD) and Marty Hart (Woody Harrelson; ZOMBIELAND) spanning a 17-year period where they are attempting to solve a brutal and mysterious murder case in the backwoods of Louisiana all while butting heads and arguing over just about everything there is to argue about. At first glance, this show is a bit of a “slow-burn” in the sense that it mostly runs at a smooth somber pace. But just when you get all snuggly on you’re comfy little couch, some bat-shit crazy thing happens that has you murmuring at your television screen whilst you emotionally sweat all over yourself. It can be intense. The very structure of this show really makes it shine. It’s just 8 episodes (8 hours) in length, it’s a self-contained story that will not continue next season, and the cast and crew next year will pretty much be completely different. So yeah, it’s a mini-series being called a television show I suppose. Whatever. Good is good.

“The newspapers are gonna be tough on you. And prison is very, very hard on people who hurt kids. If you get the opportunity, you should kill yourself.” –Rust Cohle

The plot in TRUE DETECTIVE is phenomenal yet somewhat familiar. What set’s it apart is really just the meshing of all its finely tuned elements including direction, cinematography, acting, blah, blah, blah. Sure it can be labeled a “crime series” or “cop drama”, but throwing it in the same basket as say NYPD BLUE would be a mistake. Being on HBO helps a lot since the creators can create free from censorship. Boobs, blood, and a buncha foul mouths round out this experience. A good thing if you ask me. Basically, TRUE DETECTIVE is an 8 hour long onion with a multitude of layers that will frighten you, creep you out, keep you guessing, and even force you to ponder the great mysteries of our universe. Yes, it can be pretty deep thanks to the glorious writing and priceless word-vomit phrases that spew out of Detective Cohle’s beer guzzling pie hole.

“Back then, the visions…most of the time I was convinced that I’d lost it. But there were other times, I thought I was main-lining the secret truth of the universe.” –Rust Cohle

The characters. Ah yes. Arguably my favorite aspect here. Sure we have some great bit parts here and there (some familiar HBO faces!) and a strong performance by the likes of Michelle Monaghan (MISSION IMPOSSIBLE 3) as Marty’s wife Maggie, but the true stars that shine here are McConaughey and Harrelson as Rust and Marty respectively. Their chemistry is unmatched and is truly one of the best cop team-ups in recent memory. They mostly loathe one another, but there is this underlying level of respect that grows like a stale Chia Pet over the course of the series. It’s really something to behold. They bicker, they fight, they help one another, then hurt each other physically and emotionally, but dammit they endure. Watching them coexist in this world was extremely entertaining. I can safely say they are both in top form here as actors. I admit McConaughey has officially grown on me (something I never thought I would say) and is turning into one of my current favorites in the industry (watch MUD!). And while I’ve always loved Woody (CHEERS anyone!?), he continues to gain my respect and admiration for roles like this (and ZOMBIELAND!). Having this only be an 8 episode commitment really let HBO nab some top talent and they really could not have chosen any better. These performances set a new bar for me. I just wish I could watch these two longer.

“Life’s barely long enough to get good at one thing. So be careful what you get good at.” –Rust Cohle

TRUE DETECTIVE really is something quite special. I don’t mind over-hyping this show because I still think people will respond positively to it whether I put it high atop a pedestal or not. It’s the kind of show that just has that special kind of “hook” that just won’t let you go. I was always immersed in the often creepy and dark story, in awe at the beautiful direction and cinematography, and mesmerized by the two main characters Rust Cohle and Marty Hart as they struggled through this 17-year old story. All of these finely tuned elements just decided to have a group marriage and it all worked out so wonderfully. And I included all my favorite Cohle-quotes throughout this review because me explaining them to you would just not cut it. The writing is so top notch I often had to sit back and let it all sink in. TRUE DETECTIVE really does force you to ponder a lot of things in such a small amount of time. And I will not spoil the ending, but I guarentee it goes down a tonal path you likely didn’t think it would. It’s just such a gift to be so captivated by a show again (not since LOST for me), and I look forward to the day this set comes to Blu-Ray so I can immediately buy it and watch it all over again.

“Well, once there was only dark. If you ask me, the light’s winning.” –Rust Cohle