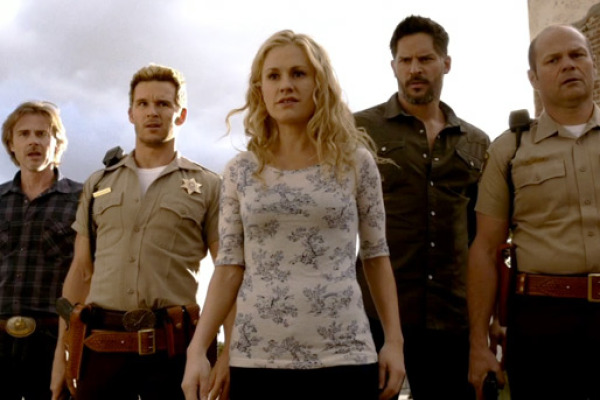 Fans of HBO’s TRUE BLOOD finally get a glimpse of what can be expected in the 7th and final season of the show. Each season thus far has had a loose theme usually dealing with some type of beast or monster. It looks like this final season is going to attempt to ride the zombie-wave that has been flowing over Hollywood lately with what looks like the introduction of zombie-vampires. Cool! Have a look at the first official teaser below.

Alright. I’m cool with this. I am a pretty huge fan of TRUE BLOOD and am just glad that the series will be able to have a true ending instead of just getting canned like other HBO shows I’ve enjoyed (CARNIVALE, DEADWOOD, and ROME come to mind). In any case, if this teaser is any indication, it looks like we are in for one hell of a bloody ride this summer. I wonder who will survive.