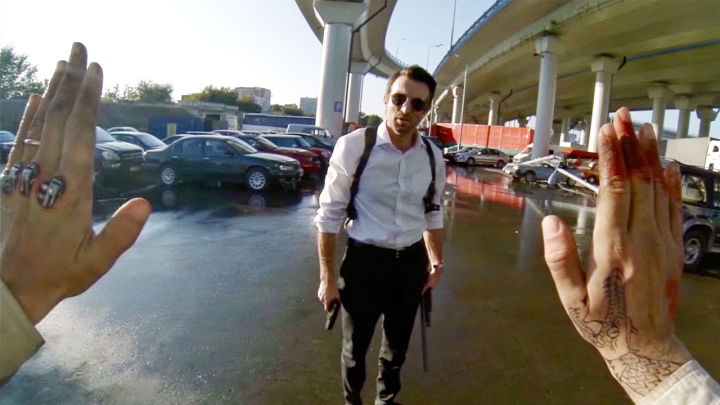 Alright. Either this is going to really really work and be amazingly awesome…or, you know, it’ll blow. I guess you could say that about any film, but what HARDCORE HENRY is doing is pretty damn experimental. An entire movie shot in first-person! Yeah, yeah, Dwayne “The Rock” Johnson’s DOOM had a short scene kind of like this and video games do it all the time, but the ENTIRE movie!? Like I said, either this will work or it will be super bogus. I admit it has some potential.

Take a sniff at this short synopsis from STX Entertainment:

A first-person action film from the eyes of Henry, who’s resurrected from death with no memory. He must discover his identity and save his wife from a warlord with a plan to bio-engineer soldiers.

Ok, cool. It appears to be campy, fun, and full of energy. I can get down with that. I will most definitely see this film. Add in DISTRICT 9’s Sharlto Copley and PULP FICTION’s Tim Roth and you have higher potential for success. Director IIya Naishuller hasn’t yet proven himself to the masses so we will just have to see if he can handle a film of this scope.

Will you give it a shot!?