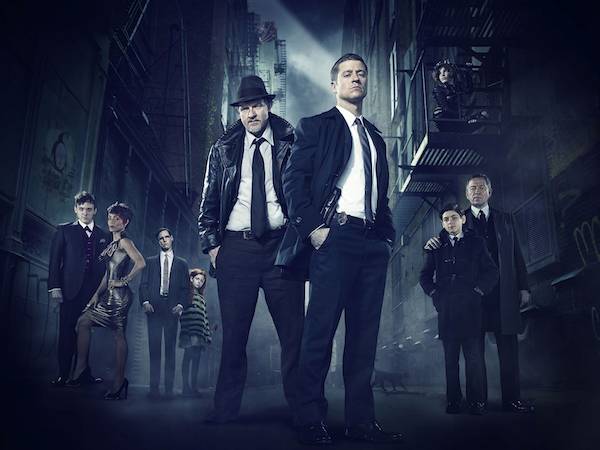 The prequel can be a tricky coin-toss when it comes to quality.  Just ask STAR WARS.  Stretching out the concept of seeing our favorite characters before they were our favorite characters over the span of a television series is even trickier.  Just ask SMALLVILLE.  Despite being a fan who embraced everything related to the pre-Superman property, even I’ll admit that the show, while boasting some engaging themes regarding the world’s most iconic superhero coming of age, was not immune from venturing into some truly idiotic territory.  That, and the longevity of that series kept fans constantly dragged by their collective leash in anticipation of finally seeing their beloved Clark Kent take flight.  With the new DC show GOTHAM, there exists a new challenge: tell a Batman story without involving the Dark Knight.  His younger self will be around, but he won’t be the focus.  His future supporting players are the stars of the show.  That seems like a hat trick and a half, but based off of the Pilot episode, it looks as though GOTHAM stands poised to deliver.

Right out of the gate, GOTHAM gets to work.  The opening scene has a prepubescent thief named Selina Kyle (Camren Bicondova) witnessing the murder of billionaire philanthropist Thomas Wayne and his wife Martha right in front of their son Bruce (David Mazouz).  The masked assailant walks off into the night to leave the young boy behind to let out a bloodcurdling and emotionally-charged scream that will give any Batman fan goosebumps.  It’s all there in the first 5 minutes: the murder, the trauma, the darkness.  You half-expect the show to continue following this kid as he starts down his path to becoming a vigilante.  But in reality, the murder of the Waynes is only a catalyst that kick-starts the conflicts to come and pushes ahead with the show’s theme of exploring the balance between law and order and absolute evil in a city as twisted as Gotham.

Enter our actual lead characters: Detectives James Gordon (Ben McKenzie) and Harvey Bullock (Donal Logue).  They are assigned the Wayne murders and both men could not have more opposite an outlook on the case.  Gordon is the stalwart optimist, making a vow to young Bruce that justice will be served.  Bullock is bitter and cynical, playing it off as “just another day” in the city and is clearly uncomfortable with turning over anymore rocks to uncover the truth.  Indeed, the truth appears all too ugly as their investigation leads them into trouble within their own corrupt police department and against a malicious gangster named Fish Mooney (Jada Pinkett Smith) and her duplicitous henchman Oswald Cobblepot (Robin Lord Taylor).  From there, GOTHAM doesn’t stop getting its hands dirty.

This show is enjoyably bleak.  Every attempt by Gordon to get results “by the book” seems like a constant uphill battle.  You can sense the corruption oozing out of every crevice of this town.  The city may not yet be populated by colorful villains, but seeing the genesis of some of their trademark idiosyncrasies is pretty entertaining.  For example, GCPD coroner Edward Nygma (Cory Michael Smith) can never give a straight answer and baits our frustrated detectives with questions and riddles.  Lord Taylor’s Cobblepot suffers from an inferiority complex and a short fuse related to his appearance and nickname of “Penguin.”  It’s winking at the audience, but thankfully it’s not over-the-top and doesn’t feel out of place in the world dynamic.  These do feel like long-established character traits and not little Easter Eggs for the DC crowd.  They’re not playing them at Frank Groshin or Burgess Meredith levels of villainy.  They’re just people…severely damaged-yet-captivating people (I wouldn’t be surprised if Lord Taylor as Cobblepot becomes the show’s resident scene stealer).  About the only character that feels unnecessarily forced in is an appearance from a young pre-Poison Ivy (Clare Foley) who just plays with plants and calls Gordon a “bastard” thus cementing her decades-long blood feud with him as a supervillainess…I guess???

Thankfully, we’ve got an entertaining and ballsy villainess in the form of Fish Mooney.  I’ll admit that I initially wasn’t too thrilled to hear about Pinkett Smith’s involvement with GOTHAM in playing an original character.  Not that I think she’s a bad actress, I just felt her celebrity status would be something of a distraction from the end product.  But over the course of the Pilot, Fish won me over with her “go for broke” attitude as a femme fatale.  Her confrontations with Gordon and especially with her lackey Cobblepot are some of the highlights for me.  Anyone who can make the future Penguin piss his pants with fear is someone not to mess with.

As can be expected with a series premiere, there are several subplots that need to take root: uncovering the identity of the Waynes’ true killer, the corrupt law enforcement, Gordon’s fiancee Barbara (Erin Richards) keeping secrets from him, the rise of Cobblepot, escalating gang wars, Bullock’s duplicitous nature and the gradual evolution of both the future Batman and his rogues gallery.  It may feel like a lot, but the show shines brightest when it focuses on two important relationships: Gordon mentoring Bruce Wayne and Gordon and Bullock’s conflicting work ethic.

Ben McKenzie as Gordon is a terrific lead.  He has the right amount of screen presence and charisma to portray Gotham’s last honest cop.  Casting Donal Logue as the first-ever live action Harvey Bullock is sheer brilliance as he quickly became one of my favorite characters.  He’s clearly got several layers to him as Bullock is not immune to the corruption, secrecy and complacency that has crippled the city’s infrastructure.  But he’s not completely irredeemable as he demonstrates a base level of respect for Gordon despite their partnership being antagonistic 90% of the time.  On the opposite end, you have Gordon’s budding friendship with Bruce Wayne.  The episode is bookended by him at first comforting the young boy immediately after his loss and then ending with him instructing him in the ways to properly channel his grief, fear and anger…much to the chagrin of Bruce’s butler/guardian Alfred Pennyworth (Sean Pertwee).  Young Mazouz seems tailor-made for the role of Bruce and by the end of the Pilot, you can already see something dark and obsessive brewing behind his eyes.  The only real complaint I can find about him is that by the time he’s Batman age, most of his villains will be geriatrics.

I’m hoping this show can survive the harrowing terrain that is the FOX broadcast schedule.  Even more so than the Nolan films, this show has succeeded into turning Gotham City into a character and making me invest in supporting players that I had never really given much thought to in previous interpretations.  It may have been quick to get all of its important plot points out in the open, but I hope that it can take its time to fully explore the machinations and characterizations of its cast without having to resort to obvious foreshadowing like some of its predecessors have done before.  And yes, there will always be that section of the fan base bitching and whining about why Batman isn’t front and center (you know, aside from the fact that he’s just a little kid in the story). I’m perfectly fine with following the weekly exploits of James Gordon and Harvey Bullock until that day arrives.

Check out Mike’s McGTV video log on the GOTHAM premiere: 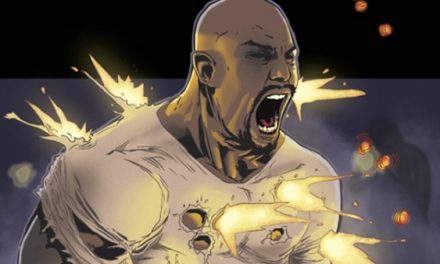 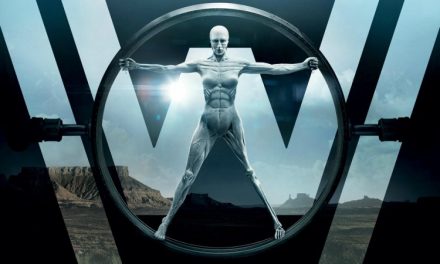 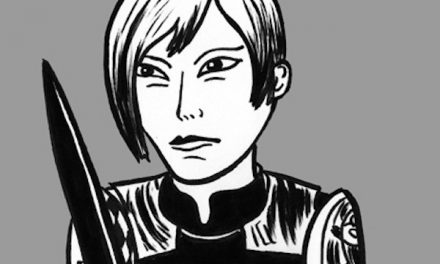