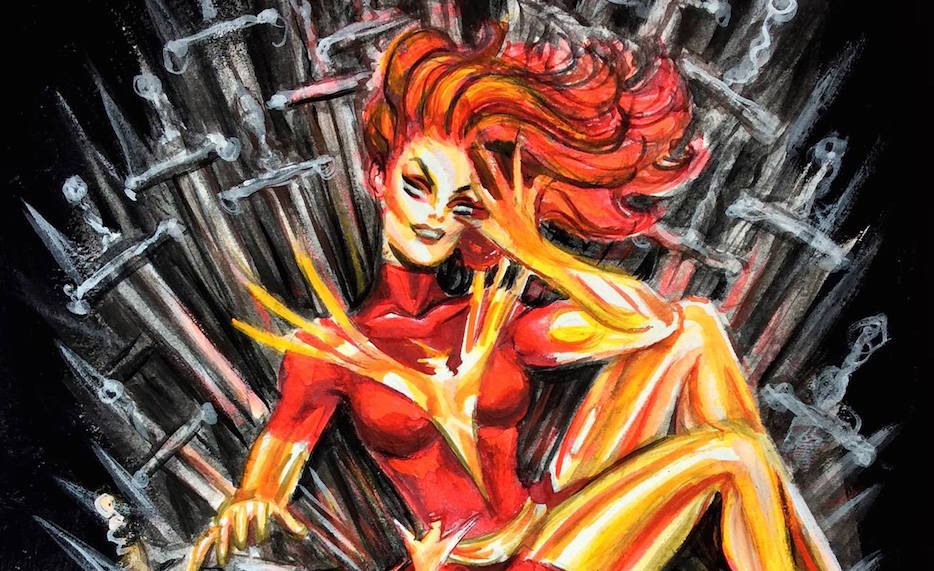 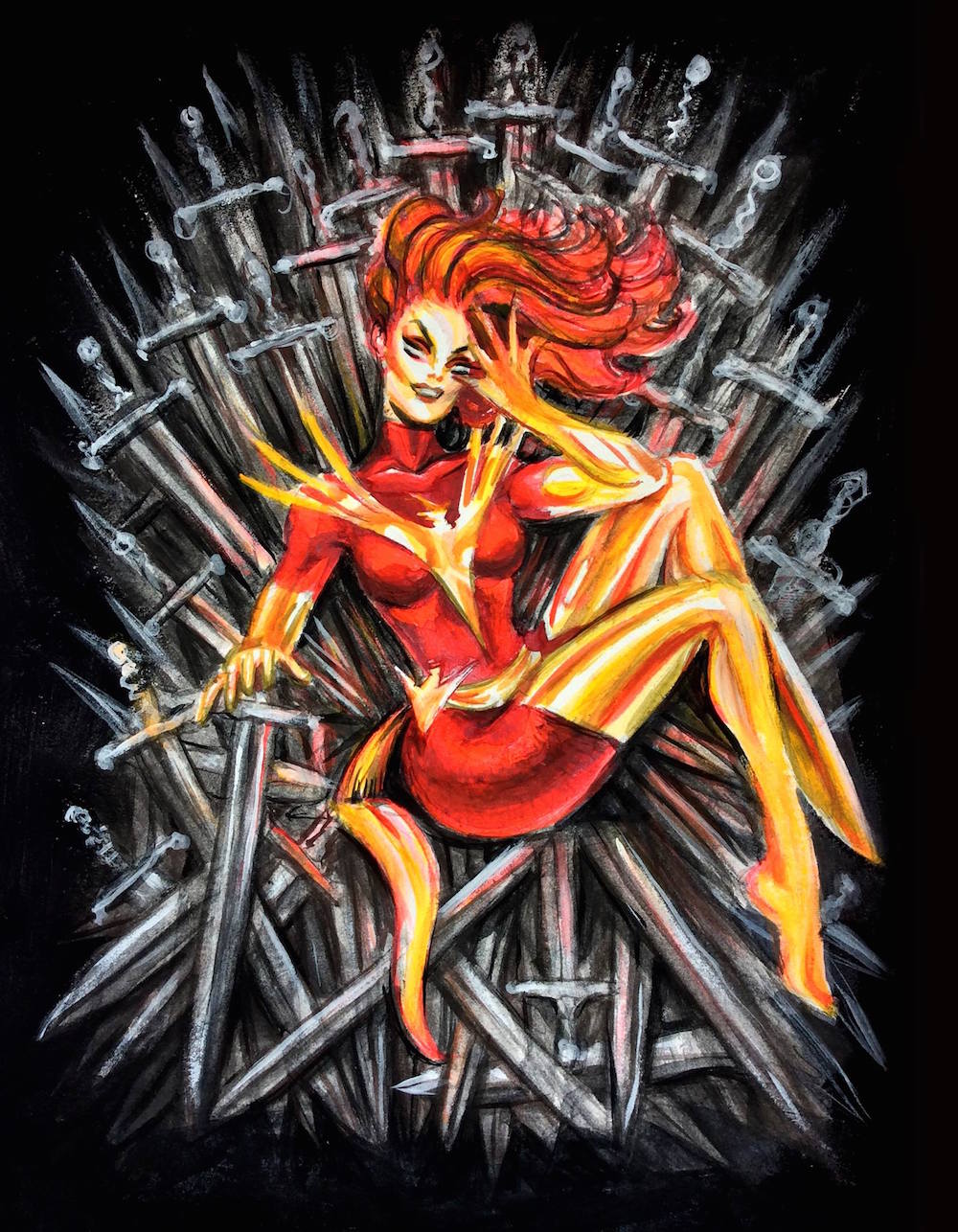 Winter is coming and so am I. Hot damn that was an amazing season of GAME OF THRONES. Anyone worried that the show would weaken now that we have surpassed George R. R. Martin’s books can drop their shoulders and relax. There’s a lot to love about this 6th season and I have zero worries that it will be anything but spectacular until the end. And as of now, it looks like we will be getting 2 more shortened seasons. The endgame is in sight, and this season, while great on its own, served as a wonderful gateway to the end game.

I’m not going to try to sell you on this show even though I will be gushing until the end of this review. You’ve heard of it. You’ve either watched it or you haven’t. If you have, you know it’s one of the best damn shows ever made. If you haven’t, you are either a stubborn-ass book purest or just too busy…or both. Either way, get off you high horse, stop making yourself important in the “real world” and get your happy ass if front go some HBO NOW and catch up already. Ok, so I just tried to sell it to you. I lied. I’m just glad to know that if a new book does come out, I can sit behind you and scoff saying “Phsss, that’s not how it happened.” I’m kidding, I love books. Basically, I’m trying to tell you I just want to talk about the season instead of review it. So here’s the “reviewy” part of this review…watch GAME OF THRONES you idiot.

Alright, now that that’s out of the way, let’s talk about season 6. First thing’s first. The cold dead white elephant in the room…Jon Snow. After the final scene in Season 5 left us in uncharted Snowless waters, HBO just went ahead an brought him back through the magical powers of the hottest and ugliest witch of the North Melisandre. While here true physical identity being revealed was great, bringing Jon back so quick and with zero repercussions was a miss in my book. There was so much opportunity here. He could be a changed man, cured, mad, not himself, or any other cool fantasy-based thing you can think of. Nope. He’s just his same mopey bordering bad-ass self again. Done. Welcome back Kotter Snow. And since I’m telling you something I didn’t like about GAME OF THRONES season 6 after promising nothing but gushing I’ll tell you one more thing that bothered me a bit. The lack of unpredictable. This season had glorious moments and defining scenes, but they were all a but predictable and could be seen a mile away. Where were the curve balls! A nitpick I know, but it’s such a staple for the franchise that it was missed this season.

Speaking of Jon, it was cool to finally reveal his parentage and it made a lot of sense to revel this now. He has Stark blood running through his veins! And while a lot already called this, it was cool to solidify it as Throne-fact. Since we are on topic, let’s just get the Starks out of the way. Yes it was cool seeing Benjen return. Sansa is the badass we always knew she could be as she slowly resembles her mother strong will and all. Bran’s journey is the most “fantasy” of them all and has some great moments this season. And while Arya’s adventure has been a bit slow since she joined up with the “Faceless Men” she finally got to wash her hands of it all, learn some cool new powers, and is able to continue her journey for revenge with that ass hole Walder Frey and his boys first on the menu. She is back on the path she should be on gutting those who deserve it. Pretty cool stuff.

The best part of this series by far was the return of my favorite character…The Hound. His “death” was off screen a few seasons back so we knew he would be back.  Right!? THRONES loves to show their deaths in all their gory detail, so leaving that old bastard slumped up against a rock pretty much said he’s not done for good…just for now. But he’s back, and like Arya, continues his quest for death. And Ian McShanes cameo as the reformed killer was just perfect. Short lived, but perfect. Nice touch.

And hold the door! Hodor broke all our hearts this year as we learned a bit about his origins. We learned the true meaning of his name and now it’s one of the most horribly quoted lined in pop-culture nerd land. We all have that one friend who takes his Hodor impression too far and goes “full Hodor”. You know I’m right and your thinking of that son of a bitch right now with a guilty smile on your damn face aren’t you. I know I am.

I’m out of breath and I think there are a lot more characters to talk about. Daenerys is a big one right!? Yeah, for 6 years all she has done is overcome insurmountable odds, recruit the toughest fuckers in all the land, raise 3 dragons, and walk around naked through fire. Yes, she is fast becoming one of my favorite characters. And seeing her own shit on the back of a dragon and finally lead her army through the seas was epic as all hell. Whether she comes out on top in the end is yet to be seen, but one thing is for sure, she’s not going anywhere without one hell of a huge ass fight. I can’t wait to see that. It just fills me with pure glee thinking about that. And close to her side this year we had Tyrion who didn’t have a lot to chew on this season, Missandei and Grey Worm who need to cheer up, Varys who is as maniacal and mysterious as ever, and another of my favorites Jorah Mormont who now must cure his poisonous infection at the request of Daenerys herself. And that old son of a gun will do it because she requested it. Can’t wait to see his return!

By far the best episode, was the “Battle of the Bastards” where Jon Snow battled against the forces of Ramsay Bolton. This episode redefined “epic” and showed some of the best war time battle sequences I’ve ever seen. Seriously, it was amazing. My jaw didn’t drop, it fell off. And while this entire episode was predictable as hell with no curve balls, it didn’t matter because it was so well executed and masterfully shot. Ramsay will be missed in this universe but he went too far for too long. He had to go. And it was a gloriously brutal end for his at the hands of Sansa and the mouths of his “loyal beasts”.

Then we have Cersei and King’s Landing. Holy crap she rules. And that black outfit! The whole plot surrounding the High Sparrow, his cult, and Margaery had to end and boy did it! Nobody should mess with Cersei, she’s mad! The intro to the last episode was her finest moment and she basically just wiped out everyone in her direct way so she could claim the iron throne for herself. She’s a badass. Jaime got out just in time and conveniently came back just in time.

Damn that was a to to cover and I’m sure I missed a ton with the likes of Theon, Samwell, Littlefinger, Davos, Brienne, Davos, and many more not even mentioned! Blasphemy! I just don’t have the time and neither do you! All you need to know is GAME OF THRONES is where it’s at and season 6 was extremely glorious in all the right way. Battles were fought, giants fell, huge characters perished, huge characters returned, heart strings were pulled, door were held, dragons breathed fire, shit blew up, dogs got fed, horses got rode, people traveled curiously fast, revenge was had, and the whole damn deck was shuffled paving the way for more to come! GAME OF THRONES is nearing an end and I see absolutely nothing but great things ahead!