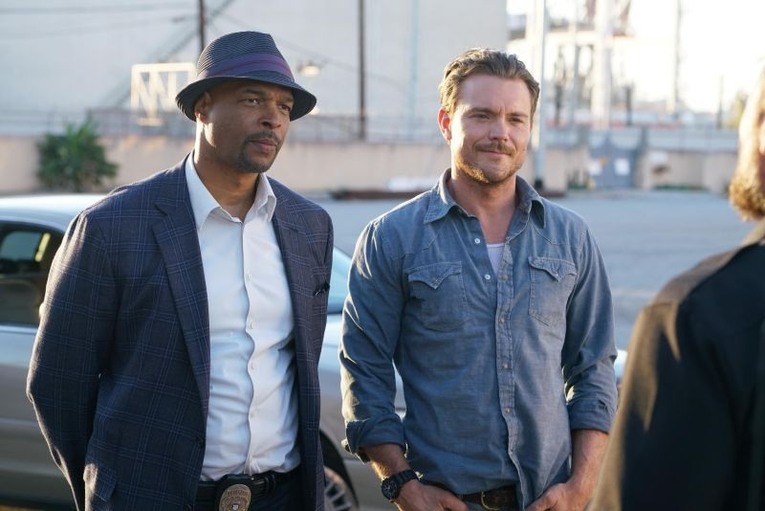 Nothing will replace the original LETHAL WEAPON. It’s the perfect “buddy cop” franchise. It worked on so many levels. The chemistry between Mel Gibson’s Riggs and Danny Glover’s Mertaugh is unmatched. One a suicidal wildcard due to the tragic loss of his wife, the other a stressed out and overworked family man who’s been on the force way too long. So good. Such a good recipe for entertainment. The original films had heart, comedy, amazing action, and a hard R rating to coat everything in some delicious grime. Violence, sex, and tawdry language was the name of the game and it all cooked in the oven creating one hell of a dish. Dumb ass analogies aside, it all just worked. So why try and recreate it all? And on network TV? I’ll tell you why…because Hollywood. We are all knee deep in remakes, reboots, prequels, sequels, and squeakwels. They all exist and will continue to exist no matter how much we complain. Personally, I like to embrace the madness and approach any remake with an open mind because the original source material will always be there and no one can take that away from me. And hey, sometimes these things work out.

Let’s start with the leads. I have to admit Clayne Crawford’s Riggs is pretty great. He’s different enough from Gibson so I never really found myself comparing the two all that much. He’s charismatic as hell, has good comedic timing, and can turn on the badass without warning. I’d say he was the best thing about this pilot. And I don’t want to shortchange Wayans. He was great too, but just didn’t get the spotlight as much as Crawford. And let’s be honest, the suicidal wildcard eating a slice of pizza while walking out of an exploding building where he just shot down a handful of bank robbers and saved a bunch of hostages is a bit “cooler” that the uptight veteran cop and family man with some heart complications. But that’s the beauty of this “Odd Couple” formula. And it works pretty great here just like it did back in 1987. And while a few peripheral characters popped in, including FAST & FURIOUS star Jordan Brewster, the main focus was on the two men. Good call. Ok, so yeah, the two leads are pretty great. Check.

Next let’s get to the violence, sex, and bad language that are staples of the film franchise. I was surprised at how dark this premiere episode got. Viewers went to a few dark places with Riggs in just 45 short minutes really setting up the character well. I give props to Fox for giving us an edgy and suicidal lead. My heart strings were tugged for the guy a few times. Unexpected. And while blood isn’t splattering, there is a decent amount of brutal gunplay even if it’s mostly off screen. It kind of worked and was still effective without looking like a Tarantino flick. Sex. Not so much. And even if there ever is, you know strategically placed sheets will be the name of the game. Highlander the TV series this is not. And bad language? Not a chance. We got an extremely predictable nod to “I’m too old for this shit” but was cut off right before the shit. Lame. Fox literally didn’t give a shit.

So this wasn’t very “Lethal Weapony” for a show called LETHAL WEAPON. But I have a theory about that and remakes in general. If this show wasn’t a tie-in to an already established franchise would I have enjoyed it just for what it was? In short, yes. I mean, it was a fun pilot with two great leads surrounded by some cool action and fun ideas. My nagging concern is LETHAL WEAPON falling into that bullshit procedural cop drama formula that we see in crap like HAWAII FIVE-O. If Fox decides to break that safe formula and give us a strong narrative I may stick with this one for awhile. I already like the characters so please don’t send them to procedural cop drama hell. All in all this was a pleasant surprise. Pretty decent start. Fingers crossed.