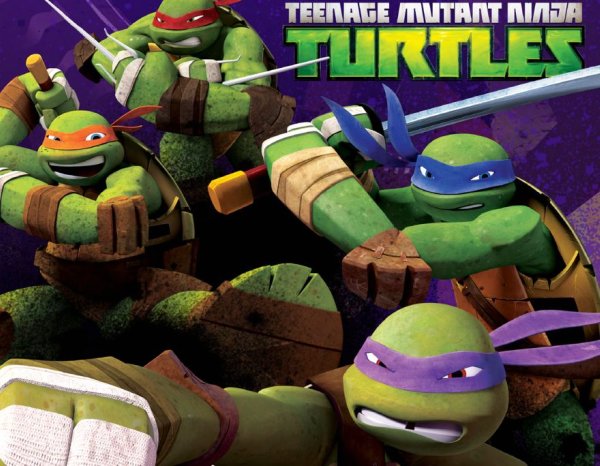 Seems like the TEENAGE MUTANT NINJA TURTLES are popping up in the headlines a lot lately due to the live-action reboot from producer Michael Bay (TRANSFORMERS Series) recently being delayed until 2014. Some say it’s because of fan’s disapproval of rumors suggesting that the live-action reboot would give the turtles an alien-themed origin story. With the live action reboot on the back burner, I think now is the perfect time to get the turtles back on TV where most kids around the world fell in love with the heroes in a half shell.

Nickelodeon recently acquired the global rights to the TEENAGE MUTANT NINJA TURTLE franchise from the Mirage Group and 4Kids Entertainment. They have wasted little time and are rebooting the franchise with a new CGI-animated TV series that will begin airing this fall on Nickelodeon. The new show, simply titled TEENAGE MUTANT NINJA TURTLES, has at least a 26-episode run planned so far and looks to capture the spirit and style of the classic 80’s cartoon. Check out the plot synopsis via Nickelodeon’s website and first official trailer below and see what you think:

Leo, Donnie, Raph and Mikey are mutant turtles who have been trained in the art of ninjutsu by their rat sensei, Master Splinter. Emerging from their sewer lair, the reptile brothers confront the wondrous world of New York City, facing villains more dangerous and pizza more delicious than anything they could have imagined. Through battles with Shredder, the Kraang and loads of super-powerful mutants, the Turtles learn to rely on themselves and each other as they grow to become the heroes they are destined to be.

Keeping in mind that this show IS geared towards children, I dig the vibe I am getting so far and the prospect of some cool Shredder battles! The trailer seems to suggest that this show will have equal parts action and comedy much like the 80’s cartoon it is inspired from. The voice cast behind the Turtles is also something worth noting. Sean Austin (THE LORD OF THE RINGS Trilogy, THE GOONIES) voices the rebelious Raphael, Jason Biggs (AMERICAN PIE Series) voices the leader Leonardo, Greg Cipes (Beast Boy in NEW TEEN TITANS) as Michelangelo the party dude, and Rob Paulsen (BEN 10) as Donatello who was actually the one who voiced Raphael in the original cartoon. There is your fan fact for the day!

One final thing to note. If you are anything like me and have had turtle-fever for over 20 years, I highly recommend checking out the IDW published “Ultimate Collections” of the original TEENAGE MUTANT NINJA TURTLES comic books created by Kevin Eastman and Peter Laird. Volume 1 and 2 are out now with volume 3 due on August 7th 2012. They are beautiful over-sized hardcover editions that are well worth your dollars. IDW has also re-launched the comic book series with original co-creator Kevin Eastman onboard. This on-going series is currently on issue #11 which can be found on store shelves today!

In the San Francisco area looking for your next Teenage Mutant Ninja Turtle comic book fix? If so, Check out MISSION: COMICS & ART. They’ve got you covered!