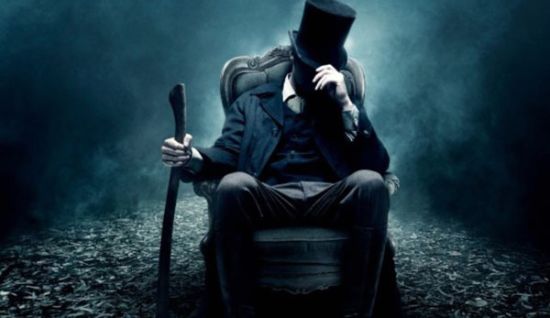 Today we get the much anticipated first trailer for ABRAHAM LINCOLN: VAMPIRE HUNTER directed by Timur Bekmambetov (WANTED) and starring Benjamin Walker (FLAGS OF OUR FATHERS) as Mr. Lincoln himself. The film is based on the book of the same name written by Seth Grahame-Smith (PRIDE AND PREJUDICE AND ZOMBIES) who also serves as the writer for the movie screenplay. Here is a quick plot synopsis thanks to joblo.com.

“ABRAHAM LINCOLN: VAMPIRE HUNTER explores the secret life of our greatest president, and the untold history that shaped our nation. As a young boy, Abraham Lincoln witnesses the shocking death of his mother, leading him on a path to an ongoing war – and ultimately to the presidency – he chronicles in a hidden diary. The journal reveals the incredible story of a clandestine warrior who never stopped fighting for the country he led and the people he loved.”

I admit I was not prepared for how awesome this trailer was going to be. This film is now one of my most anticipated films of summer 2012 and that should say a lot seeing how we are getting big blockbusters such as THE AVENGERS, THE DARK KNIGHT RISES, and PROMETHEUS. Stop reading and watch the trailer already! So cool!